“But Mama, where did the tiger cub go?” 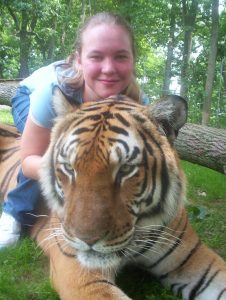 big cats in need of rescue?

Submit your comments today to the USDA asking them to STOP allowing public contact with dangerous animals – cubs or adults. If we want to help end the non-stop breeding by exhibitors who use these animals for photo ops, pay-to-play or feeding sessions, now is the time.

We can put an end to this – with your help! The USDA is asking to hear your thoughts and they’ve made it easy for you to click on the COMMENT NOW tab you’ll find HERE.

Those who profit from breeding and exploiting are commenting. Won’t you please speak up today on behalf of these voiceless animals? We’ve included example comments to inspire you below this video.

Here are some examples of comments for the USDA comment link:

EXAMPLE: “I am opposed to general public contact with dangerous exotic animals of any age. My concern is where will all these animals eventually go when they’re of no use anymore? When dangerous animals are used as photo props or pay-to-play exhibits, they have a short shelf life. That means more and more are being bred to supply the demand. These animals become a public safety risk when they outgrow their usefulness, if they survive at all. It’s time to end public contact altogether.”

EXAMPLE:  “Dangerous and cruel wildlife petting opportunities and photo sessions fuel a brutal cycle of breeding, exploiting, and ultimately dumping baby animals. This industry carelessly and greedily mistreats animals for profit, seriously endangers the public, fuels the exotic pet trade, and creates a deep burden for both law enforcement and wildlife sanctuaries, like those accredited by the Global Federation of Animal Sanctuaries. It’s time to end all public interaction with big cats, bears, and primates, once and for all.”

EXAMPLE:  “Infant animals should never be forcibly separated from their mothers and hauled around in a cage, used as props for interaction of any kind. People should no longer be misled about the immense safety risks associated with these exploitative interactions – for the public and the animals involved. Urgent and comprehensive regulatory reform to eliminate dangerous public contact with exotic animals is essential.”

What the USDA is most interested in is public comment on these 8 questions if you have time to address them, too. We’ve provided examples of comments for you, too:

1. What factors and characteristics should determine if a type of animal is suitable for public contact? When the Animal and Plant Health Inspection Service (APHIS) describes an animal as dangerous, there are certain characteristics we use to classify the animals, such as the size, strength, and instinctual behavior of an animal, risk of disease transmission between animals and humans (i.e., zoonoses such as Herpes B), and ability to safely and humanely handle (or control) the animal in all situations.

EXAMPLE: “I do not support exotic animals being used for public contact. It is a gross misrepresentation to allow the general public to handle exotic animals and then expect them not to see the dangers they inherently possess. It creates a false notion of who these animals are and what they’re capable of doing. It encourages a mindset that these animals can be bought and bred to be pets and that it’s appropriate to interact with them at any age. It is irresponsible and dangerous to foster a view that is far from reality, especially considering these animals are apex predators.”

2. What animals should APHIS consider including under the definition of dangerous animals? For example, are all nonhuman primates dangerous? We currently identify some animals as dangerous, including, but not limited to, nondomestic felids (such as lions, tigers, jaguars, mountain lions, cheetahs, and any hybrids thereof), wolves, bears, certain nonhuman primates (such as gorillas, chimps, and macaques), elephants, hippopotamuses, rhinoceroses, moose, bison, camels, and common animals known to carry rabies.

EXAMPLE: “Apex predators, no matter their age, should be considered dangerous animals. I also believe any animal that is exploited, abused, malnourished, or deprived nurturing and normal developmental growth opportunities can become dangerous. This is why I do not support general public contact with exotic animals.”

3. What animals may pose a public health risk and why? What risks does public contact with dangerous animals present to the individual animal and the species and why?

EXAMPLE: “Animals taken from their mothers far too young and who do not receive the nutrition nature would provide can have compromised immune systems. Many exotic animals are carriers of zoonotic diseases, such as Herpes B, Monkey Pox, and Salmonellosis, all of which are communicable to humans. When these animals are overhandled, constantly transported, drugged, overexhausted, declawed and defanged, their resultant poor health can pose a serious public health risk, too. Physicians are generally uninformed as to zoonotic conditions affecting exotics and animal owners/exhibitors themselves often are poorly informed. Allowing contact with the general public, who may be immuno-compromised themselves, is irresponsible and should end.”

4. What are the best methods of permanent, usable animal identification for dangerous animals?

5. What are the most humane training techniques to use with dangerous animals?

EXAMPLE: “I do not have an answer for this question.”

7. What industry, organizational, or governmental standards have been published for the handling and care of dangerous animals?

EXAMPLE: “The only standards I support are those published by the Global Federation of Animal Sanctuaries.”

8. What constitutes sufficient barriers for enclosures around dangerous animals to keep members of the public away from the animals? What methods (structures, distance, attendants, etc.) are needed to prevent entry of the public into an enclosure and keep the animal safe while still allowing for meaningful viewing?

EXAMPLE: “Though I don’t agree with placing dangerous animals on exhibit, I believe captive wildlife must have, at minimum, structurally sound enclosures that allows adequate space for roaming and foraging in a natural setting that mimics their typical habitats in the wild. Public barriers should be placed 10′ from enclosure walls, at a minimum height of 4′ to separate the public from animal enclosures.”