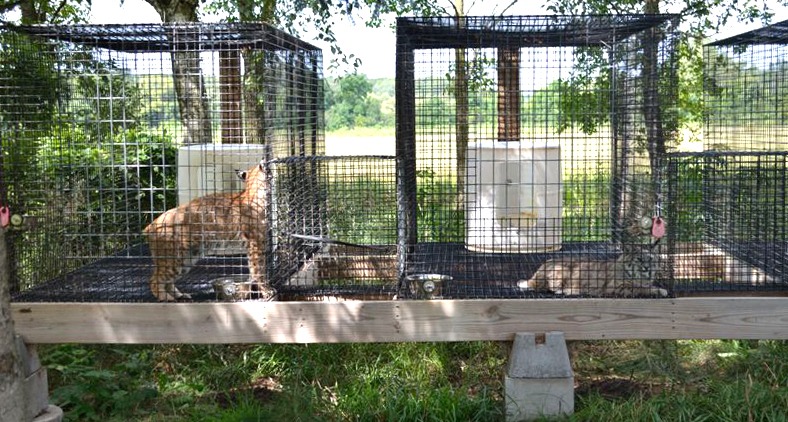 There’s a small exotic cat crisis in our country as much as a big cat crisis. Lately, news stories have been popping up all over the country about escaped exotic “pets.” 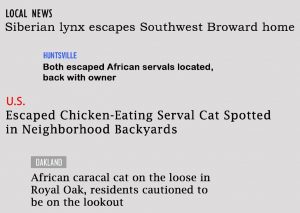 Yes, we’re making some progress on local and state levels with regulations about private ownership of big cats. And the Big Cat Public Safety Act has become law.

But, when it comes to smaller exotic cats, that’s a different story altogether.

The plight of privately-owned, small wildcats

Whether it’s servals, caracals, bobcats, or lynx, owners seem to think that, because the cat is small, it can indeed be a “pet.” And breeders, who sell these cats for thousands of dollars, are happy to profit off the growing desire for the cats.

Social Media channels, like TikTok, fuel the issue by featuring videos of people with their so-called serval and bobcat pets.  The sad reality is most cats featured are adolescents.

Over my decades of running a sanctuary, rarely do people keep their pets past the age of two or three.

Providing proper care and a suitable environment for these wild cats is far more than most owners were bargaining for. And too often, we see these animals put in harm’s way after they escape the owner’s home.

It’s become so frequent that it’s in the headlines weekly across the United States.  In fact, there’s rarely a week that goes by where I don’t see ‘escaped serval’ or ‘escaped bobcat’ in the headlines.

Authorities in most jurisdictions have never had to deal with exotic cats. And they shouldn’t have to, it isn’t something they’re trained in.

Navigating the patchwork of laws and ordinances regarding smaller exotic cats is even more challenging for them than the big cats.

On top of that, owners are misleading authorities. They try to get their wild cats back by claiming their cat is a domestic cat hybrid.

Just like us, sanctuaries throughout the country have dozens of servals in their care. Those who owners claimed to be Savannah cats to try and get around ordinances or laws.

Not only are private owners lying that their 100% wildcat serval is a hybrid, but they’re also doing the same with bobcats. They claim they’re pixie-bobs.

This misinformation puts even more people at risk, including veterinarians, the public and visitors they bring into their home. 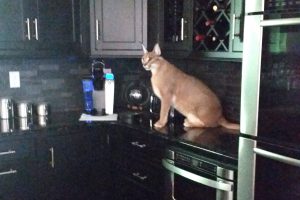 Even when the cat is identified as a 100% wildcat, authorities may defer to the exotic animal owner because their legal authority is cloudy.

We saw this recently in Detroit when two of five caracals escaped from their owner. It was reported this was the third escape of the same caracals.

You can understand how authorities can easily be misled about wild exotic wild cats vs hybrids:

Each time we learn about these incidents in the news, we contact local authorities to help educate them about why these cats need to be in sanctuaries.

Most are happy to work with us, but their hands are often legally tied. They can urge the owner to surrender the cat but can’t force that.

When owners are given the option of relocating the cats, we sometimes see the cats relocated to those who quietly return them to owners, once the publicity has died down. Or owners relocate to an area with no exotic cat regulations at all.

Over the years, we’ve made presentations to the annual conference of the Minnesota Sheriff’s Association to help educate first responders about exotic cats.  We’ve also helped draft statewide legislation.

Several times a month we’re contacted to identify a loose or captured cat that authorities believe to be wild, but the owner claims it’s a domestic hybrid.

We confirm that the cat is a 100% wildcat, but then often don’t know how the case ended.

The more we can help educate, the more cats can be saved. We know change starts on the local level. Thank you helping educate about appropriate pets by sharing posts, writing letters to editors and helping educate locally.

Wildcats should never be kept as pets, no matter the size.