Residents In Memory Aslan – In Memory 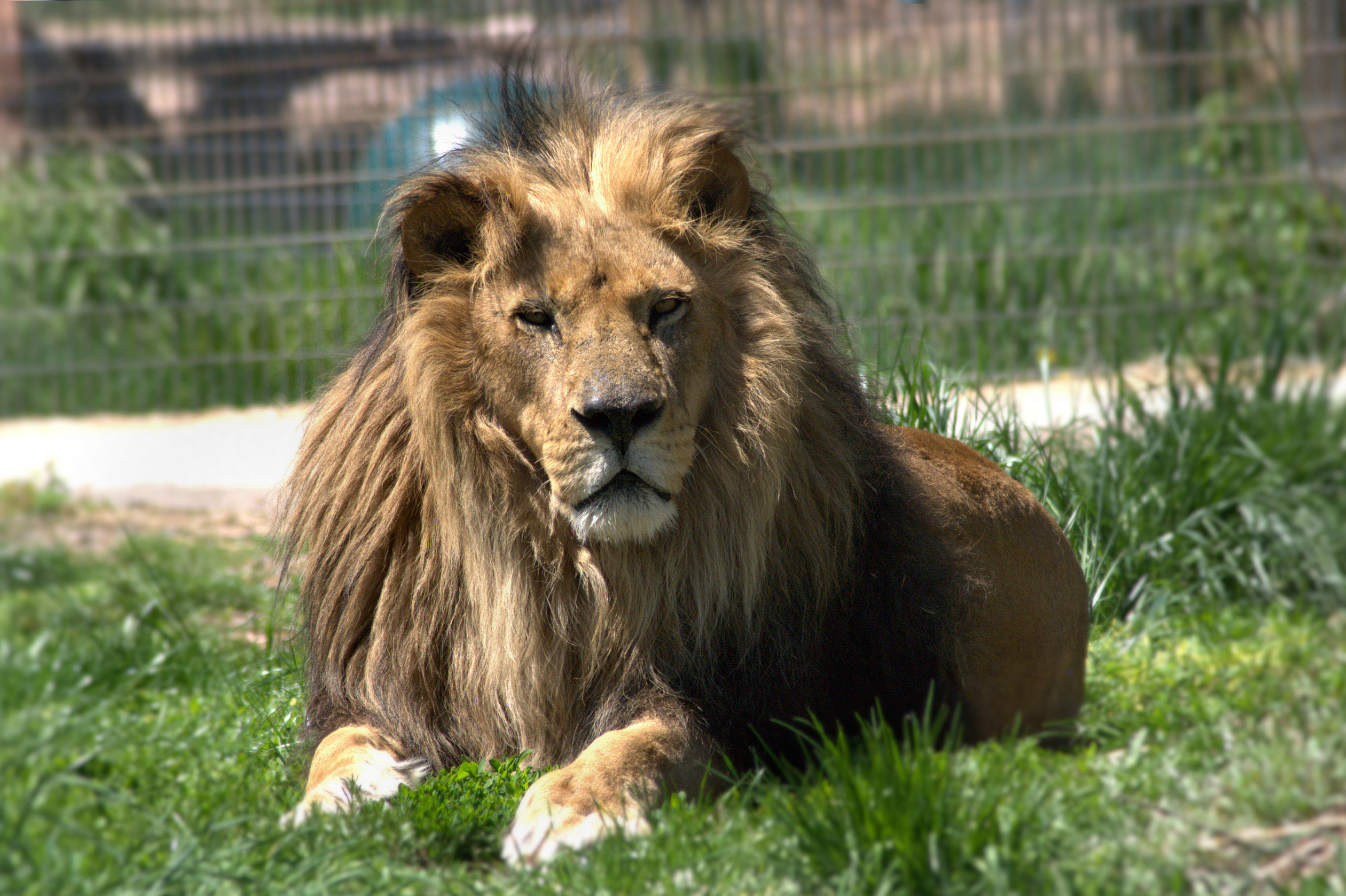 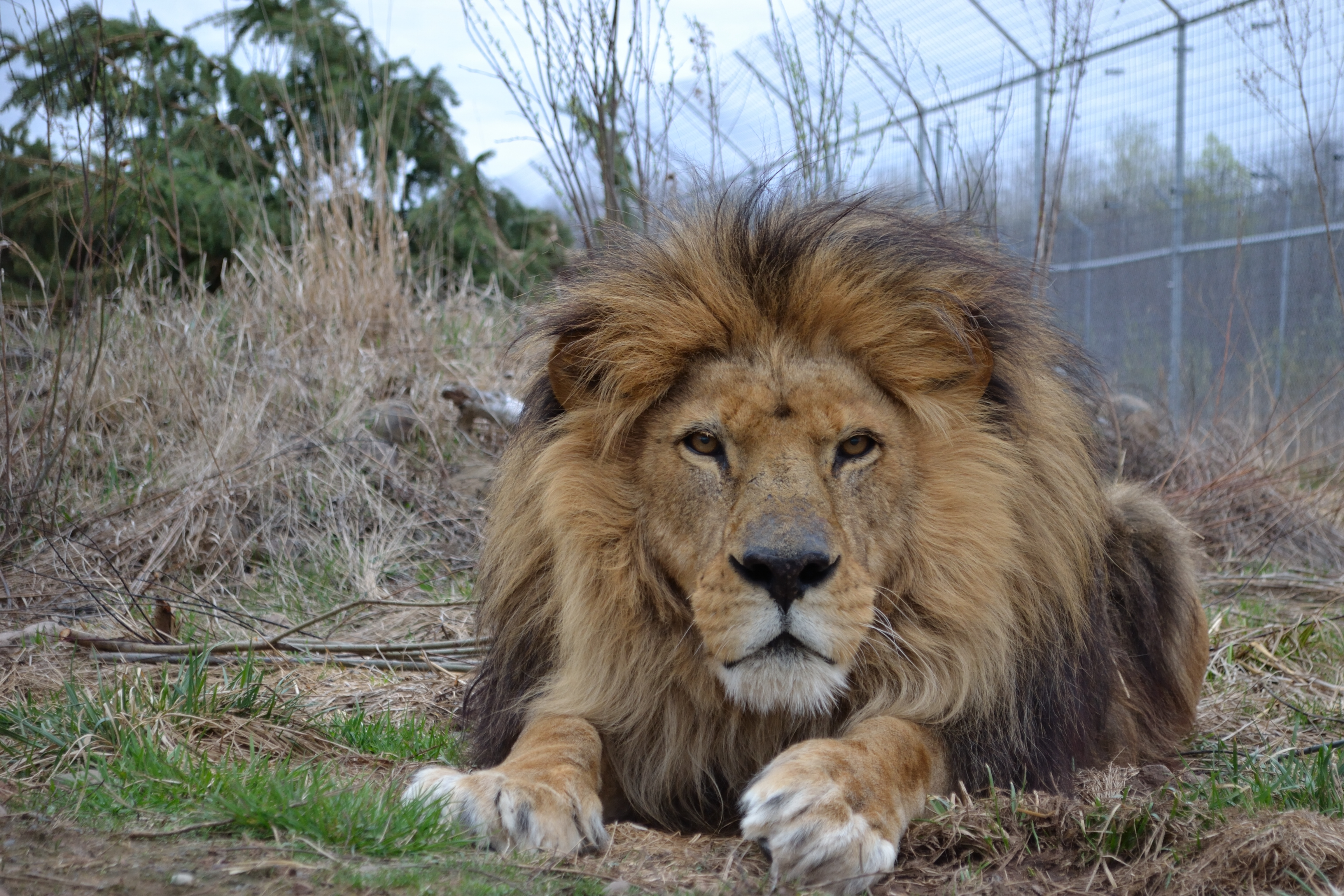 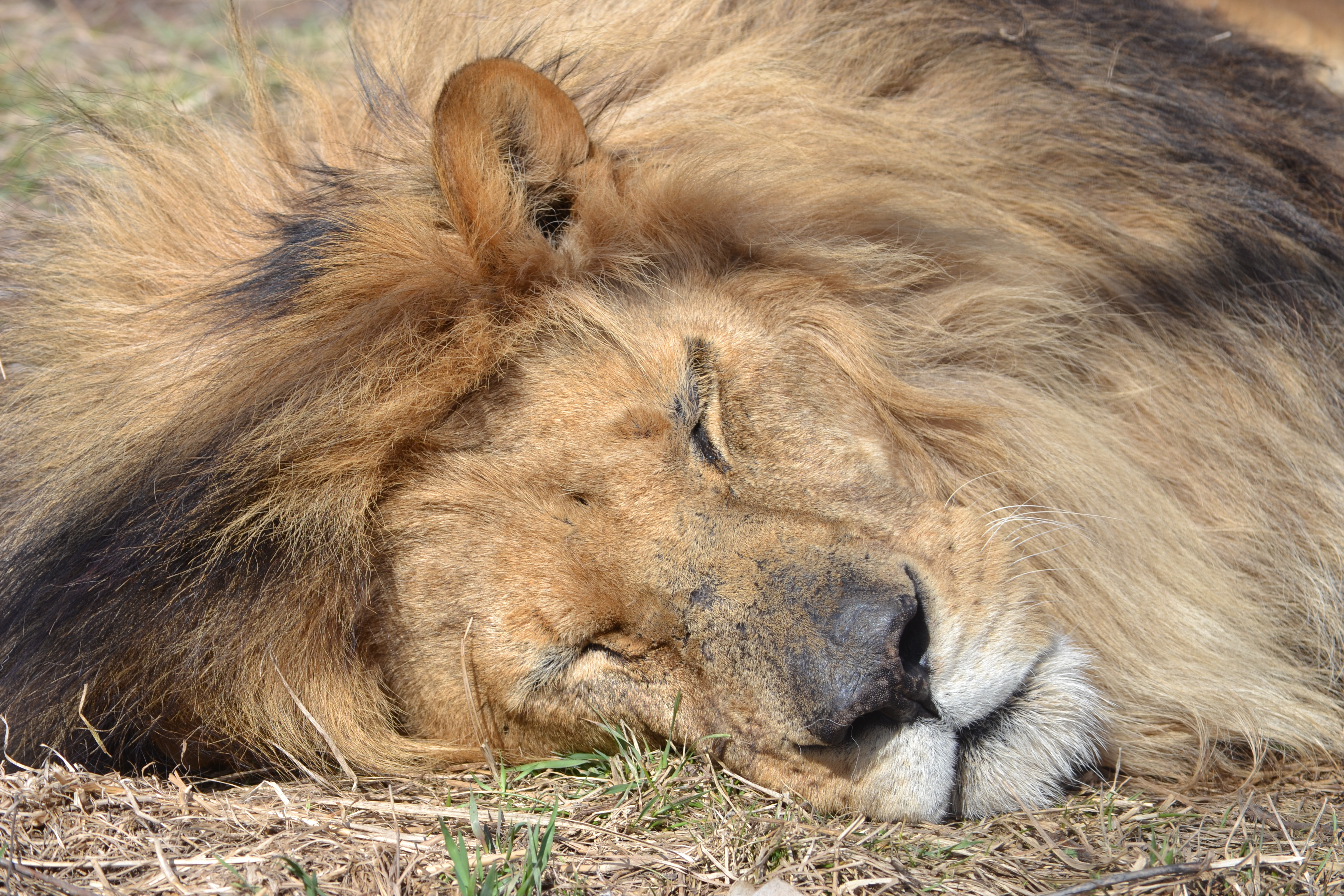 Aslan and two lionesses were part of a big cat rescue from the Catskill Game Farm in New York. With the closure of their animal park, the Game Farm auctioned off 950 animals and made east coast and national headlines.

Many worried that some of the animals would wind up in the hands of unscrupulous dealers, or that animals, such as deer or goats, would go to people who run ‘canned shoot’ operations where hunters pay to shoot fenced-in animals. It is described as one of the largest animal rescues of its type. Wildlife Watch intervened on behalf of the three lions to ensure a safer fate through placement at TWS.

Aslan was born in 1996.  Along with his pride, Shanti Deva and Asha, he arrived at the Sanctuary in 2008.  Everything was very new to him and he had no trust for humans.  Luckily, he had his pride by his side to reassure him that everything was going to be alright.

Over the years, Aslan’s confidence has grown.  Since moving into their free-roaming habitat in 2009, he has let us see his true personality.  He has fun rolling down the hill with Asha at feeding time and can now sleep peacefully even when people are around.  He enjoys his enrichment, especially the scent of Vick’s vapor rub.  He even joins in during the girls’ painting sessions, showing off his unique artistic side. 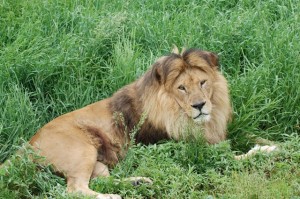 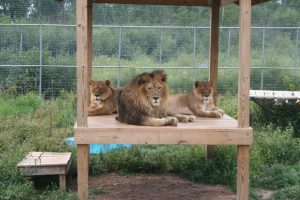 It was an unseasonably warm winter day. The snow was thawing and patches of grass appeared all throughout sanctuary. The sun was shining.

Aslan was spending the morning doing what he loved most – napping in between his girls Asha and Shanti Deva. They were curled up in a patch of exposed grass soaking in the sun’s rays. Asha was snug on his left side and Shanti was a few feet away on his right. This is what he always lived for. This is what we spent the past six months ensuring he received.

The vet and I approached the enclosure during our morning rounds. Aslan was a special part of everyone’s routine so we could monitor his health closely. Six months ago he was diagnosed with serious and chronic hepatitis of the liver. We made the decision to provide treatment as long as he could remain with his pride and be pain free.

Today, I was looking at Aslan who now had a very blonde and thinning mane – a side effect from some of his medications. This was quite the contrast from the full and dark mane he had in his younger years. His body was now that of an aged cat. But he was enjoying this day to the fullest. He was still the king of our sanctuary. Some even referred to him as the “tree of life” – a symbol of magnificent beauty and existence.

We had seen a steady decline and knew his time was limited. But we did not think it would end today. The pride was together and seemed more connected than ever. As I observed the lions blissfully in the sun with their eyes closed, I asked that Aslan give us a sign when it was time to let go. But for now, he would get to spend a peaceful day with the pride.

Shortly after I left the sanctuary that afternoon, Aslan had a serious seizure. As the caretakers rushed to the enclosure, Shanti Deva and Asha were trying to coax him up and were nudging and pushing him. When the seizure subsided, all three of them were coaxed into their indoor building.

Aslan had given us the sign. It was time to let him go with dignity. The seizures would only get worse and his body would  only deteriorate. He deserved to leave the sanctuary as king, the same way he arrived.

Our compassionate vet and staff made his last moments as peaceful as possible. Aslan remained in his area overnight so Asha and Shanti Deva could mourn his loss.

When I was informed of his passing, I had just taken this photo on my cell phone. I was several hours away, but it seemed fitting to take a photo of such a spectacular tree, maybe the “tree of life” in honor of Aslan.

He is now able to be free and king of his wild life. The pride is still together in spirit and one day will be reunited. Until then, we will take wonderful care of his girls, Asha and Shanti Deva.

Thank you to all of you who helped us provide Aslan six additional months of a happy life with the pride he loved so much. He spent his last day beautifully and doing what meant most to him. We have your support to thank for that. Aslan will be deeply missed but always be a part of The Wildcat Sanctuary.