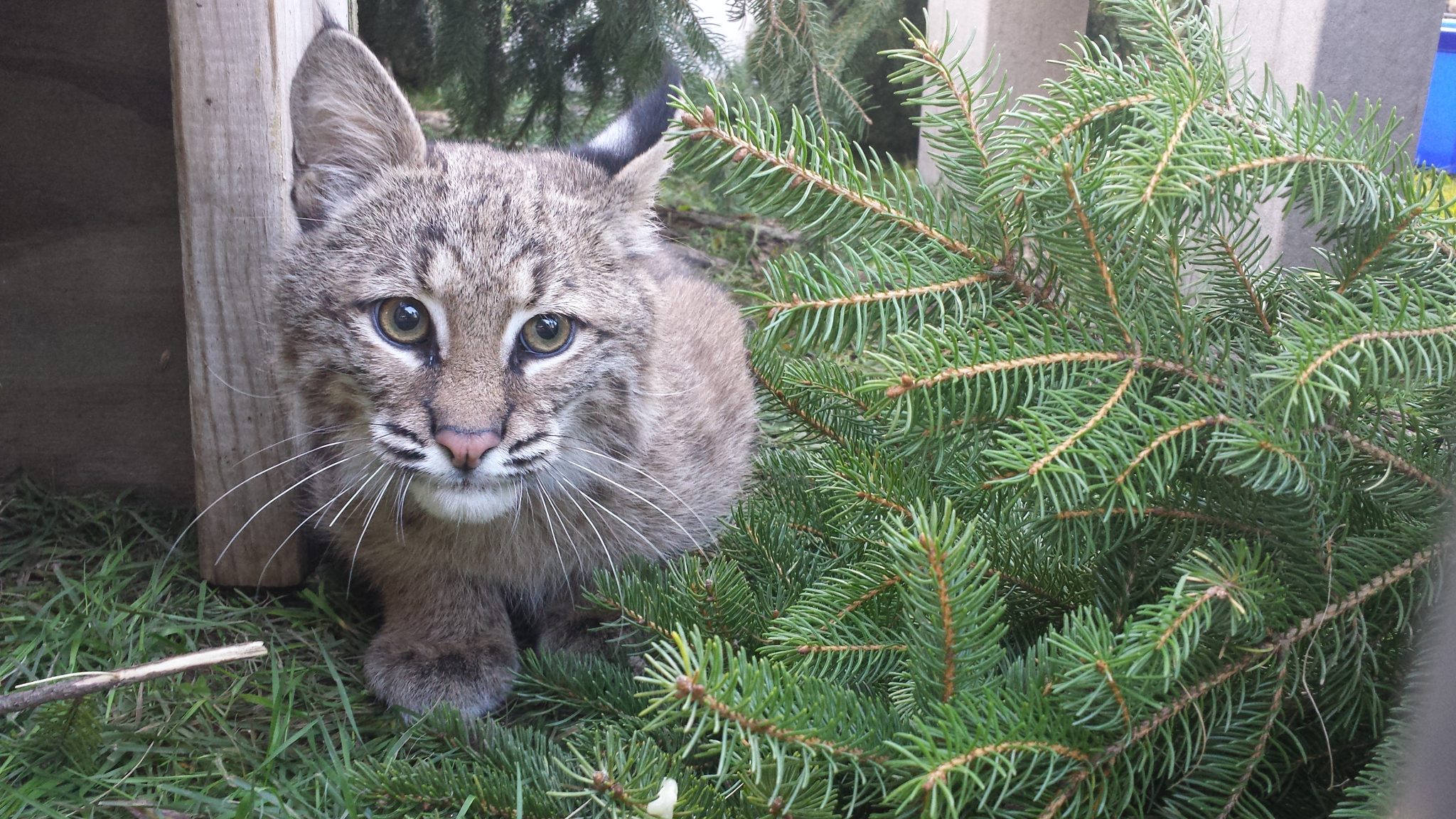 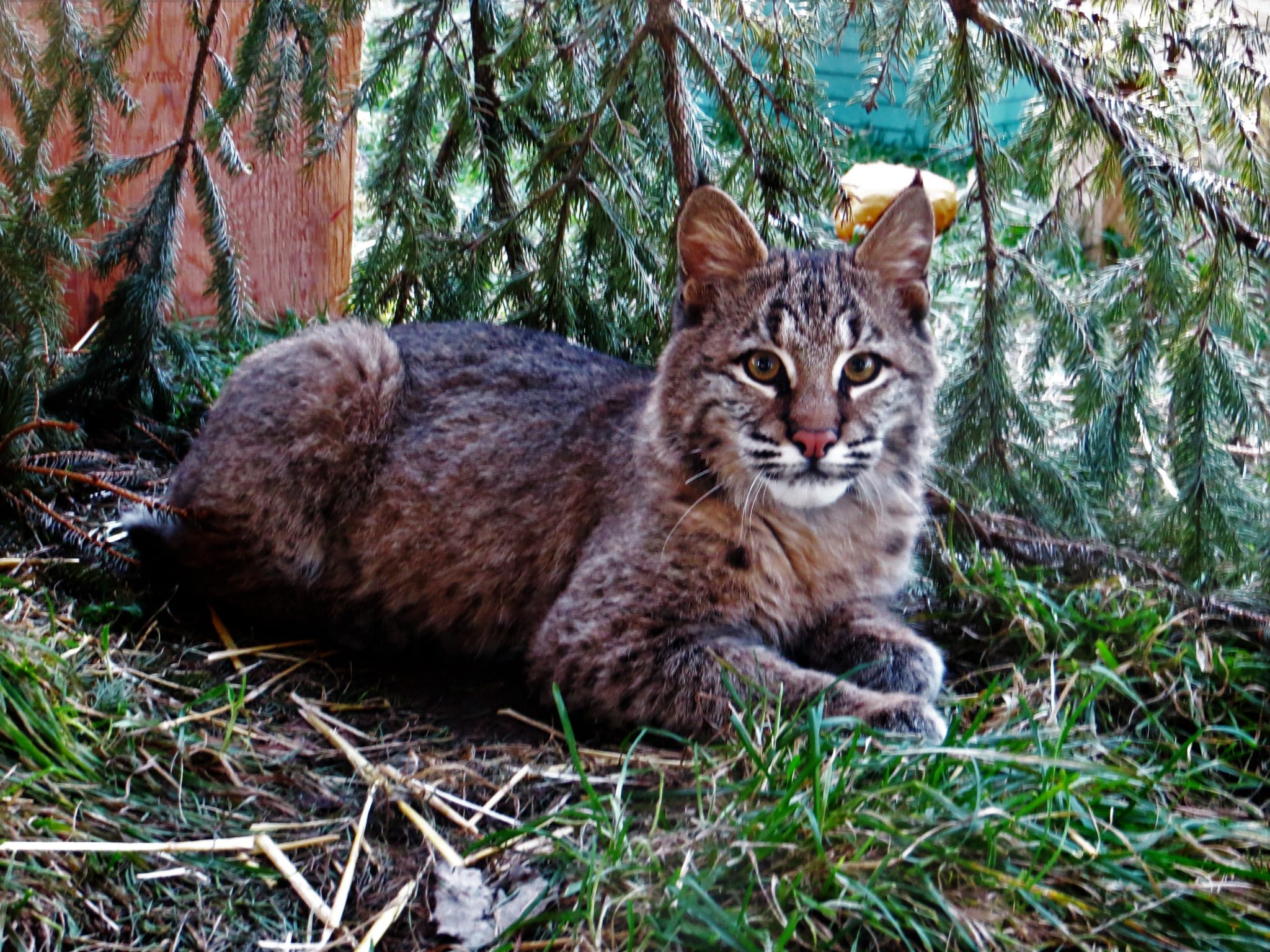 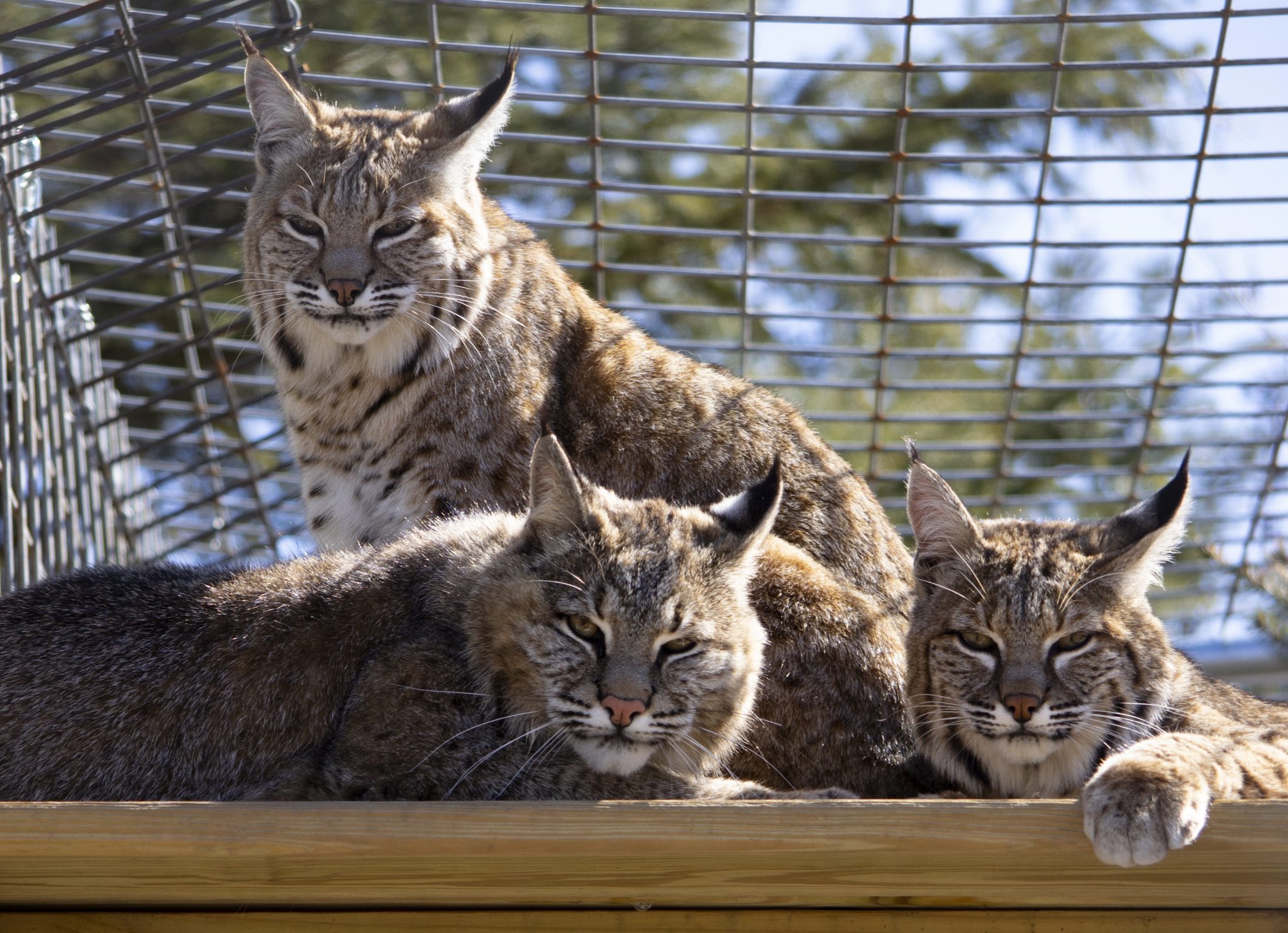 Autumn was only a couple of months old when he arrived in the fall of 2016. We hear many sad stories, but this one was tragic.

We were told Autumn’s sibling was struck by a car here in Minnesota. Then, when Mom went to help, she was struck and killed, too. For this little surviving baby bobcat, the world seemed to end.

Luckily, he was brought to Wildwoods Wildlife Rehabilitation in Duluth. They assured he wasn’t injured, provided supportive care and began researching options.

The goal was to successfully “wild up” and release this bobcat kitten.  But, due to his age and Minnesota winter pending, he may have had little chance of survival without a surrogate mother to help teach him.  Laws also do not permit wildlife being moved across country for rehab and release.

After consulting with rehabilitation experts, Wildwoods made the decision to find Autumn a permanent home and give him the best life possible in captivity if he couldn’t be free. They contacted The Wildcat Sanctuary in hopes of placing him where he could live in a natural setting. 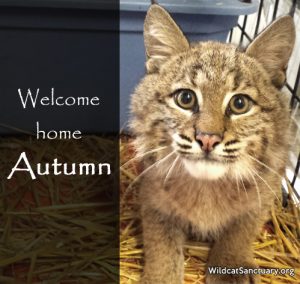 When Autumn arrived, we were told he was a she (more about that in the update below). The first step was helping him adjust in captivity, with the hope of forming a surrogate family for him.

We reached out to other sanctuaries offering a home to any other bobcat kittens in need of rescue. We wanted to provide Autumn with surrogate siblings to grow up with.

We turned to the public for help in naming this special bobcat kitten and received thousands of name suggestions. It was hard to keep up with all the names and some of the great meanings behind them!

We took the top suggestions, narrowing them down to most frequent nominated, and names no cats have had here at the sanctuary, and gave the top 10 list to the staff and interns to vote on. Since they’ve been working closely with him, they’d gotten to know his personality and which name would fit best.

He was named AUTUMN – in honor of his debut on the fall equinox!!

Soon, orphaned bobcat brothers Francis and Belvedere arrived from Arizona and were introduced to Autumn. Both brothers were so rambunctious and playful, just what shy, reserved Autumn needed! It’s so wonderful seeing these three form a blended family, sharing each other’s company the rest of their lives.

Be sure to watch their first days together in the video above.

Rescuing a baby bobcat means 20+ years of care costs. As a non-profit, that’s why we started our sponsorship program. As Autumn’s sponsor parent, you’ll be a very important part of his life. Will you consider doing that for him?

Or even a one time donation toward his care helps. It’s easy to do using the buttons you see at the top of this page. Thank you!

You’ll never guess what we found out about orphaned bobcat Autumn during “her” exam. It was a very busy vet day. Wild-born bobcat Autumn had finally been scheduled for her formal exam and spay. You can imagine our surprise when we did Autumn’s exam and found out she’s a boy, not a girl!

How does such a thing happen? Well, it isn’t as uncommon as you might think. When we work with game departments and rehabbers, they’re rescuing fractious wildlife who aren’t socialized to people. Often, they do as little handling as possible. They use leather gloves to hold the scared and wiggling animal to do a quick visual exam and sex the animal. If they’re looking under the tail on a young animal, they may not realize the testicles haven’t descended yet. And without a closer look, it may be difficult to accurately sex the cat. This happened before with our rescued wild-born cougar Donoma. He arrived with paperwork stating he was female from the game department. His exam revealed otherwise.

Why didn’t you know right away?

Since Autumn arrived with paperwork stating she was female, we had no reason to think otherwise. Usually, we’d find out much sooner during an intake exam. But, due to the stress Autumn had been through losing “her” family so tragically, and the cold winter setting in, our vets determined it was best to give “her” vaccines while “she” was awake, and then schedule “her” spay under sedation for the spring. This way, “she’d” be less stressed and would do much better with a shaved belly in the warmer weather. So, for the last several months, we all believed Autumn to be a female. We now joke that this may be the reason he hasn’t warmed up to us! We’ve chosen not to change his name, it still fits him.