Residents In Memory Cheyenne – In Memory 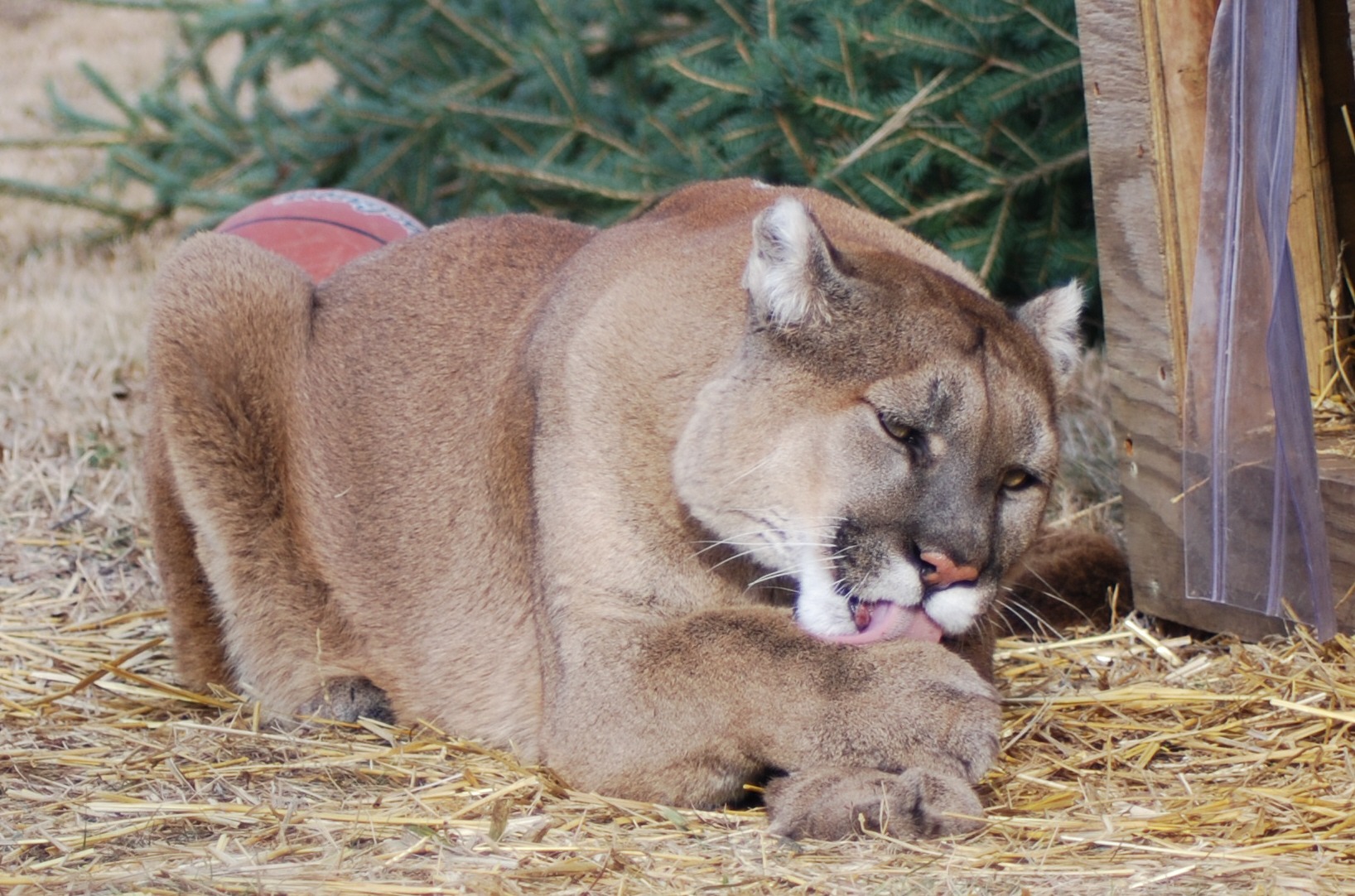 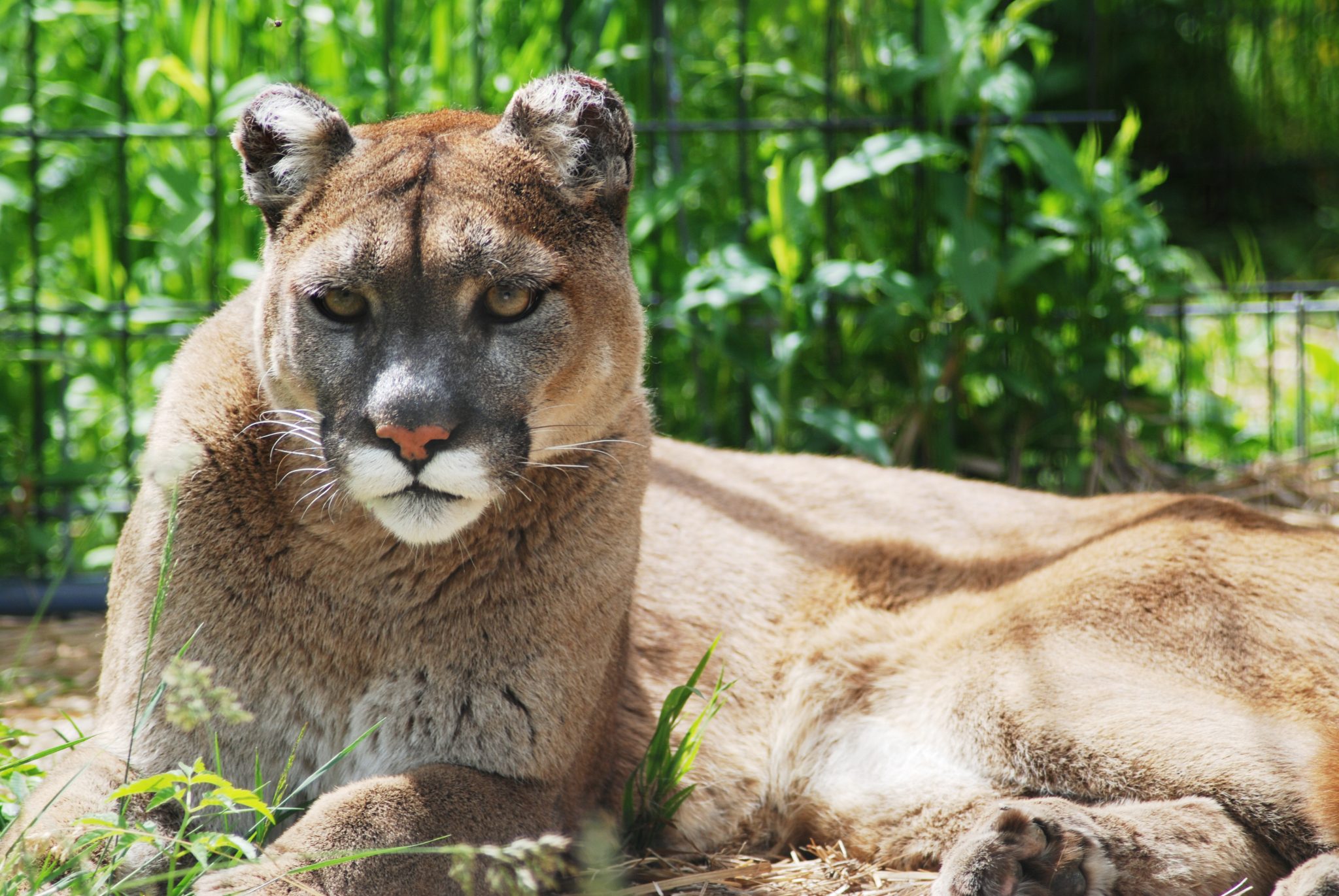 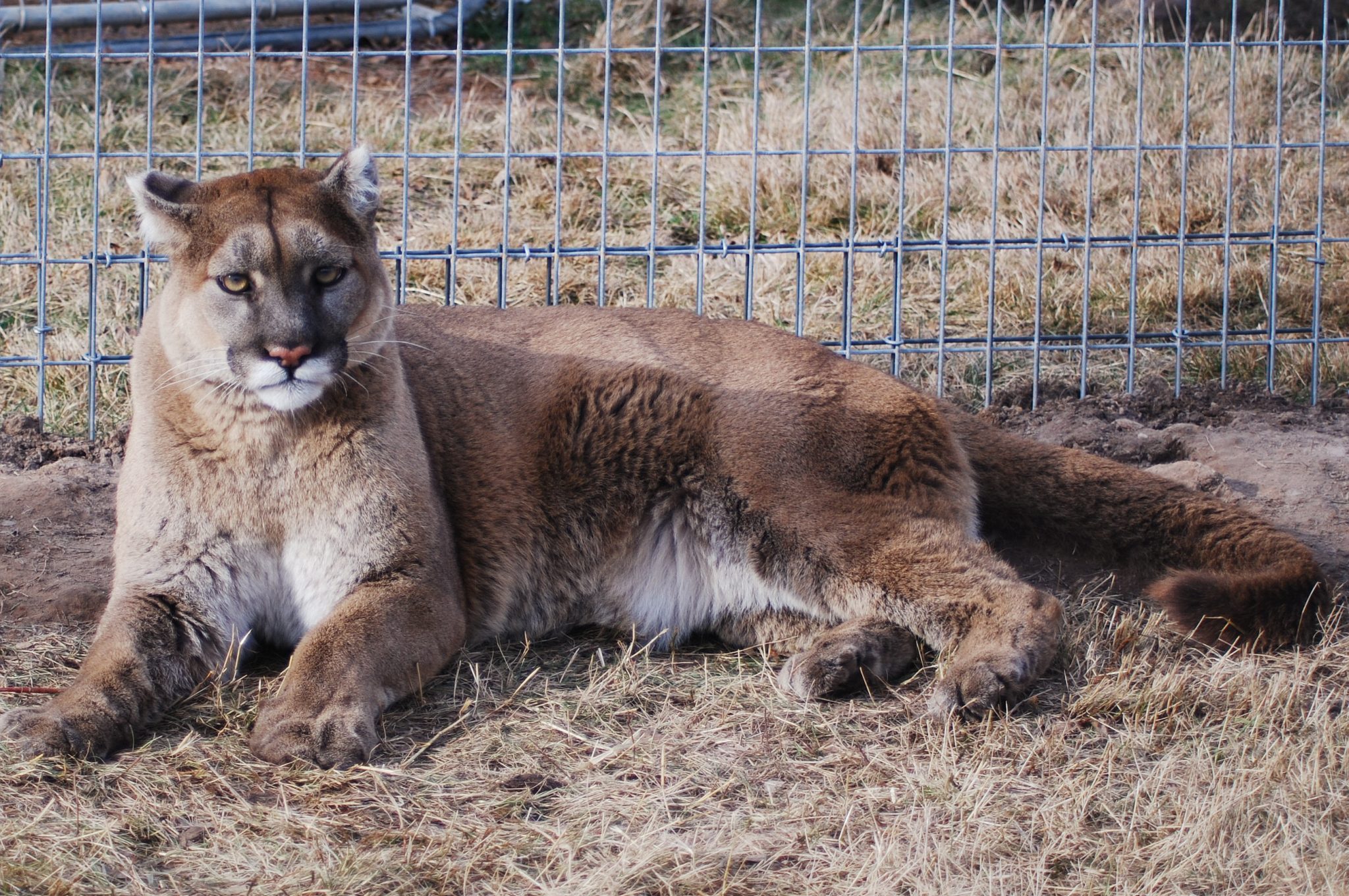 Cheyenne, a cougar, is one of the lucky ones from a Nebraska farm who has found sanctuary. She suffered from severe dehydration, abscessed teeth, frostbitten ears and tail, and mats around her neck. Her only shelter was a steel barrel with no bedding.

Cheyenne is still timid with humans, but caretakers work with her daily by giving her toys, enrichment and treats.

Cheyenne’s health is complicated due to her teeth and being FIV positive. But, she’s shown to be a fighter. Because of her illness, she cannot share a habitat with another cat. Though she seems to enjoy stalking the bobcats from her new area.

A dog peers out of the abandoned house he is caged in as TWS staff members work to remove Cheyenne from the deplorable conditions she and dozens of other animals have lived in for years. 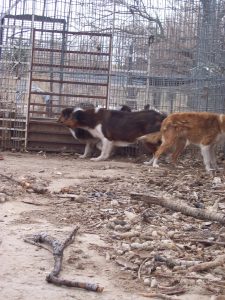 One of the greatest rewards as a caretaker is to help a fearful new rescue grow into a confident, trusting resident. It’s our duty to become their “friend.”

Working on the cats’ timetable is often a long process of consistent dedication and compassion to renew their faith in humans again. While many are only resistant for a few months, some take years. It is these residents and their accomplishments of which we are most proud.

With that being said, the hardest thing to do as a caretaker is letting our “friends” go and process that the special moments we share with them are only a memory. With great sorrow we must share that Cheyenne, the once apprehensive cougar, has passed in the early hours of Wednesday morning. To honor her and her amazing growth we want to share the journey of this beautiful girl with you.

About 2-1/2 years ago, Cheyenne was rescued from deplorable conditions in rural Nebraska. Her life consisted of a small, feces-filled enclosure and a couple rusty old oil drums to den in. She suffered from frostbite on her tail and both ears because of this inadequate shelter.

Without a source of water in her enclosure, she was severely dehydrated. Her inconsistent diet resulted in broken and abscessed teeth. This poor cougar was in trouble and desperately needed our help.

She was spayed, given a full veterinary exam and care, and was moved to quarantine once she arrived. Cheyenne was so afraid of humans that she hid in her den for three weeks!

She’d wait for night to emerge from her den to eat and explore her new home. Caretakers would do rounds the next day, only to find her tracks in the snow and her food gone. We waited anxiously to just get a glimpse of her to ensure she was ok.

Staff and volunteers began reading to her softly from a distance. Our work was beginning to pay off and she started coming out on evening rounds. This was her first big step and an uplifting moment for all of us.

Over the next few months, she was getting more courageous by the day and reached her second milestone by coming into her lockout when it was time to eat. Caretakers began walking around her habitat feeding her small pieces as a reward if she followed. This was a big step in getting her used to us moving around her without fear she was going to be hurt.

Cheyenne moved to a larger habitat near other residents at the sanctuary. She continued to show emotional growth when we were present. She was sunbathing and regaining her wild instinct to stalk bobcats in a distant cage. She was even spotted for the first time playing with a toy in her habitat, her mobile.

At last, it was Cheyenne’s time to move to her permanent, free-roaming habitat in Cougar Cove. With 5,000 square feet all to herself, she had plenty of room to relax in her thick, tall grass and still be vigilant of her surroundings.

Soon after, her glow in the dark ball was in a different area each morning and she was seen napping in her hammock during the day. These small signs showed caretakers that her faith in humans was almost back.

It wasn’t long before she began coming right up to us as we would did rounds, and even lounging in the open grass sunning her belly in front of small groups. Caretakers were in disbelief when one afternoon she played with her enrichment while they were right by her.

She was so happy flipping the box around, smashing it and tearing it apart. She knew we were watching and didn’t care. She was in her moment and we felt honored that she would share that precious experience with us.

It is as though Cheyenne was testing us as humans, to see if we could be trusted. Once she realized we could, it seemed she let us know it was her time to go. She quit eating two days before her passing. Staff looked into her eyes, saw her calming presence and knew it was her time.

Considering Cheyenne was confined for most of her life and her past mistrust in humans, the staff faced a tough decision. We all felt it would be best to leave her in serenity, sleeping in her tall grass on a warm April day with a gentle breeze in the air and the lions roaring in the distance.

She showed no signs of pain, but seemed rather content that we were allowing her to go the way she wanted to. Although some may take more time than others to come around, it goes to show that with some help from the sanctuary, anything is possible.

We’d like to leave you with a quote we feel closely represents Cheyenne and her special growth with her caretakers:

“The glory of friendship is not the outstretched hand, nor the kindly smile, nor the joy of companionship; it is the spiritual inspiration that comes to one when you discover that someone else believes in you and is willing to trust you with a friendship.” -Ralph Waldo Emerson