Residents In Memory Cody – In Memory 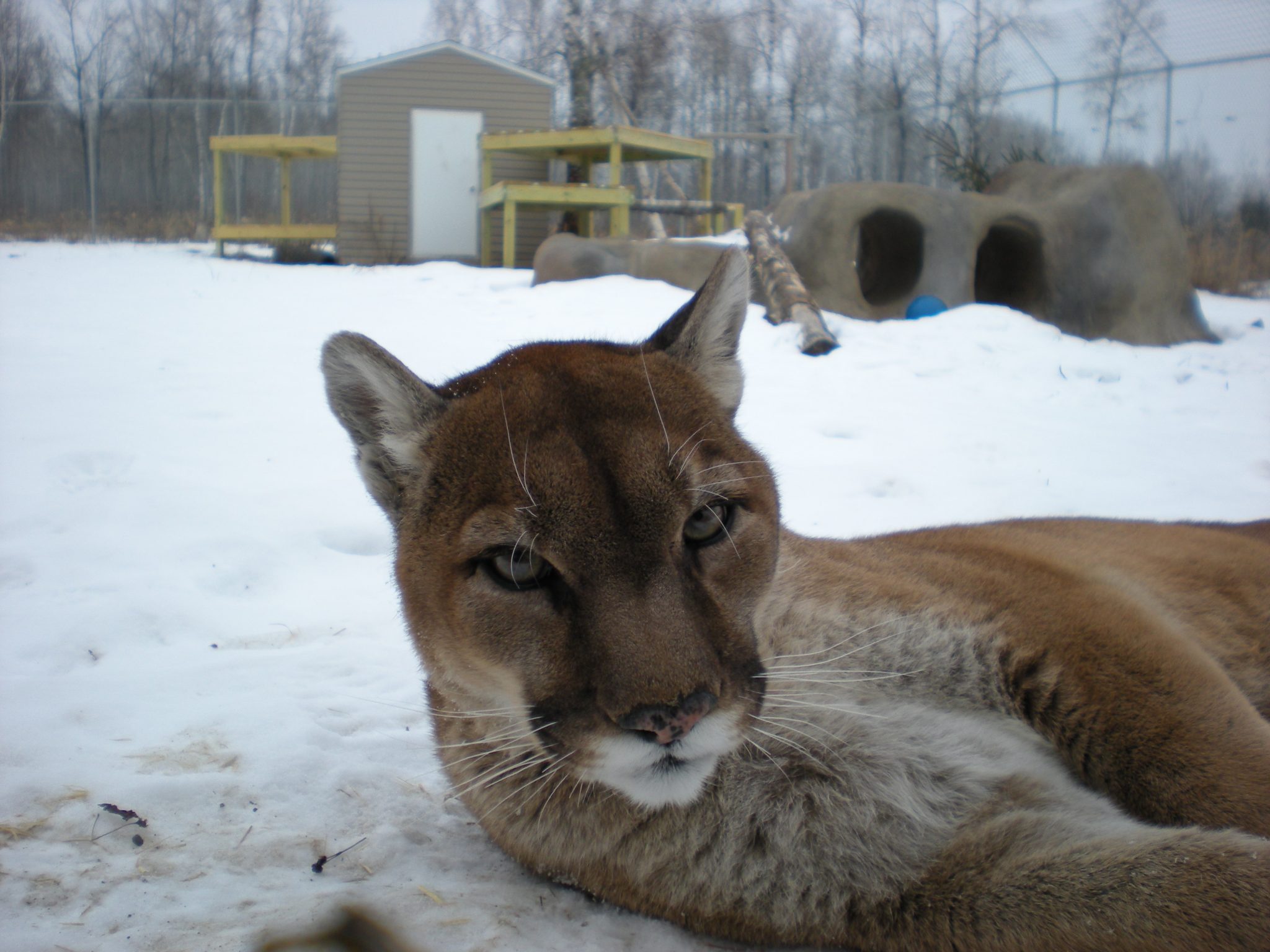 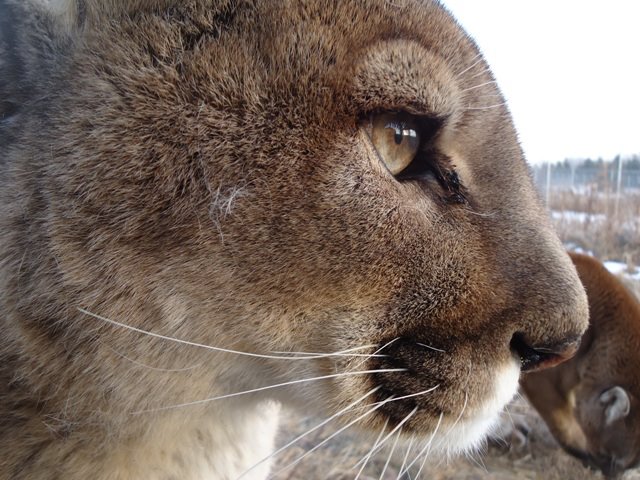 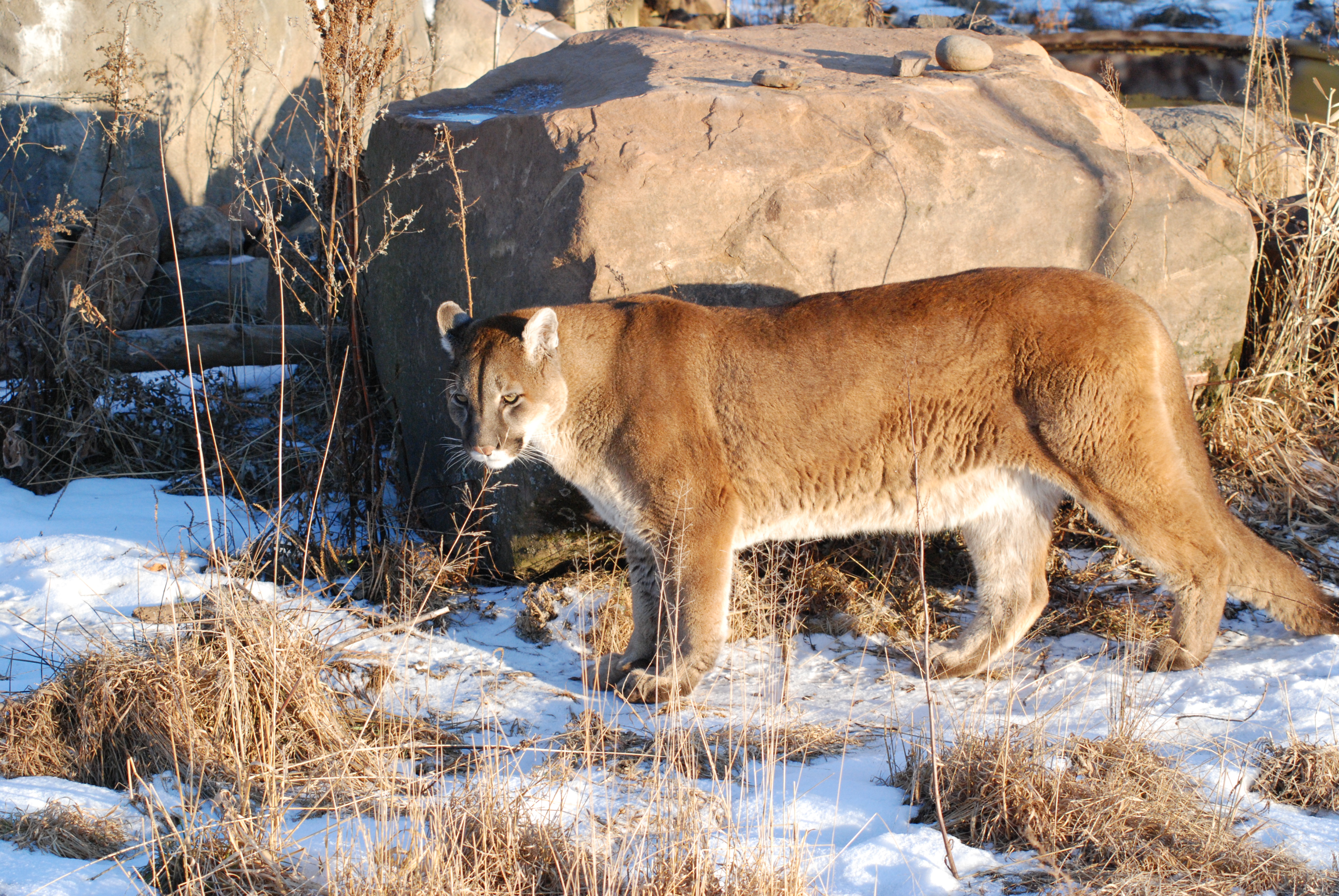 TWS received a call from the United States Department of Agriculture regarding several cats in an emergency situation. They asked if we could accommodate any of the cats or network with other groups to help. 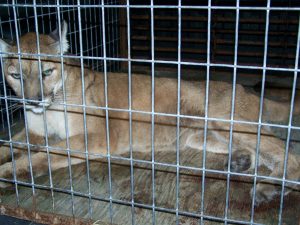 We immediately contacted the closest rescue group to the animals, Exotic Feline Rescue Center in Indiana. EFRC agreed to go on site and upon their return from removing a leopard, they emailed us this message:

“Got the leopard, will go back for the rest Wednesday if you can take the cougar. We cannot express the outrage and contempt for authorities in allowing this to happen. The smell, the filth, the starving cats, the rotting carcasses are all inexcusable.”

We agreed to take in Cody from this deplorable situation. Initial reports from EFRC said he was in terrible pain due to broken and rotted canines and needed immediate medical attention.

He also needed to put on weight, get hydrated and be on antibiotics for several weeks before surgery could be performed to correct the issues in his mouth. EFRC generously agreed to keep Cody and do the work before Cody would be well enough to transport to Minnesota.

Cody arrived at TWS in late fall 2008 in much better condition and with all of his surgeries complete. He’s so relaxed and takes everything in stride. He’s had a long journey and seems to let it all roll off his shoulders and live for the moment. He lives in a free-roaming habitat in Cougar Cove. He adores his caregivers and playfully stalks any new volunteers or interns.

Cody may have spent the first twelve years of his life in horrific conditions, never knowing when his next meal was coming, his water bowl would be filled or if his cage would ever be cleaned. But more importantly, Cody resided at The Wildcat Sanctuary for the last four years of his life, the best years of his life.

From the moment we picked him up, we knew this boy was special.  He was purring while being loaded into our 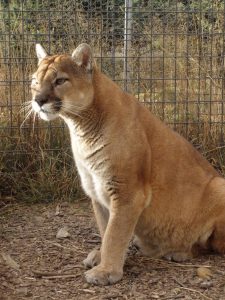 vehicle, and continued purring for the majority of the 12-hour trip and well, he never stopped.

One would think coming from a past like his, Cody would not trust humans at all. But not Cody, he was the sweetest cougar, capable of melting your heart the moment you made eye contact.

He was such a gentle and calm soul, who always had a positive outlook on life.  He was even purring as he went into his last moments with us January 17th.

Sadly, Cody was also declawed early in life. The combination of this and years of malnourishment resulted in severe arthritis in his spine and knees.

He was a strong boy until about a month prior to his passing. He started to show difficulties in mobility and signs of pain. The vets prescribed pain meds to keep him comfortable. 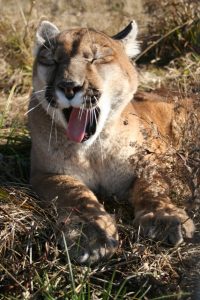 Unfortunately, signs of his pain came on so rapidly it wasn’t long before his dose had to be raised to the highest level. Our veterinarian performed laser therapy.

He was doing well at this level until the past couple days. We knew it was his time, but were devastated that it all happened so soon.

I can only imagine how many times we have discussed how much we dreaded the day we would have to help Cody pass. Just the thought would cause tears to fill in our eyes and our breaths to deepen.  We would have to immediately toss the thought out of our head as the difficulty in letting him go felt unbearable.

Now here we are today, the day we feared from the moment we saw his freckled nose. Our hearts are broken, are eyes swollen and our souls are shaken. I will miss spending time with him during evening rounds; these moments were so precious and filled my heart. 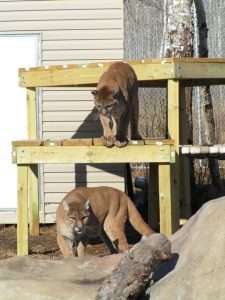 years here, not only did he win over the hearts of all of us humans, but he won the heart of Josie, a female cougar.  The two became very close over the years, often snuggling together in their hammock or grass.

It’s truly amazing how in touch the cats are with one another. As Cody had passed, the other cougars residing in Cougar Cove were quietly watching him from their rooms across the way.  It was as if his calming energy had spread when we carried him out of the building.

While there are typically cougars calling from every direction, everything was quiet.  His energy had the ability to transcend whether two-legged or four-legged.

When upset from helping another resident pass or just from having a hard day, I would go to Cody. He held such healing powers for my soul with his positive and loving outlook.  I am so thankful to have met such a special animal.

Please visit often Cody and may you walk along on evening rounds pain free.   I will be sure to call on you for your gentle spirit to push me through difficult times. I’ll meet you across from your old enclosure, the entrance of the memorial garden, the path to your freedom.

There are souls in this world which have the gift of finding joy everywhere and of leaving it behind them when they go.  ~  Frederick Faber