Residents In Memory Denali- In Memory 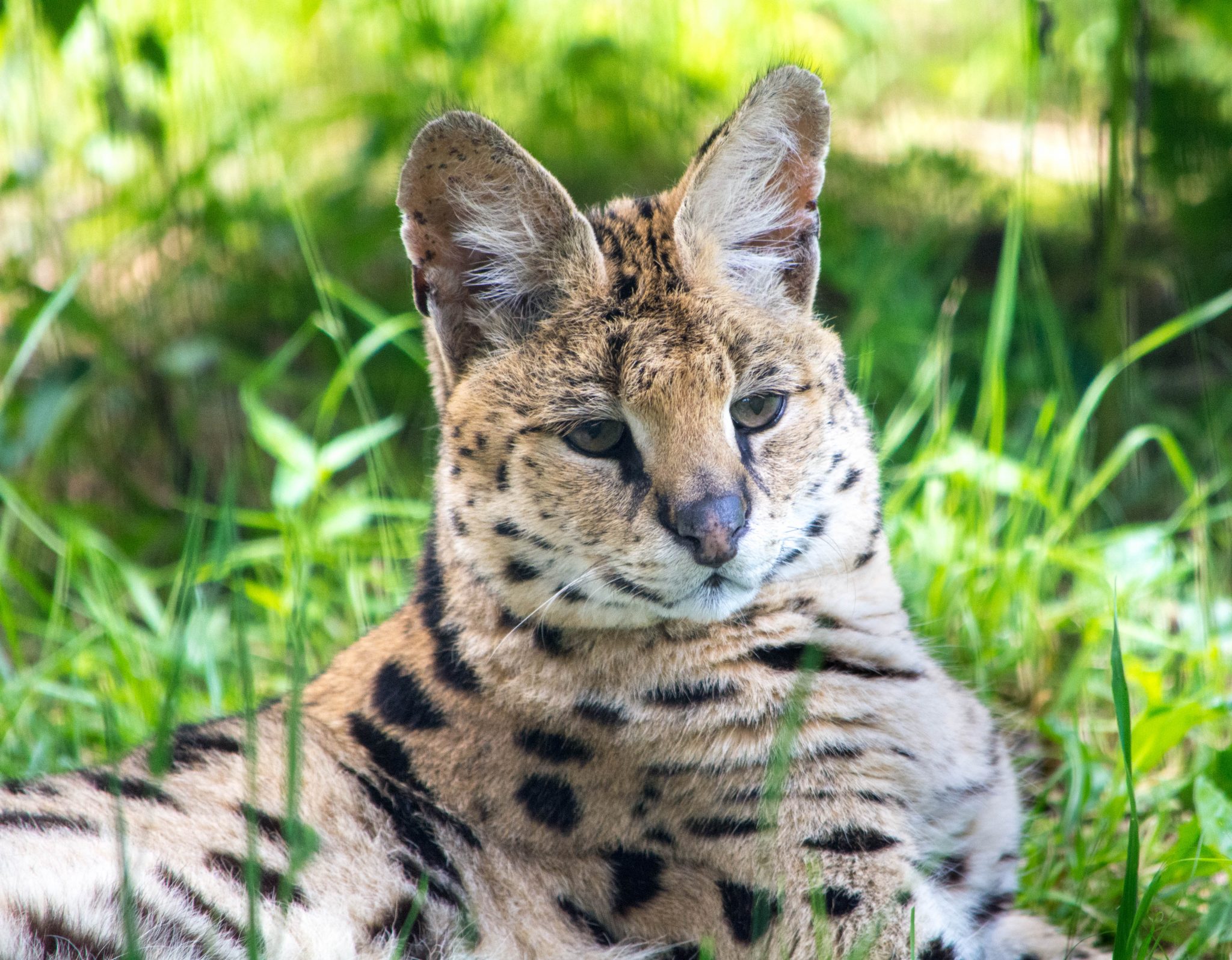 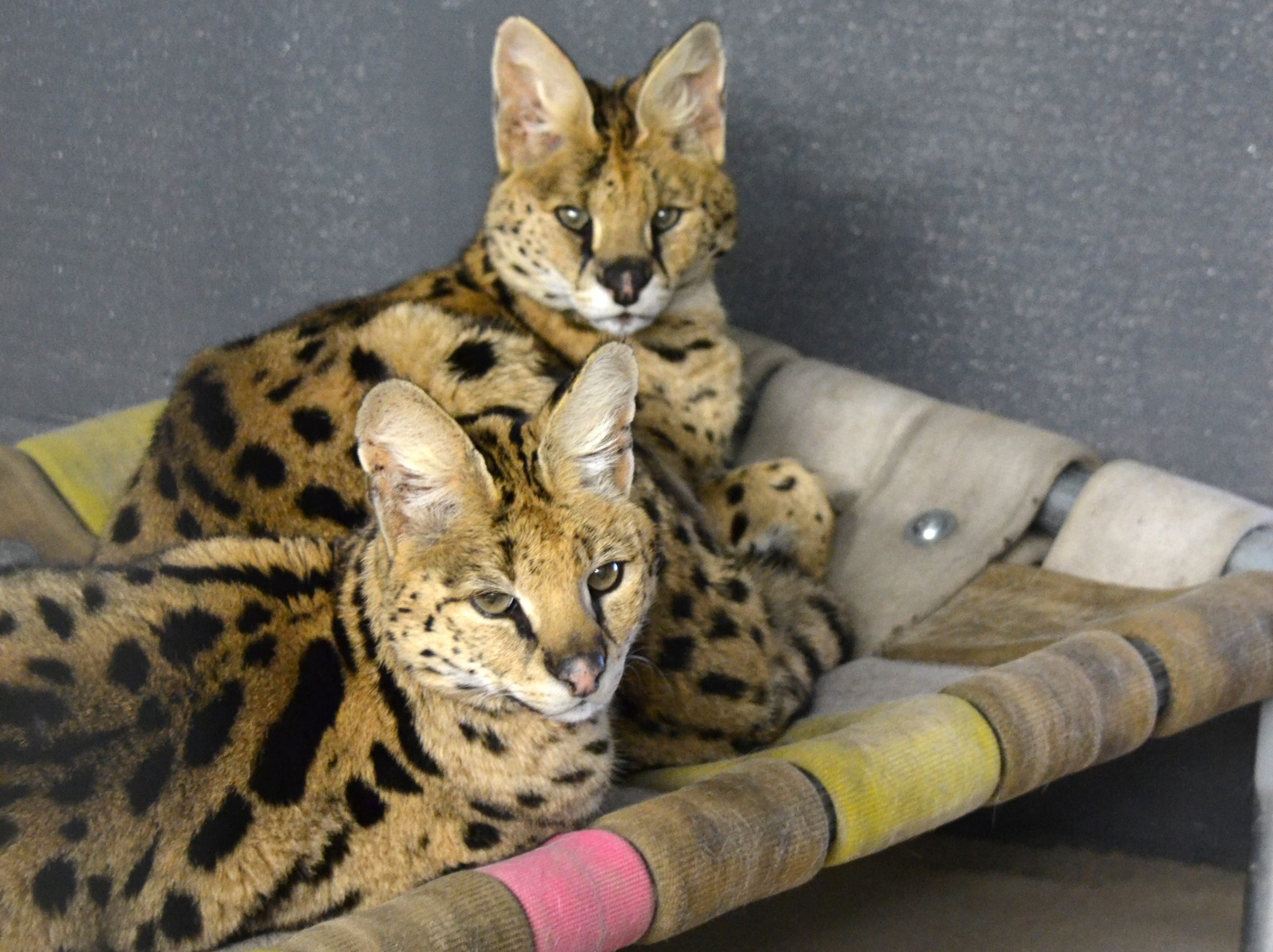 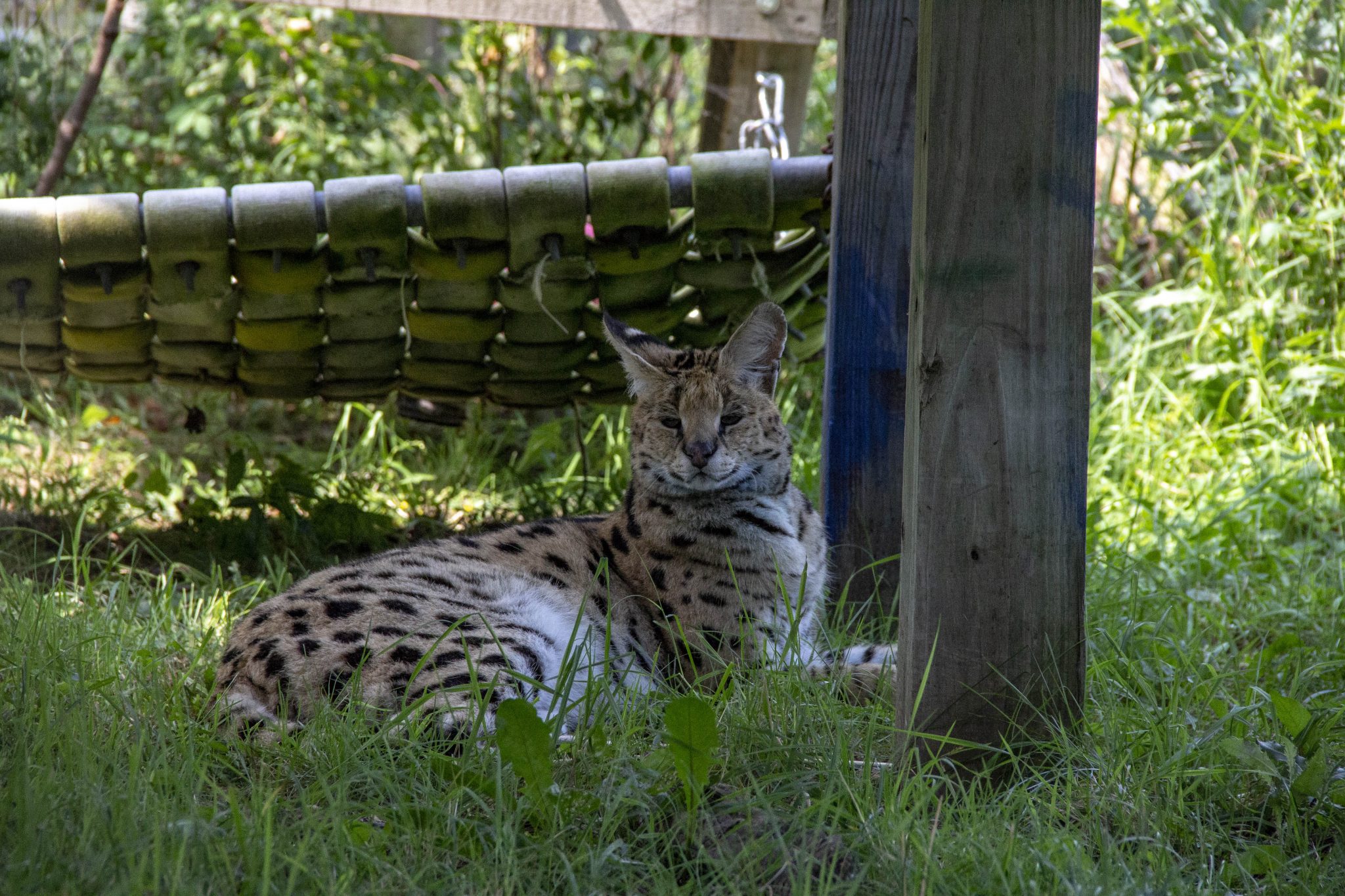 Denali is a very large male African serval seized by the US Fish and Game Department in Arizona in 2006. He was four years old at the time. When they contacted us about placement, we were happy to make room for him.

Since Denali is so big and kept reminding the other servals of just that, we decided to try a merger with another serval living at The Wildcat Sanctuary named O’Malley. He was our other dominant male serval.

After years together, they’ve finally become friends and can be found curled up in the grass side-by-side or next to each other in the indoor hammock.

Denali is pretty calm tempered.  But, everything changes when caretakers are around or it’s feeding time.  Then, he’s very vocal, screaming to get attention.  Let’s just say that he has a very big mouth! 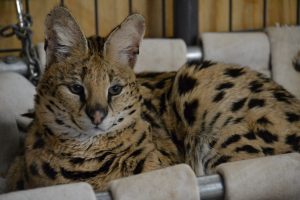 There’s something very unique about Denali, too. If you look closely at his nose, you’ll notice there’s a star print on it.  When we received his paperwork after he was confiscated, it was difficult to read his name.  It appeared to be Denali, so that’s what we called him.

It wasn’t until sometime later that his original owner tracked him down to our sanctuary and informed us his name was actually Denari.  He was named for a star system.

But, by that time, he and all of us were used to the name Denali.  It seemed fitting that this new name truly meant a fresh start and a better life for him here at the Sanctuary, so it stuck.

Our sponsorship program is what makes lifelong support for a wild cat like Denali possible. Would you consider being his sponsor parent? Or even a one time donation towards his care would be so helpful.

It’s easy to do using the buttons you’ll find at the top of this page. Thank you for your compassionate support!

Extra time with the ones we love is all we can ask for.  And that’s exactly what serval Denali gave us.

A year ago, Denali lost his partner O’Malley, another geriatric serval, to debilitating hip dysplasia.  Denali was diagnosed with severe osteoarthritis of the joints around the same time.  We thought it would be just a few months before we had to help Denali pass on as well. But luckily, that wasn’t the case.

Denali’s spirit was strong, even though his joints were not.  He would happily chirp from his hammock when walking became too painful.  But when his front wrists became just as affected as his back knees, we had to make the compassionate choice to reunite him with his old friend O’Malley.

Denali arrived at the sanctuary after being seized by authorities for being kept illegally.  He was a well-adjusted serval with a big personality.  That meant he was too dominant for many of the servals we tried merging him with.

O’Malley had the same problem, so they were a perfect match!

From the moment they were merged, the boys didn’t cause any problems. They enjoyed each other’s company, but still had disagreements about who was dominant at mealtime. We fed them in separate shift areas to minimize that.

Denali was a large boy with big beautiful black spots and a pink star on his nose.  When his sweet little chirp chimed through Small Cat Track, it was hard to believe it was coming from him.

I don’t have any sob stories of abuse or neglect of Denali.  He was well cared for, even though servals should never be pets. He was able to live out his life wild at heart before a peaceful good-bye.

I guess that’s the best story book tale that can happen to a serval in captivity. Those tales are so few and far between. I’m glad Denali had a good life, even though he couldn’t be free.

But in the end, we were able to give that freedom to him when he needed it most.