Residents In Memory Diego – In Memory 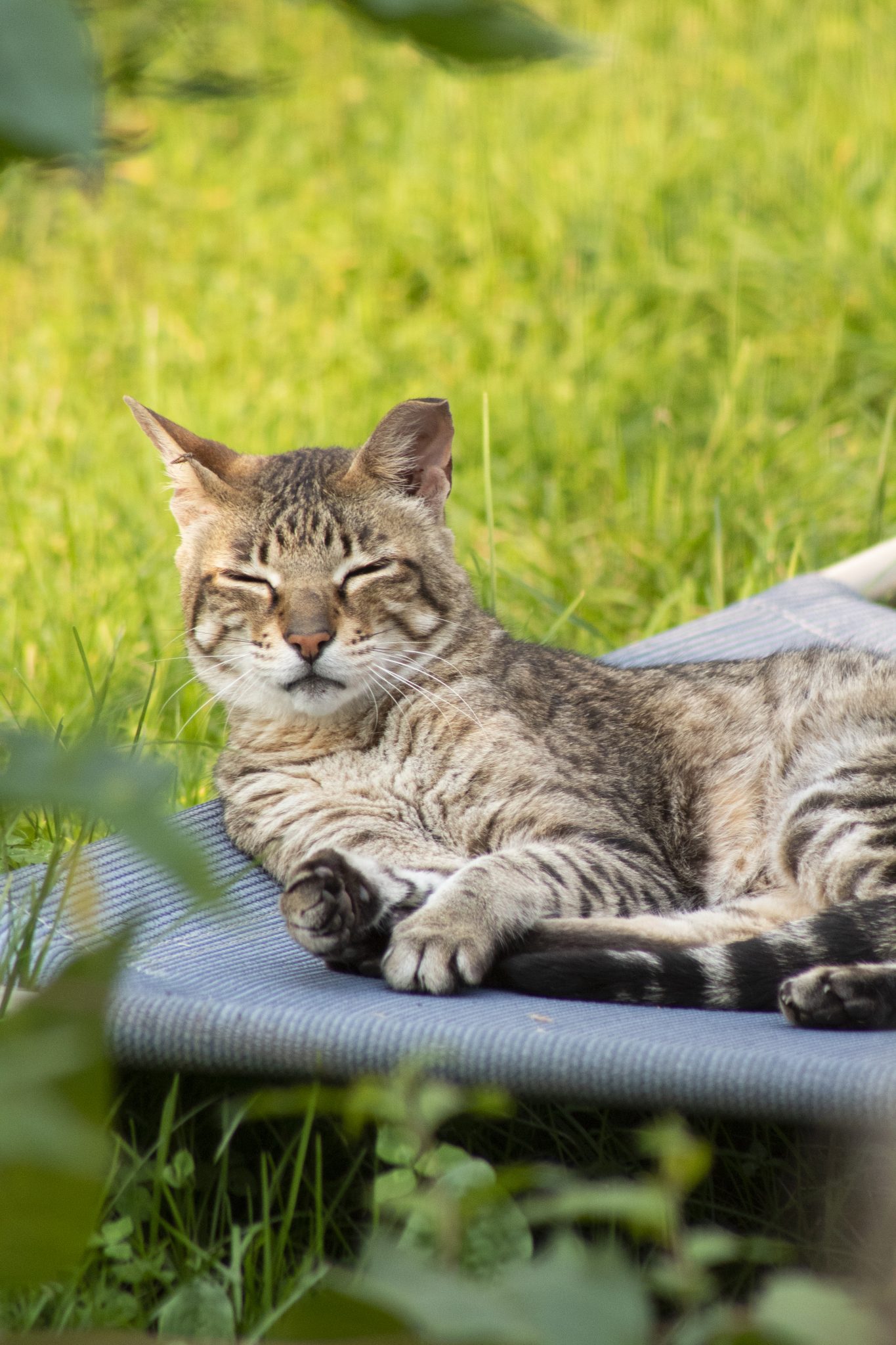 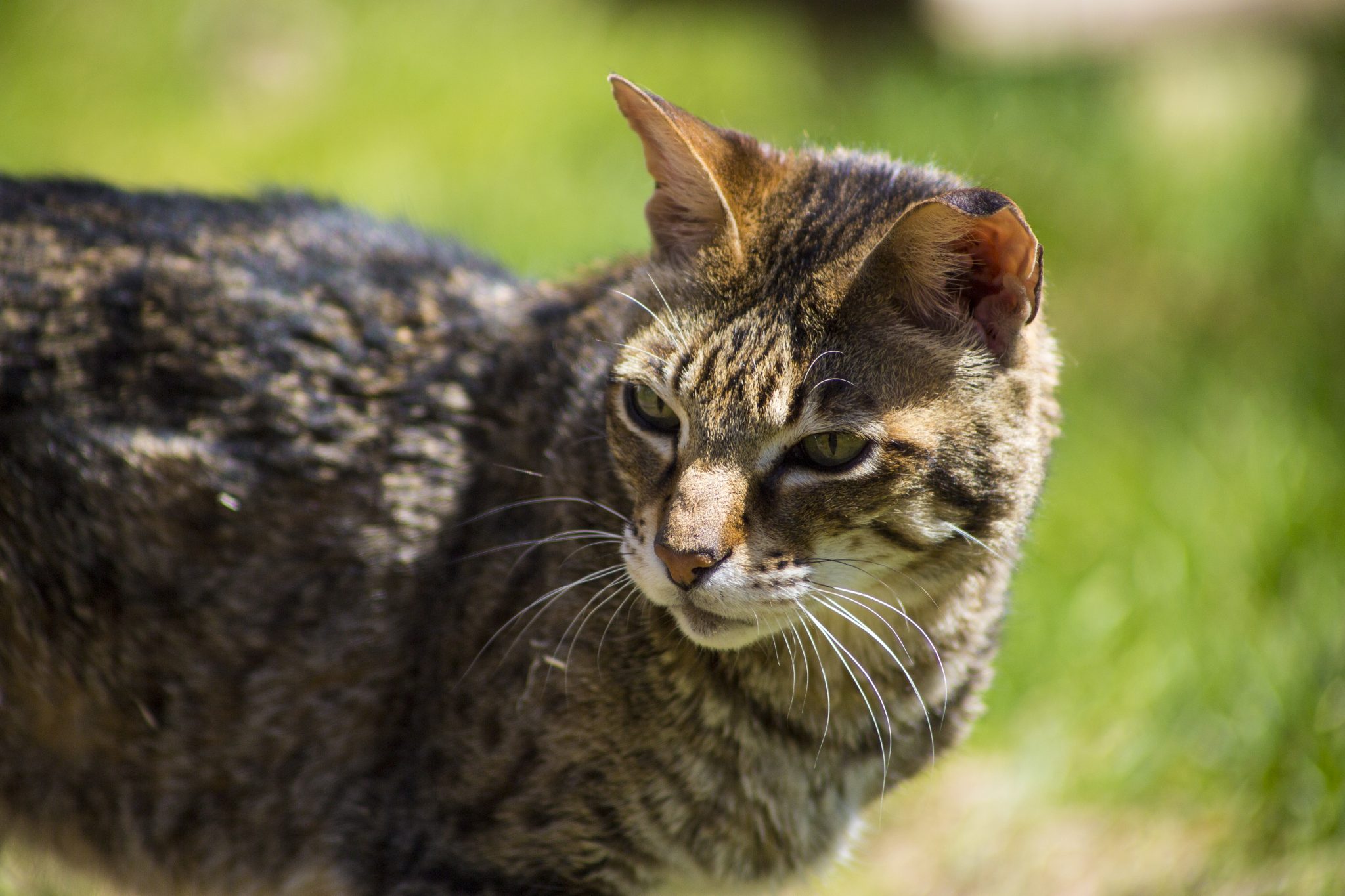 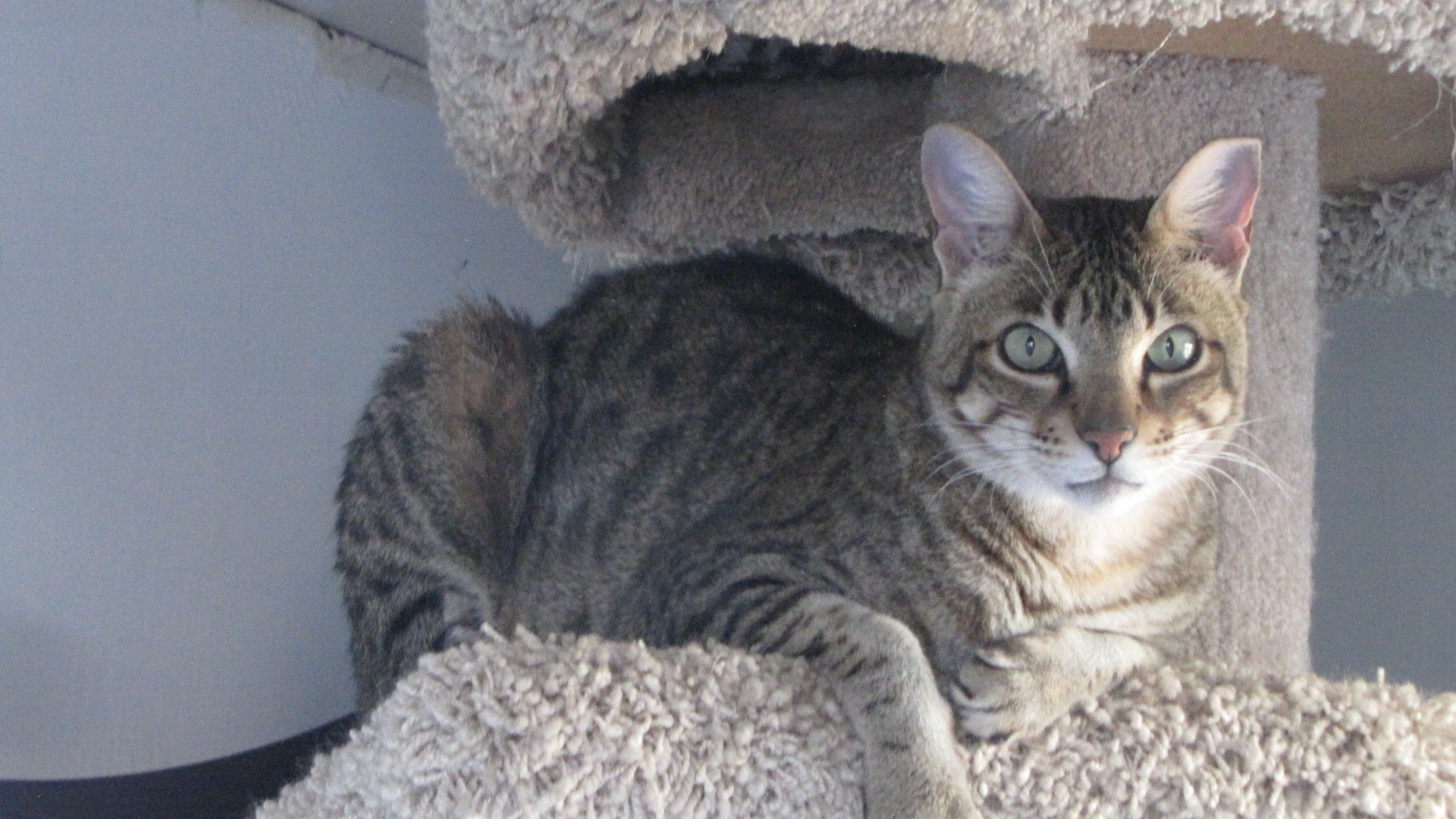 Diego is a male, F3 Savannah cat who came to The Wildcat Sanctuary in 2010. He was three years old at the time.

Find out what an F3 Savannah cat is and why we do NOT support breeding them.

As is typical with these hybrid cats, Diego had already been through several homes in his short life. After being surrendered to a Savannah rescue group, a family had adopted him.  But Diego only bonded with one individual and was extremely shy and scared of everyone else. This is typical behavior with hybrid cats.

After two years of living peacefully with the other family house cats, he began urinating on the couch.  His owners felt it would be best to place Diego in a sanctuary where he could be with other cats of his own kind.

Diego is definitely still a shy cat who prefers to watch his caretakers from afar.  He lives in a bungalow in the Hybrid Haven section of our sanctuary with other small hybrid cats. He has an indoor bungalow with perches, towers and comfy beds he can go to whenever he’d like.

Or, he can enjoy his outdoor secure habitat where he can bask in the sun on perches, hammocks and boulders.  He can even play with water in a pool we provide for him, too. It’s so nice seeing Diego live the life he deserved all along.

Caring for a wild cat for life – even a small hybrid like Diego – can be quite expensive. Hybrids usually come to us with special needs, genetic and/or medical issues due to their breeding.

Our sponsorship program helps support the cats’ care costs and allows you to form a special bond with them. Would you consider becoming Diego’s sponsor parent?

Another beautiful little one joined his family on the other side.  Little Savannah cat Diego had been losing weight. His blood work had our vets concerned about cancer. This week, our worst fears were confirmed and we had to help Diego pass on.

Diego arrived at the Sanctuary several years ago after being turned into a Savannah Cat rescue group by his owner for not consistently using the litter box. The rescue group adopted him out and the 2nd owner tried to make life good for little Diego.  But little Diego was shy and wouldn’t allow his new owner to pet or hold him. He communicated by soiling on the couch on several occasions.  That’s when the 2nd owner reached out to us.

Diego was very shy and timid his first few years at the Sanctuary. He made sure he was merged with more mellow cats since changes to environment increased his nervous behavior.  Over time, his confidence grew both with humans and his cat friends.

He began coming up for treats and taking them out of our hands, greeting us at the door along with his other cat friends, and even rubbing past our legs allowing for light pets. Watching a cat like Diego learning to trust again is the biggest reward we receive for the work we do.  Ensuring they have a happy life, on their own terms, is why we do what we do.

Even though we could never pick up, snuggle or kiss Diego, we loved him just as much as the other small cats.  He made his way deeply into our hearts and is a cat I’m so very proud of.  We gave him the tools to heal himself, and he embraced the opportunity. There’s no better thank you we could receive from a rescued resident.

Diego we love who you were and who you became. We will miss you greatly.