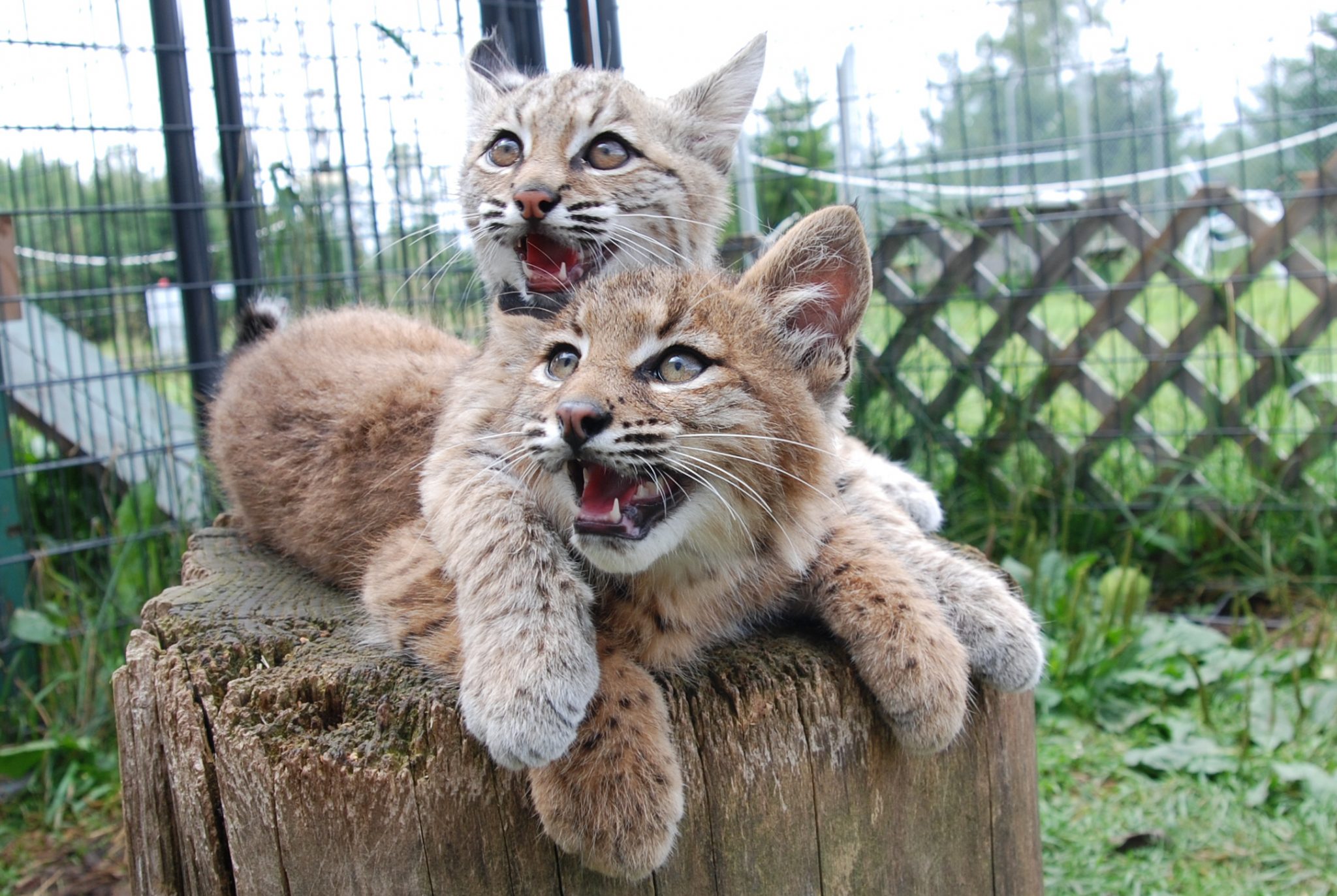 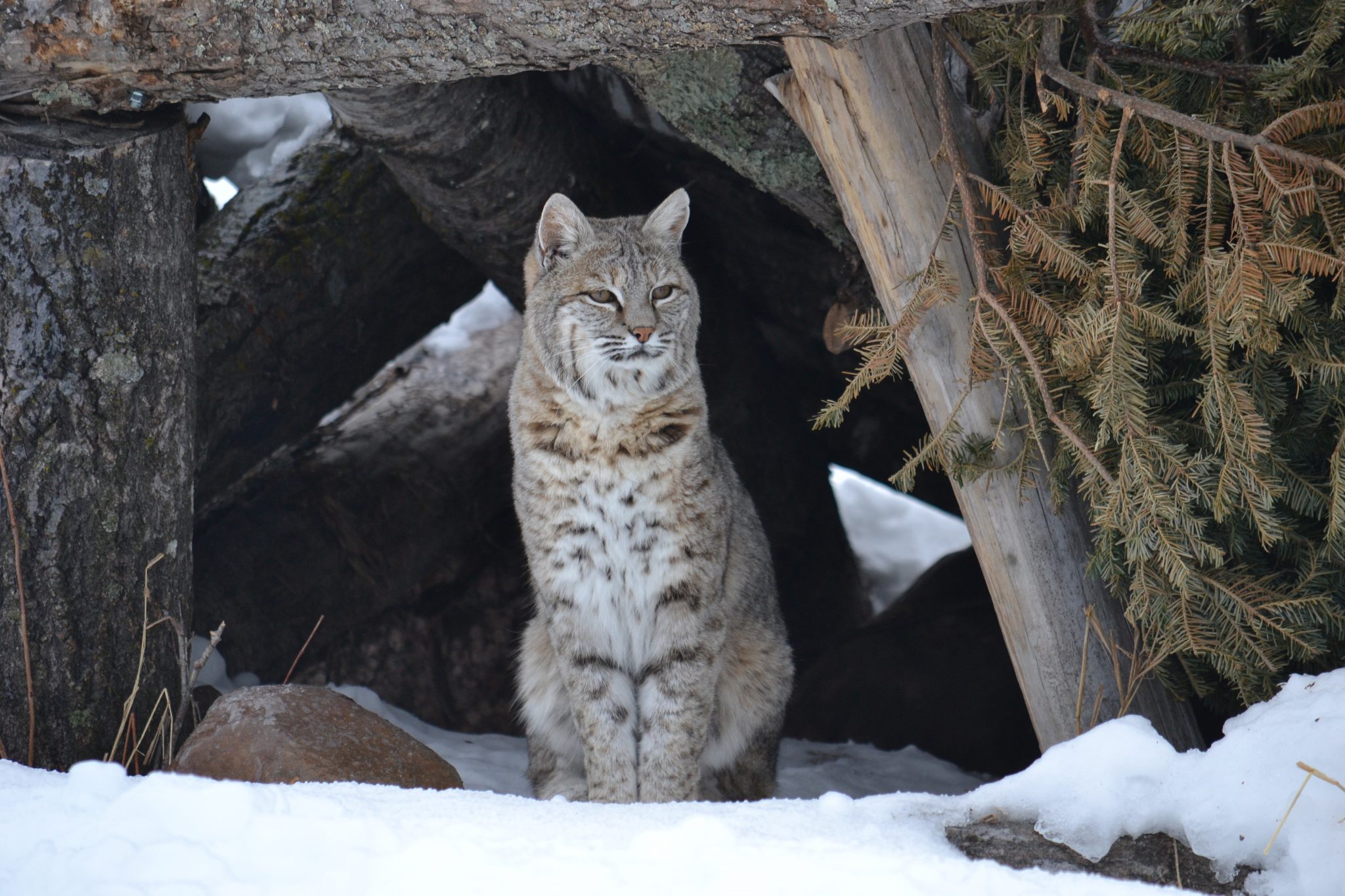 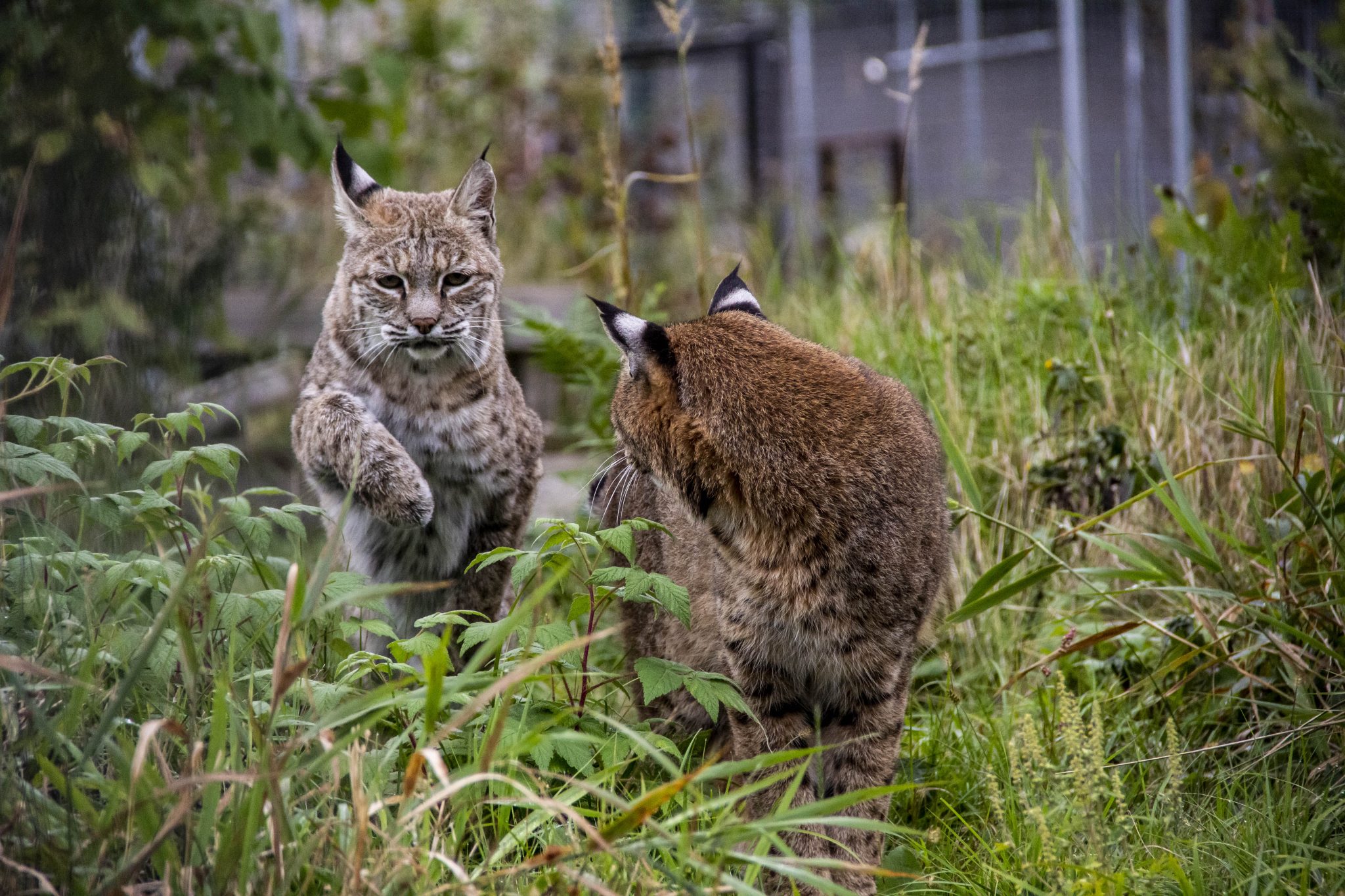 Haley is a female wild-born bobcat who arrived in 2008.  She was only months old at the time.

A sanctuary in Oregon was contacted to take in a wild- born bobcat kitten named Henry, who’d been abandoned.  Since they had space available for him, they verbally agreed. 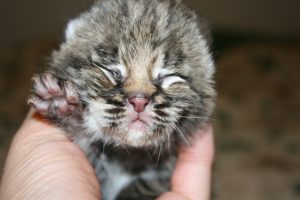 Not long after, the sanctuary received a call from the Montana Fish and Game Department regarding a female bobcat kitten, named Haley, who was not able to be released and needed placement, too. The sanctuary agreed to take Haley as well, and raise these two orphaned bobcats together.

Unfortunately, an import permit was denied by the state of Oregon to allow import of wild-born cats to their sanctuary. The sanctuary was devastated by the news, and the kittens’ fate was unknown.

Haley had been found with a sibling abandoned under a log in the wild. Their eyes were not yet open and they could not fend for themselves. Montana Wildlife Center took them in and tried to save Haley and her littermate.

The Oregon sanctuary and the Montana Wildlife Center spent resources and time to safely escort the animals to our sanctuary. Haley and Henry arrived within hours of each other and were immediately introduced. 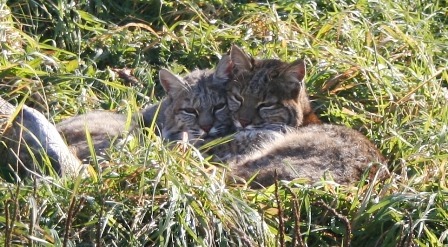 Henry greeted the little girl with a bobcat sound and Haley replied by jumping right on top of him! He let out a hiss and ran back into the transport carrier. Within hours, the two were tumbling, playing and following one another up and down perches and ramps. They have found such comfort in each other. It’s a friendship that’s lasted through the years.

Henry and Haley as they cuddle together today.

Rescuing young wild cats is so expensive, especially since it means 20+ years ahead of care costs. That’s why our sponsorship program is such a huge help! Would you consider being Haley’s sponsor parent?

Or even a one time donation towards her care would help so much. It’s easy to do using the buttons you see at the top of this page.  Thank you for your compassionate support!