Residents In Memory Jasper – In Memory 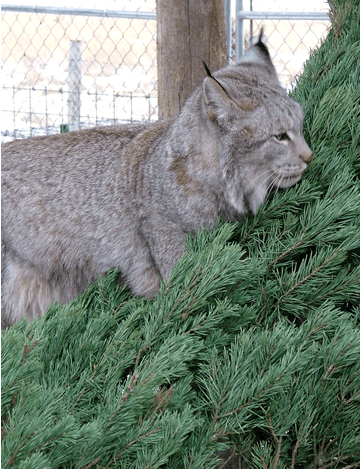 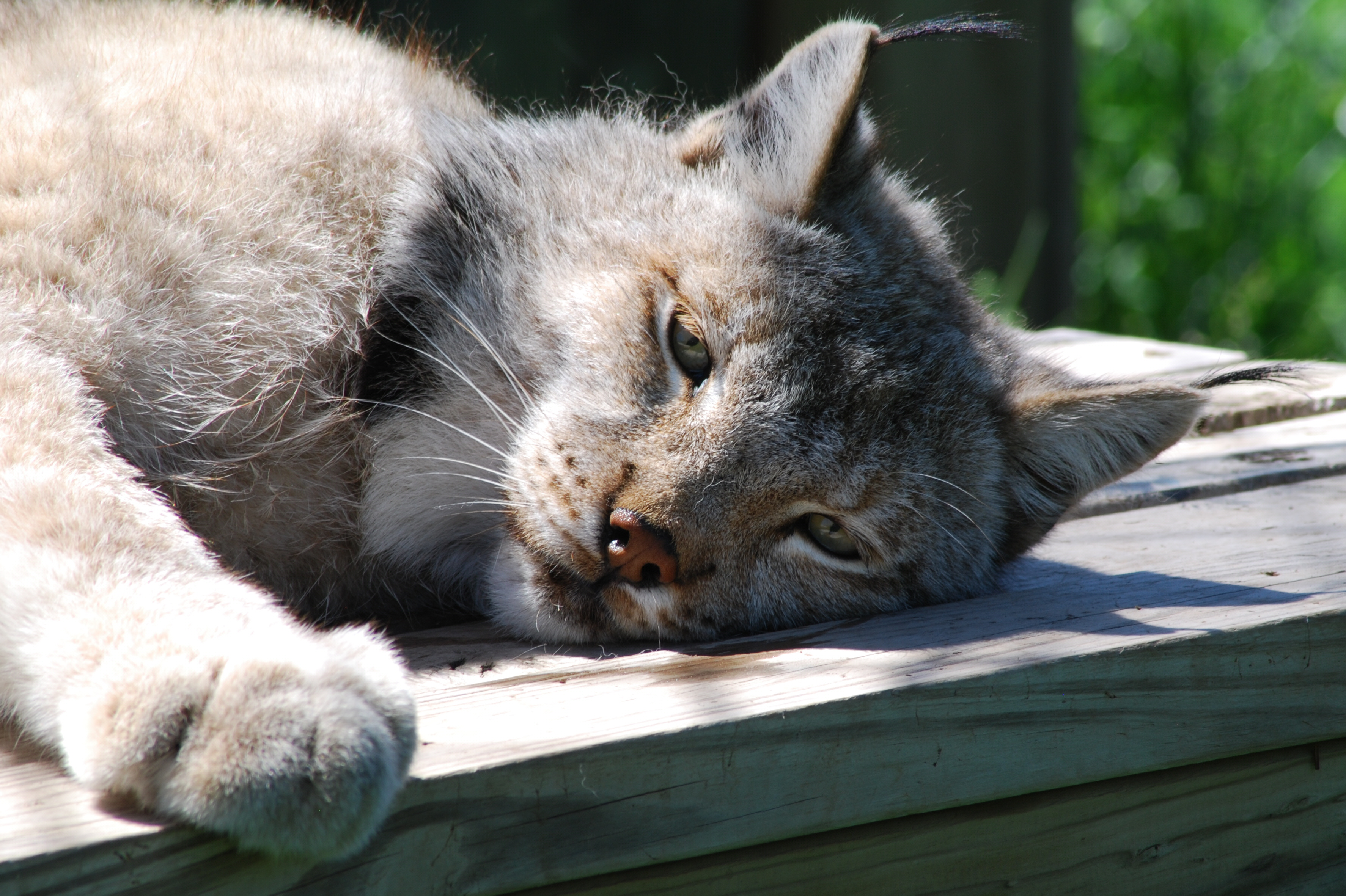 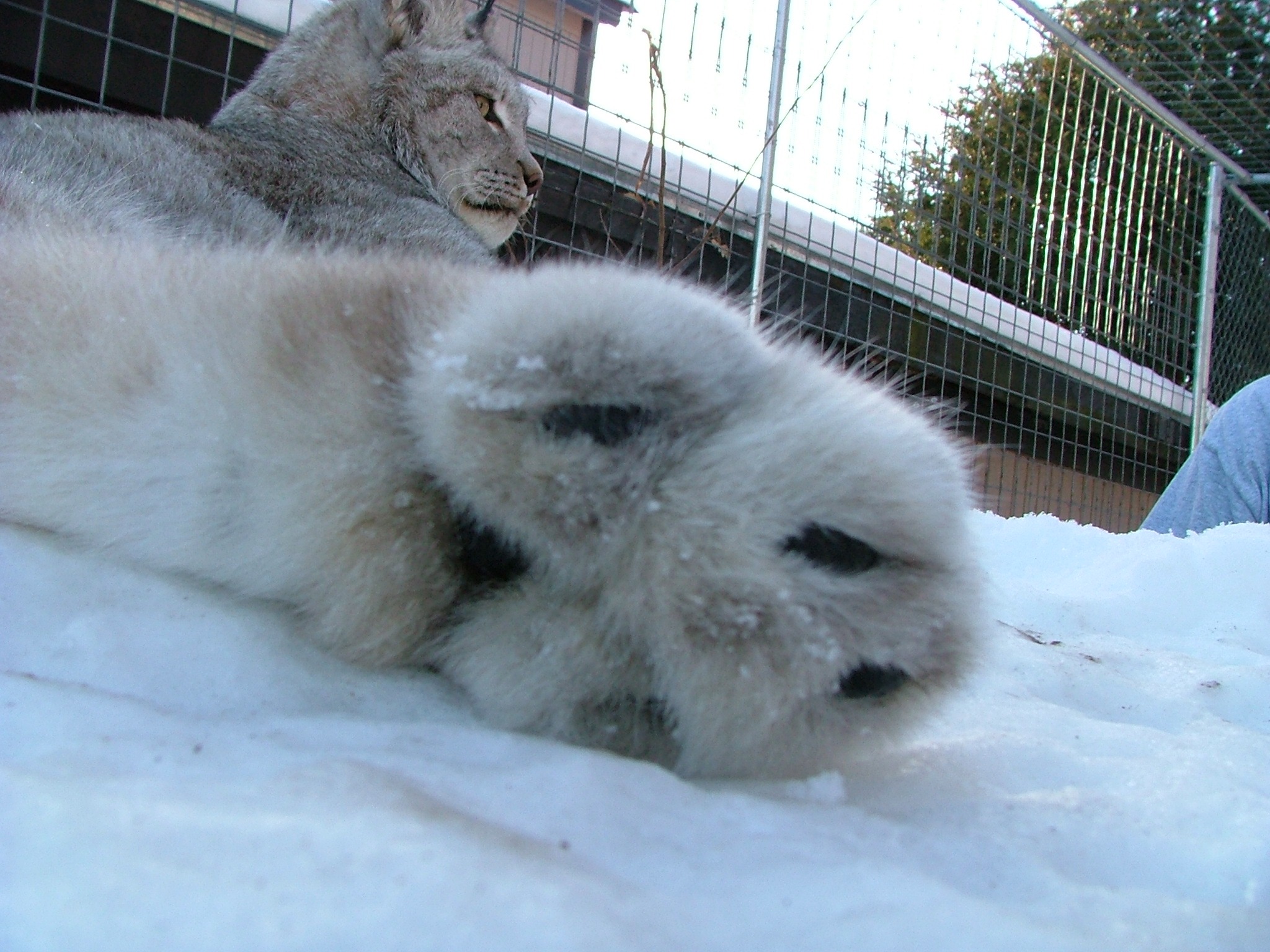 Jasper, a Canada/Siberian lynx-cross, came from a fur farm that was closed due to neglect and poor conditions. At eight weeks old, he was left to starve to death in an empty bathtub, covered with a piece of plywood.

Being one of the lucky ones, Jasper doesn’t appear to carry any lingering effects of his previously nightmarish life. Jasper’s arrival at the sanctuary gave him a new lease on life.

Jasper has grown healthy and strong. He truly enjoyed having his roommate Otis, until Otis passed away due to pancreatic cancer. Now Jasper lives alone and seems to be doing okay with his new found independence.

Jasper’s favorite time of year is winter. We learned that Jasper’s favorite winter pastime is playing on large piles of snow created from our winter chores. Clearing paths through the snow in Jasper’s habitat can create quite a huge mound.

Jasper can’t contain himself, he runs to the very top where he performs his famous “snow dance.” He literally jumps up and down and dances on top of the pile!

Jasper had a difficult start to his life, but he never held a grudge. He had a personality of peacefulness that I’ve never seen in another wild animal.

He enjoyed and accepted every person and animal that came into his life. But his best friend of all was Otis, who passed a few years ago. Jasper was so calm and easy going. He even participated calmly in his medical treatment to curb his recent onset of seizures.

Jasper taught me so many life lessons while he was alive. But his death may have taught me the most important…all living things are connected in this world…and never underestimate this.

Jasper was the third resident of The Wildcat Sanctuary and was one of my closest animal friends. His seizures had subsided and he was stable when I left for my recent trip to Africa.

This trip was extremely special and enlightening. I learned so much from the beautiful animals living out their lives in the wild. As well as the extreme poverty, but also joyful resilience, of the people in Africa.

For years, I’ve heard and used the term Rainbow Bridge when animals pass. But in recent years, we’ve often seen a full rainbow within a few days prior to or after an animal passes at the sanctuary. We’ve always looked at it as nothing more than an interesting coincidence….until my trip to Africa.

Upon my day of arrival in Lewa Conservancy, the brightest and most vibrant full rainbow appeared. I had never seen anything so strong and beautiful.

But with that came a heavy aching. My mind went right to the Rainbow Bridge. A frantic email home revealed everything was good and the animals were fine. My new friends in Africa comforted me and said; maybe the rainbow in Africa means something different than at home. “No worries – it’s all good,” I heard repeatedly on my trip.

The week continued full of animal tracking and visiting local schools. Each day, I felt blessed to be having such an experience. The sense of peace, appreciation and healing were overwhelming.

Late into the trip, our group proceeded to Pombe Point. A high point that overlooked all of Lewa. It was breath taking. Within a few minutes of arriving, an amazing full rainbow appeared, not only one, but then another above it. A complete double rainbow.

I had seen a full rainbow the first day, but never a double rainbow. Tears filled my eyes – of happiness and sadness. I couldn’t explain really why, but the Rainbow Bridge came back into my thoughts.

It would be several days before I could be in communication with TWS again. But when I finally did contact home, I emailed TWS saying I’ve seen not only the full rainbow, but a double. I said I know something had happened. They confirmed Jasper had passed at 4:30 pm on the day I saw the double rainbow.

My heart broke, not only from his leaving, but not being there with him. I know he was in the best and most caring hands as he left us, and I find peace in that.

But I’m in shock with his passing and also the great connection that I felt all the way from Africa. I no longer believe the Rainbow Bridge is just a phrase. I’m not sure I know exactly what it is or what happened, but I do know that I’m now so thankful and aware of the connection between the earth, animals and people. It’s a magical thing.

Jasper, thank you for your message and rest in peace with Otis at the Rainbow Bridge.