Residents In Memory Kasha – In Memory 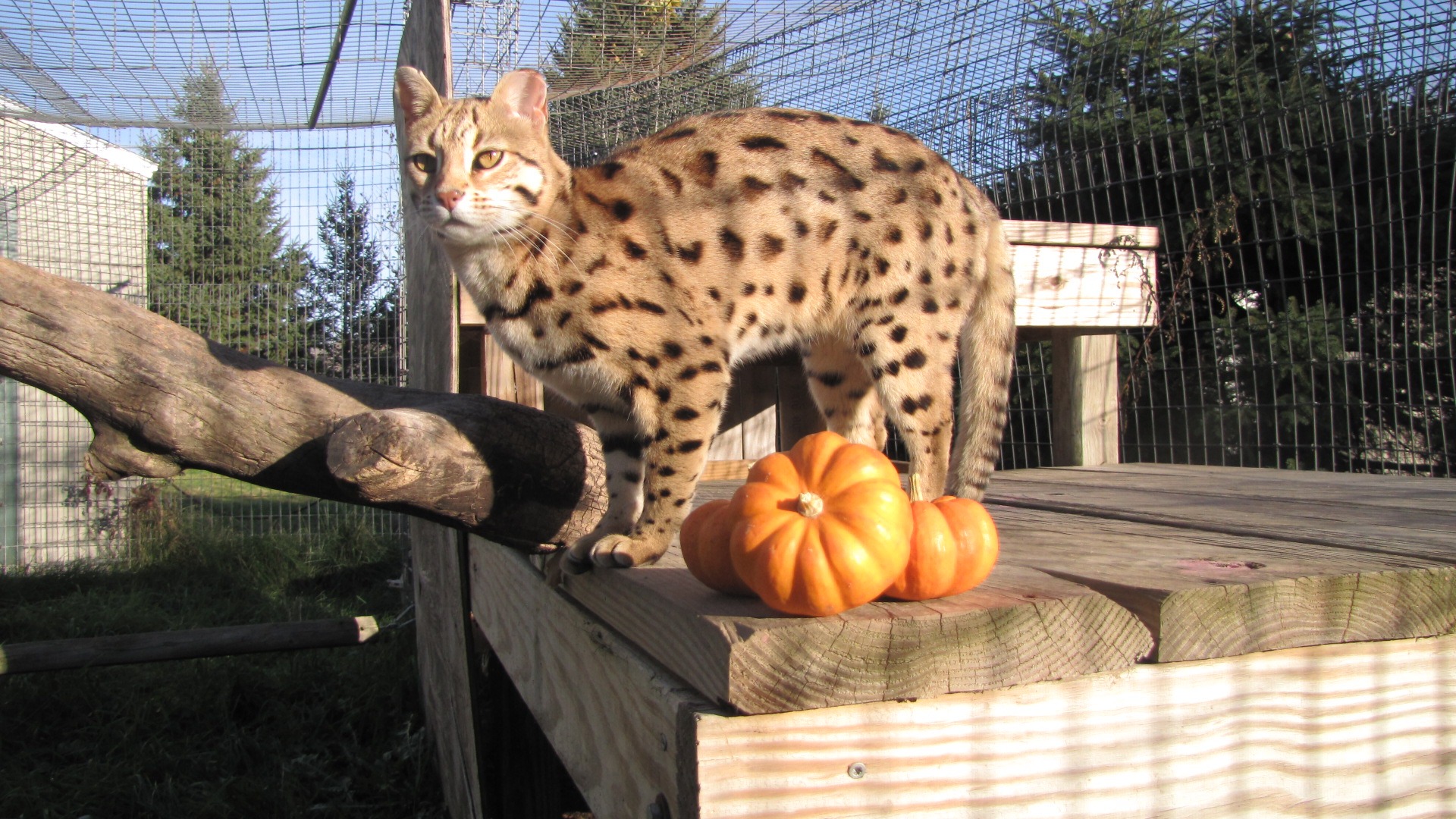 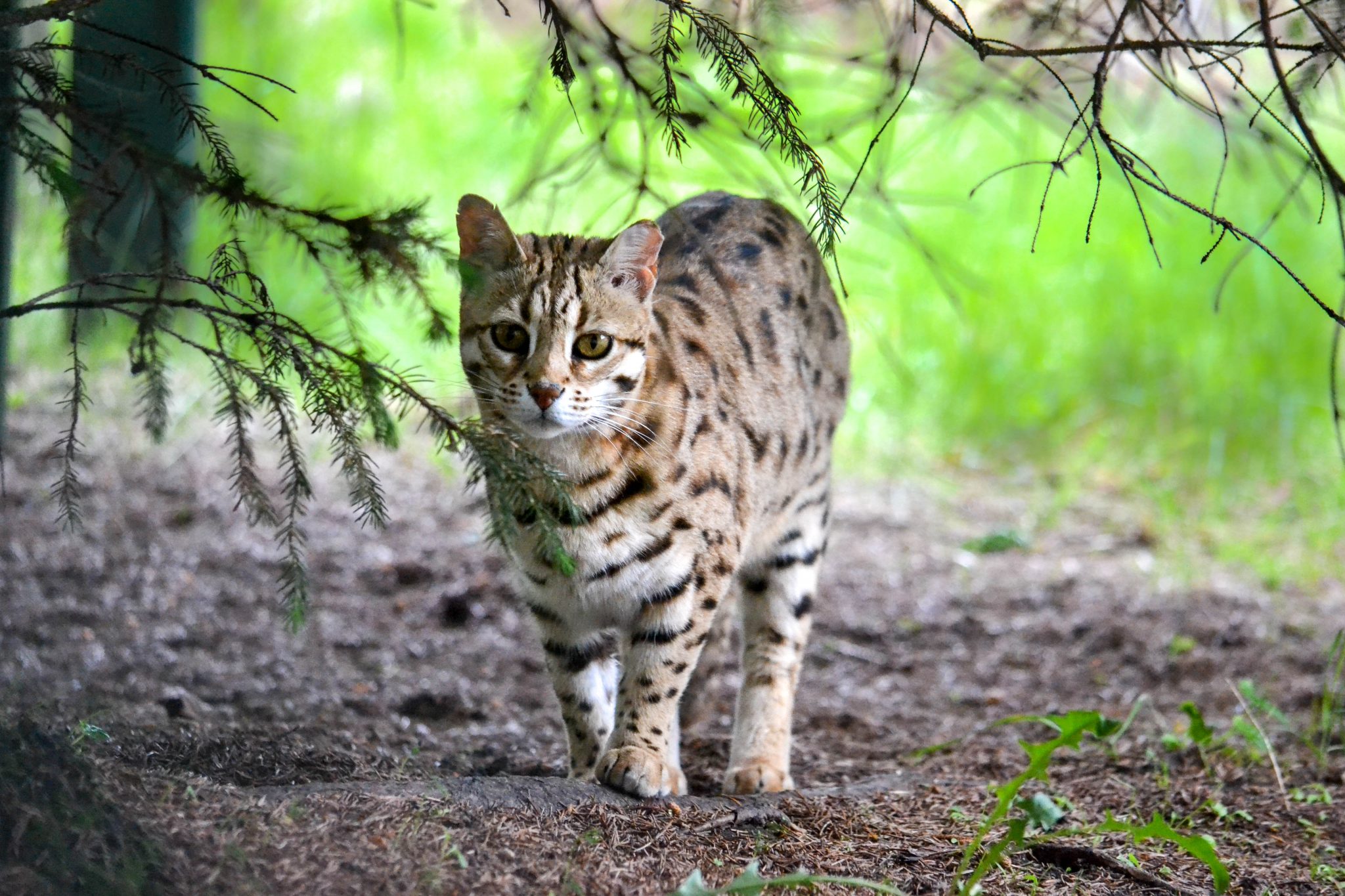 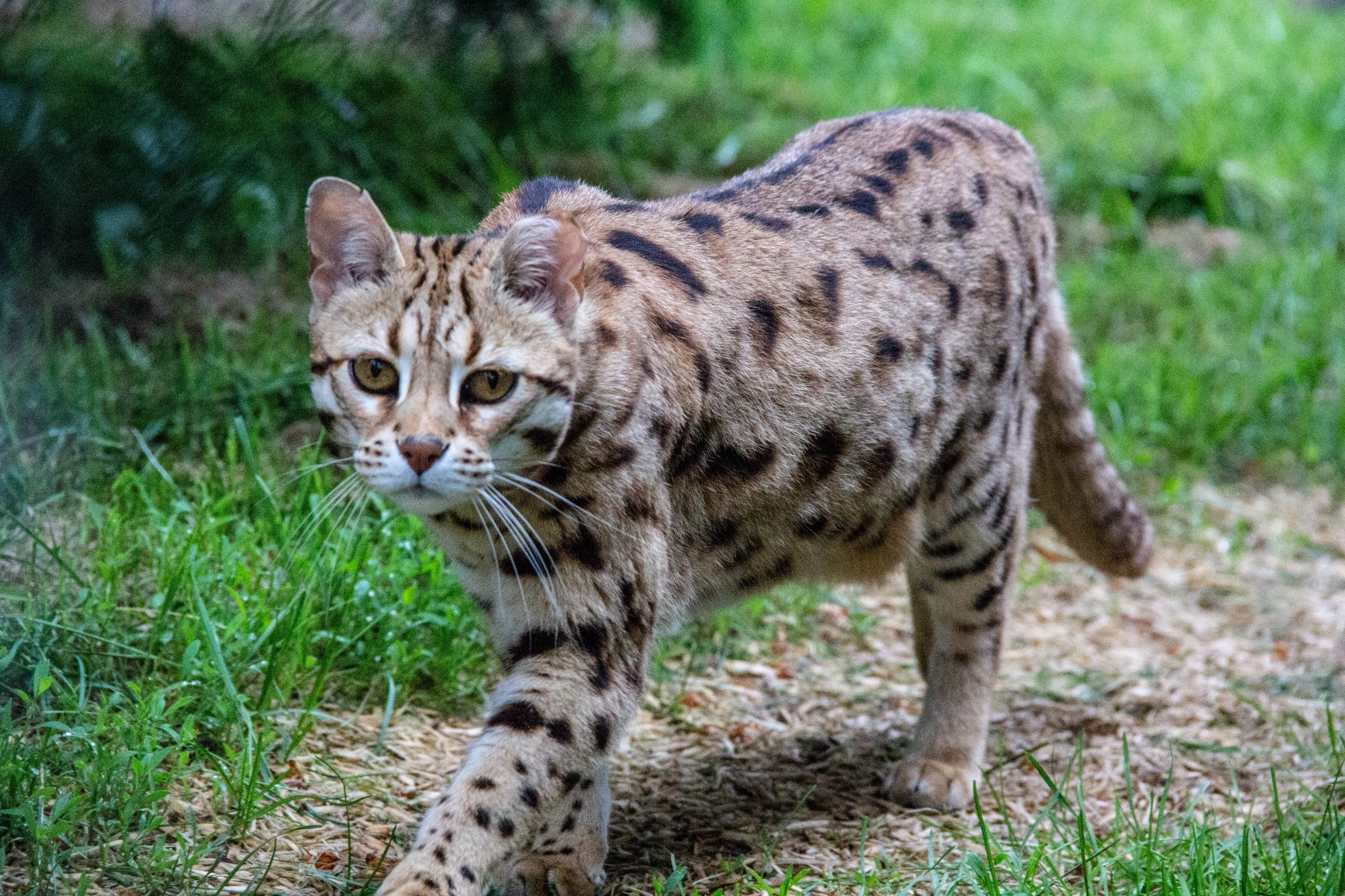 Kasha is a female F1 Bengal cat who came to live at The Wildcat Sanctuary in 2014. She was estimated to be about five years old at the time.

For those of us involved in rescue work, there’s no resting on holidays and this particular July 4th was no exception. That’s when Kasha arrived, after a small non-profit cat rescue contacted us. 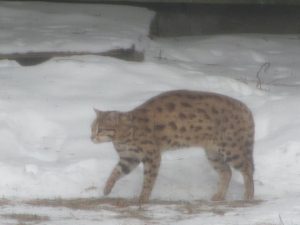 The rescue group had been called about a cat that had shown up in a couple’s barn. It took several months of feeding the cat before they were able to trap her. Once they did, they realized this wasn’t an ordinary domestic cat.

Kasha was confirmed to be an F1 Bengal – a hybrid crossbred between an Asian Leopard Cat and a Domestic Cat. Kasha does not enjoy attention from humans and paced rapidly in front of her window all day in her foster room.

The rescue group vetted and spayed Kasha and took their personal time to fly with her all the way to the Sanctuary.  They spend their time saving feral cats and helping Kasha was extremely important to them.  Like us, they do not believe hybrids make good pets.

Though we tried merging Kasha with other hybrids living in the Hybrid Haven section of the sanctuary, she made it clear she preferred her own “private suite.” When we rescue a cat, we are committed to doing whatever’s needed to make them happy.

So Kasha has her own habitat featuring shared walls with other habitats. This way, she has company of her own kind – but on her own terms. We’re happy we were able to provide her this chance for a wild at heart life.

Caring for a wild cat for life – even a small hybrid like Kasha – can be quite expensive. Hybrids usually come to us with special needs, genetic and/or medical issues due to their breeding.

Our sponsorship program helps support the cats’ care costs and allows you to form a special bond with them. Would you consider becoming Kasha’s sponsor parent?

What’s worse than having to say good-bye to a furry family member, is saying good-bye to multiple loved ones in a short amount of time.

It hurts deeper when we have waves like this. And it happens every few years.  Just as your heart is grieving from one, another leaves us.

Each cat is so special and individual and Kasha, the 11-year-old F1 Bengal, was no different.

Her loss was unexpected. This petite independent lady was eating her food, following her same routine, and wanting drive-by pets from her caretakers. It was the small nuance of her side being wet from grooming that initiated a wellness check. The morning it was scheduled, she had groomed down to her skin the night before.

We were devastated at what we found during her exam. Kasha had oral squamous cell carcinoma of the tongue. It had advanced to the point that we had no choice but to help her pass.

Even though Kasha was small, she left a huge imprint on our hearts. Being loose in Michigan for several months during the winter, a feral cat rescuer was finally able to trap her. This was a photo they took of her on the loose then.

They realized she was not a domestic cat. They drove Kasha all the way to the sanctuary to live out her life.

During her time here, Kasha made it clear she was an independent female. At only 6 pounds, she ensured any territory was hers and wouldn’t share it with another cat.

So, she lived in her own bungalow with plenty of trees, platforms, fun enrichment, and her own heated building.

She was absolutely stunning, but her bold independence was just as apparent as her beauty.

She liked her caretakers, but on her own terms. Before feeding, she’d zoom by quickly for a quick pet, before she circled back several more times for more affection.

Losing the small cats can be extra difficult because so many come in with health issues due to the hybridization or behavioral issues.

We give them each extra attention. The hybrids seem to leave us earlier than any domestic cat or 100% wild cat. It’s just one more reason hybrids should not be bred.

We will keep Kasha’s story alive to help others. She will be in our hearts always.