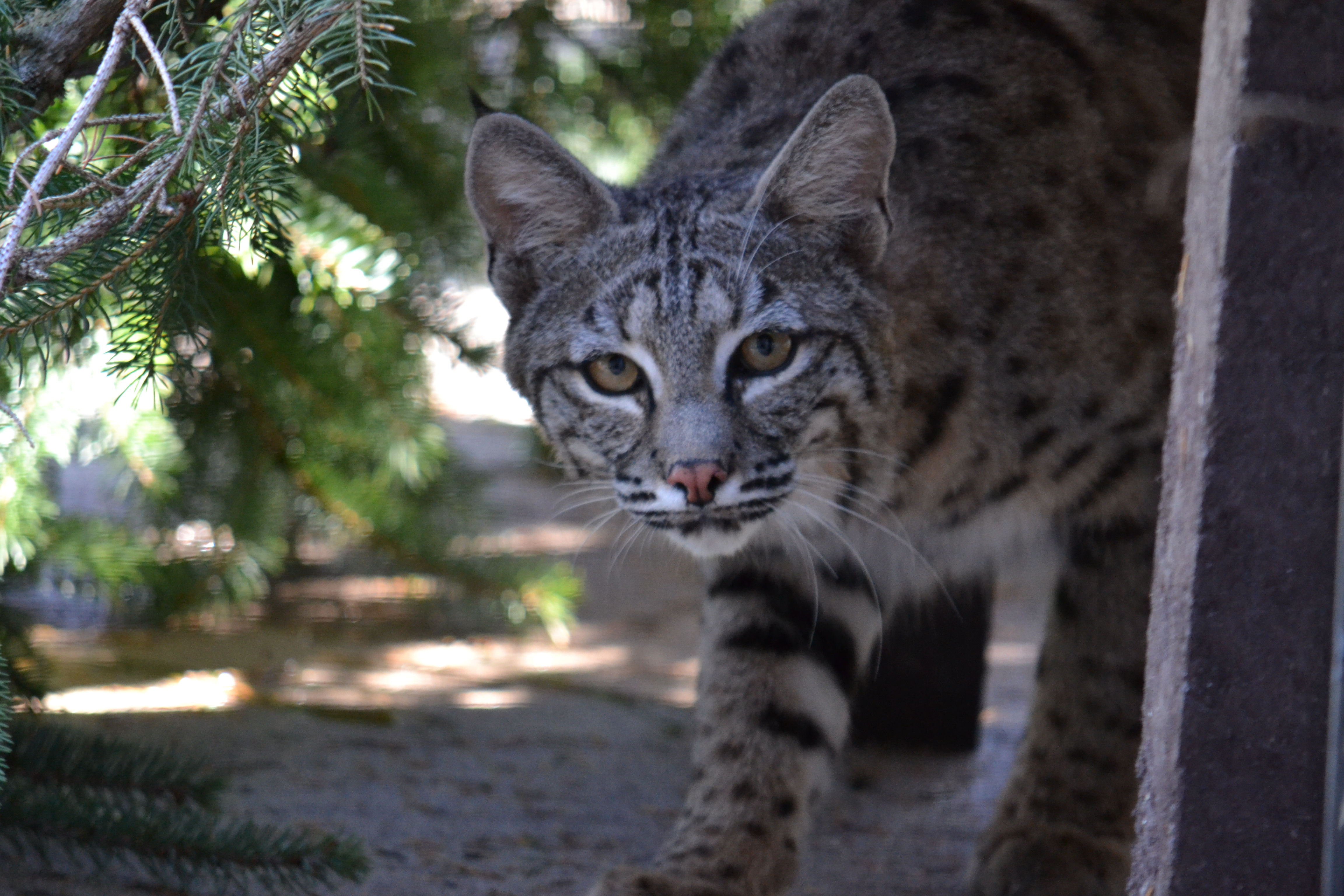 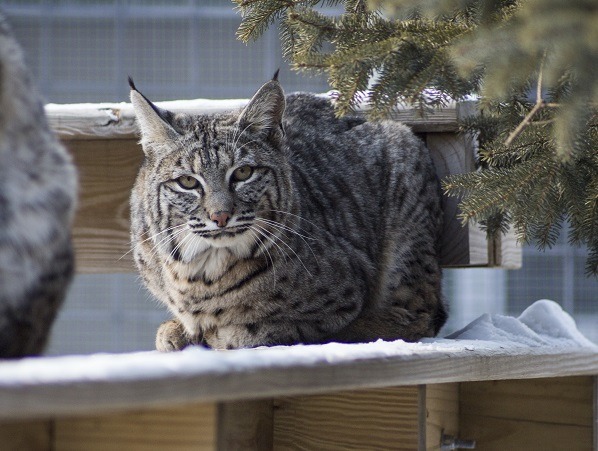 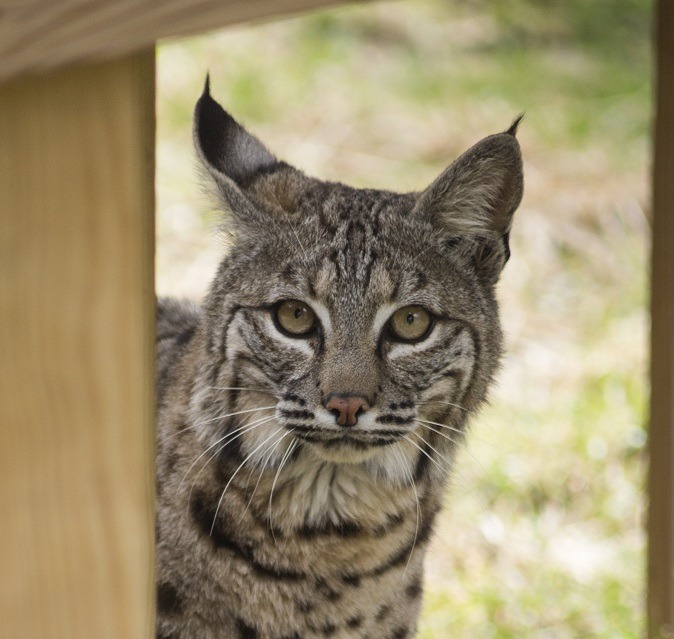 Bobcat Glenn arrived at the sanctuary in 2020. He’s estimated to be about two-years-old.

Glenn was found on the side of the road in California, emaciated and full of ticks. Animal Control was able to walk right up and put a net on him, which isn’t the way a wild bobcat would act at all!

That’s why the California rehabber who took him in suspected he’d been captive bred. Sadly, he appears to be yet another bobcat purchased as a pet and then released.

Behavior-wise, Glenn is very timid and likes to hide. He’s not aggressive at all. In fact, he seems to be a sweet boy. He’ll peek out from the bushes and follow along as caretakers are nearby.

After his cross-country, 2,000 mile journey from California to Minnesota, he began settling in well here at the sanctuary.

Initially, we have Glenn in a habitat next door to his travel mate, bobcat Sarge.  We’re observing them to see if there’s any sign they might want to live with one another. If not, we’ll definitely be on the lookout for a new friend for Glenn in the months to come.

Our sponsorship program helps cats like Glenn live wild at heart. Would you consider becoming his sponsor parent? It’s such a great way to make a difference.