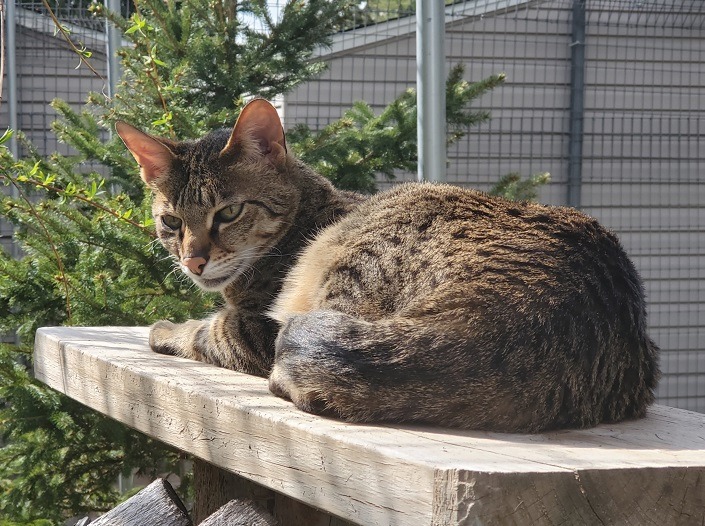 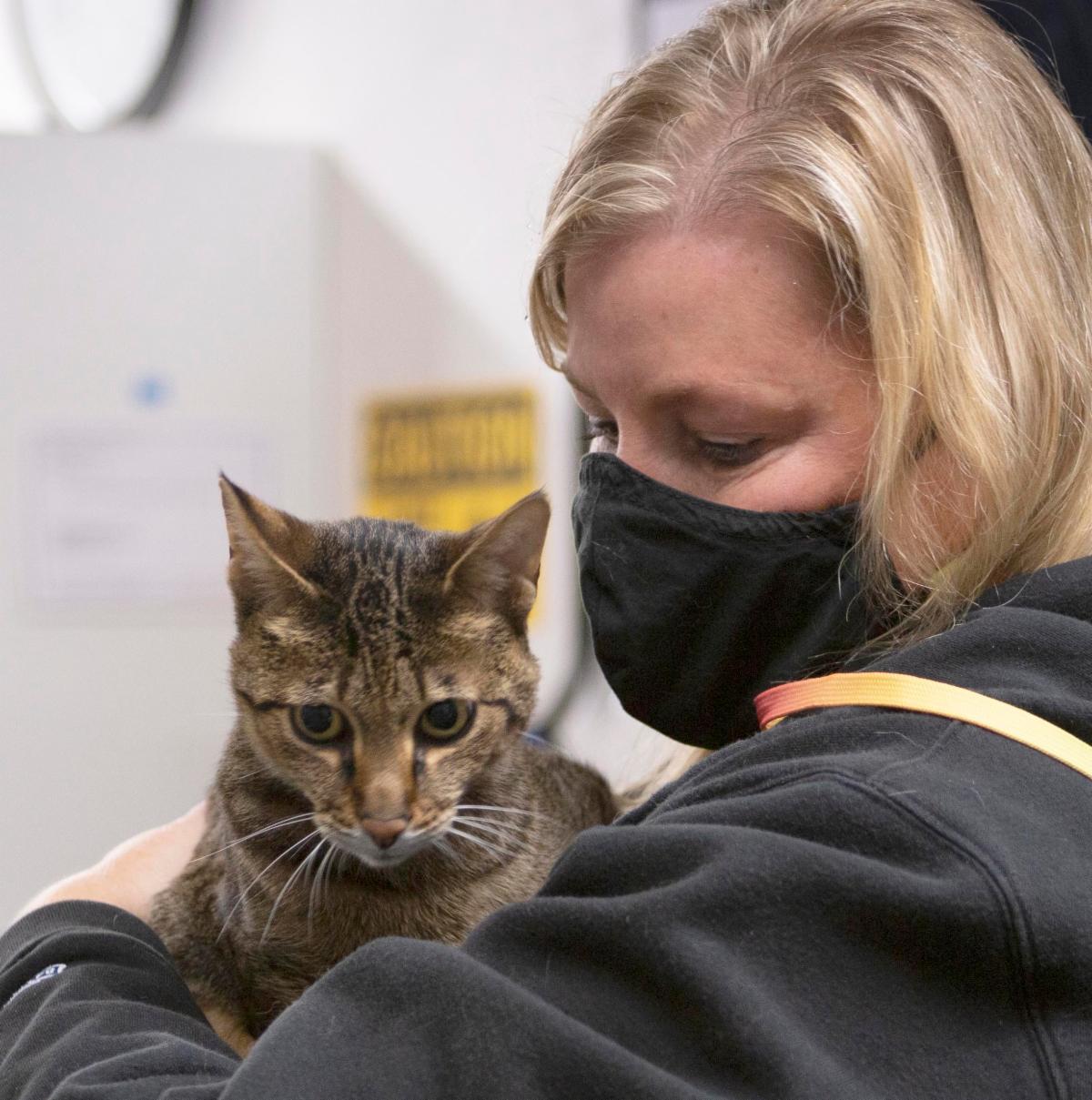 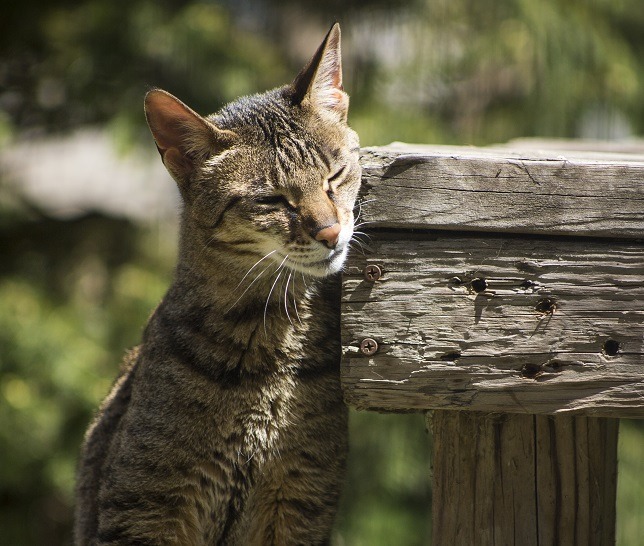 Love, a Savannah cat (African serval/domestic cat hybrid), arrived at the sanctuary in 2020. She is approximately six-years old.

So often, you read in the news about local animal control officers having to deal with escaped wild or hybrid “pets.” Often, they turn to us for assistance, especially with hybrids. Few are familiar with hybrids and their care.

We were contacted about a Savannah cat running free on the East Coast. Though she wasn’t causing problems necessarily, people were worried when they saw her just sitting in the middle of the road.

Her owners were found. They said they didn’t want the cat in their home since she’s deaf and screams at night, keeping them awake.

Authorities told them they’d be charged with animal cruelty since this Savannah had no way of defending herself from predators. They chose to surrender her instead.

We’re so thankful this concerned animal control officer reached out to us.

The Savannah was seen by a vet there, had blood work run, and was vaccinated. Their understanding was the deafness was a recent issue. She’s been born and bought in 2014 and the officer was told the breeder would not take her back.

It’s infuriating when irresponsible breeders make huge profits selling these cats, but show absolutely no commitment to them in the long run.

She’d already been at the shelter for over a month and definitely is a screamer. With that issue, it would be impossible to find a good home for her. And long-term life in the shelter wouldn’t be good for her either.

So, yes, we stepped up to help yet another Savannah who needed a special home to meet her special needs.

We’re incredibly thankful to our volunteers who drove her all the way from the East Coast to Minnesota so she could begin her new life with us. 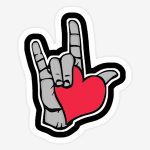 With this new life comes a new name, too. It’s LOVE—and that’s what we plan on showering her with, thanks to your compassionate support!

Since Love is deaf, we chose the “I love you” sign to represent her new name so our caretakers can easily communicate with her.

We’re also looking into teaching her signs associated with food and water. Many of the signs being used will only require the use of one hand, allowing the caretakers to hold food bowls or treats in one hand while signing with the other.

If you’d like to welcome Love in a special way, why not consider becoming her sponsor parent?

It’s just $12.50/month or $150 annually and we’re happy to send along updates and photos of her throughout the year to you. Just click the SPONSOR button at the top of this page. Thank you!