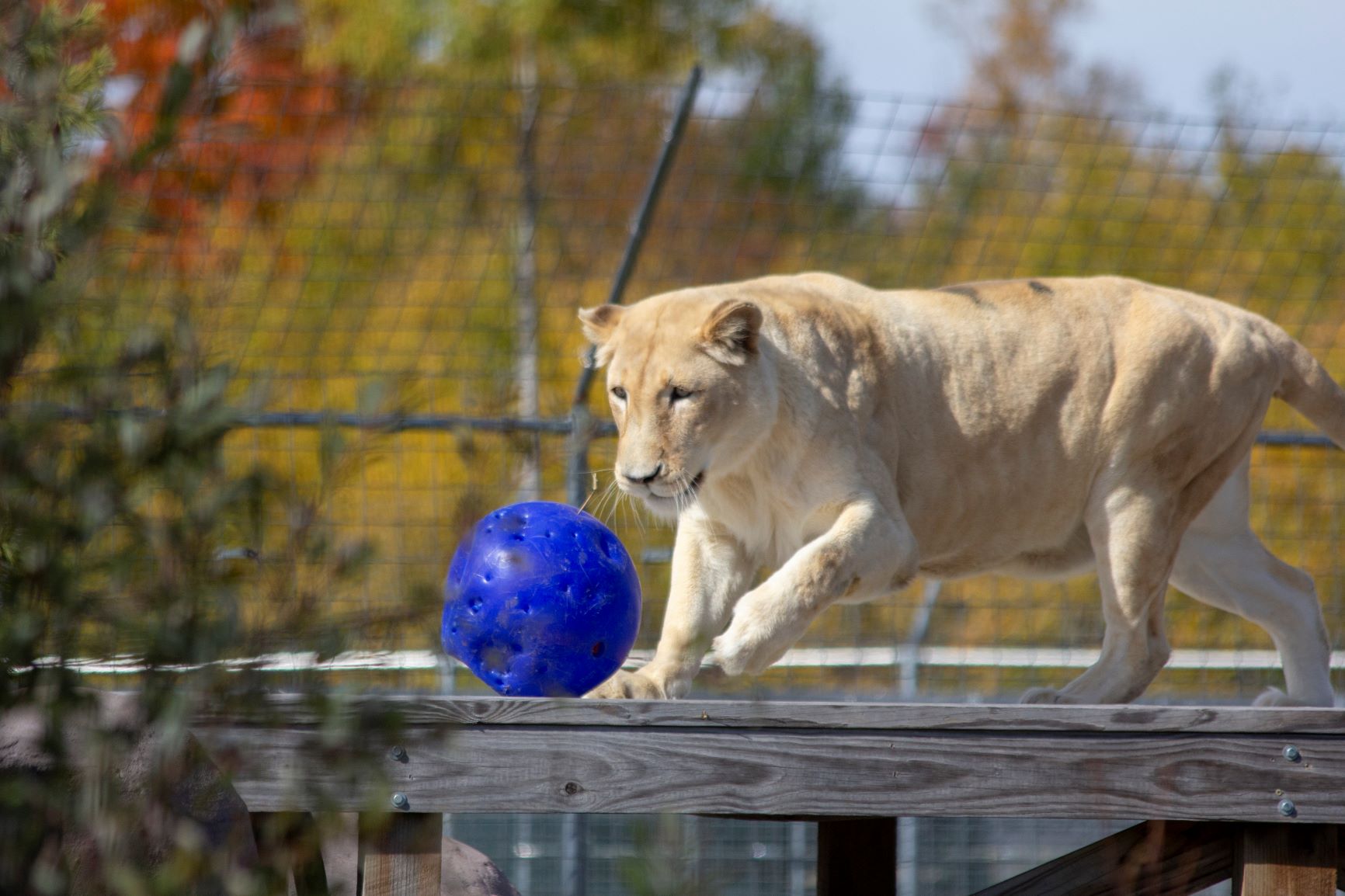 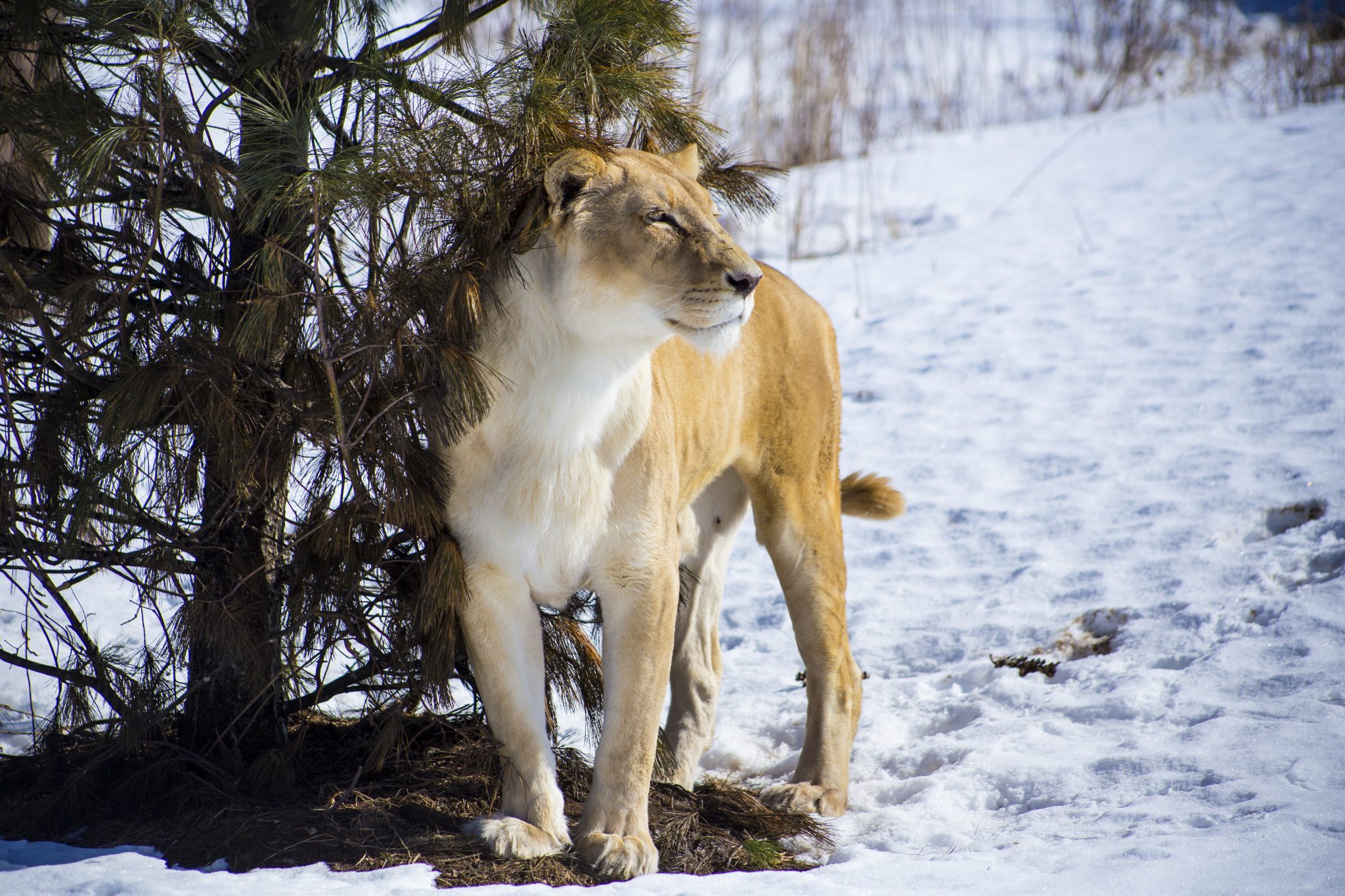 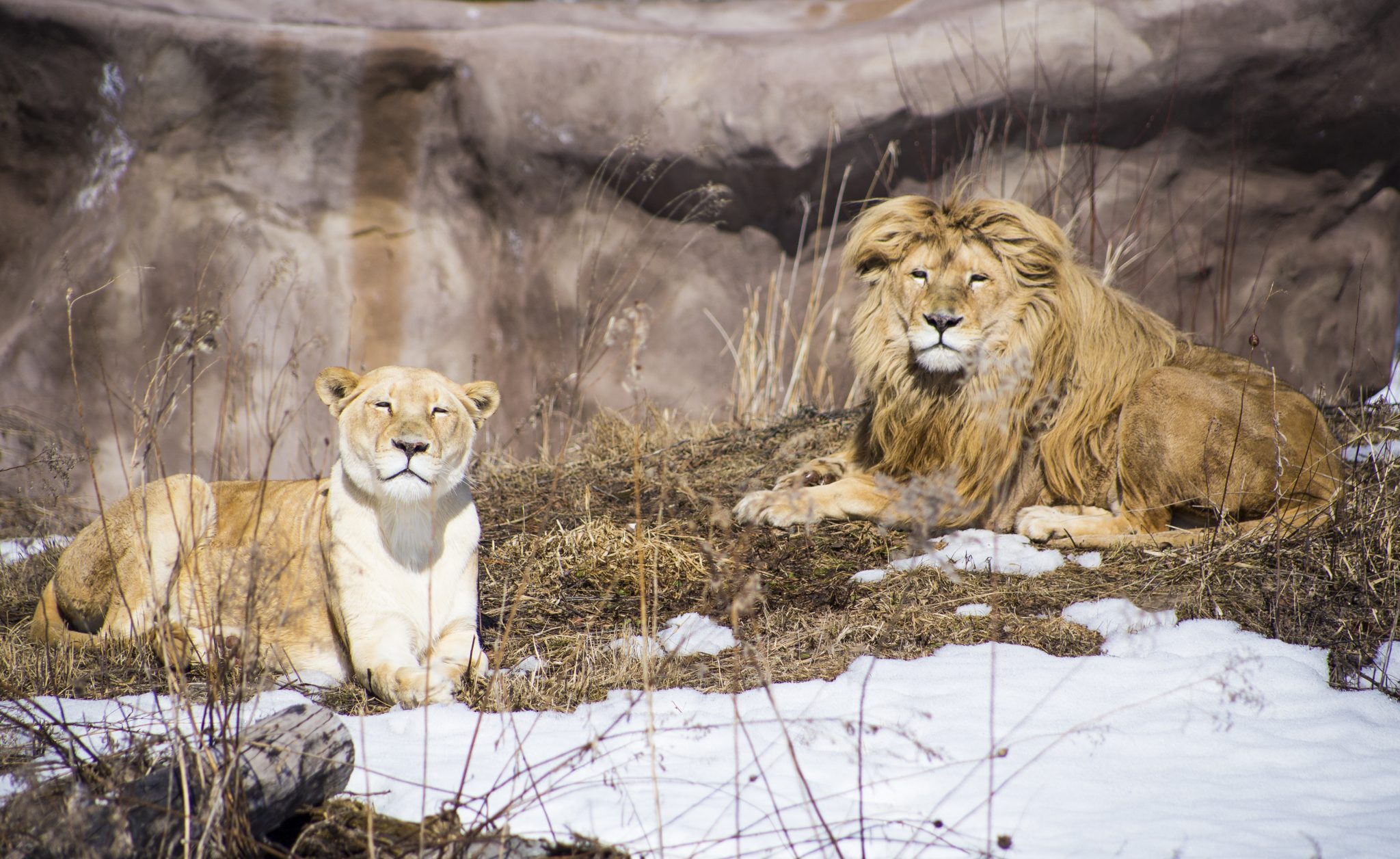 Now that the Buenos Aires Zoo was shifting its focus from being a government-funded zoo to a compassionate eco-park, they’d be exhibiting native species only. That meant many of their animals would be relocated, including this lion family. 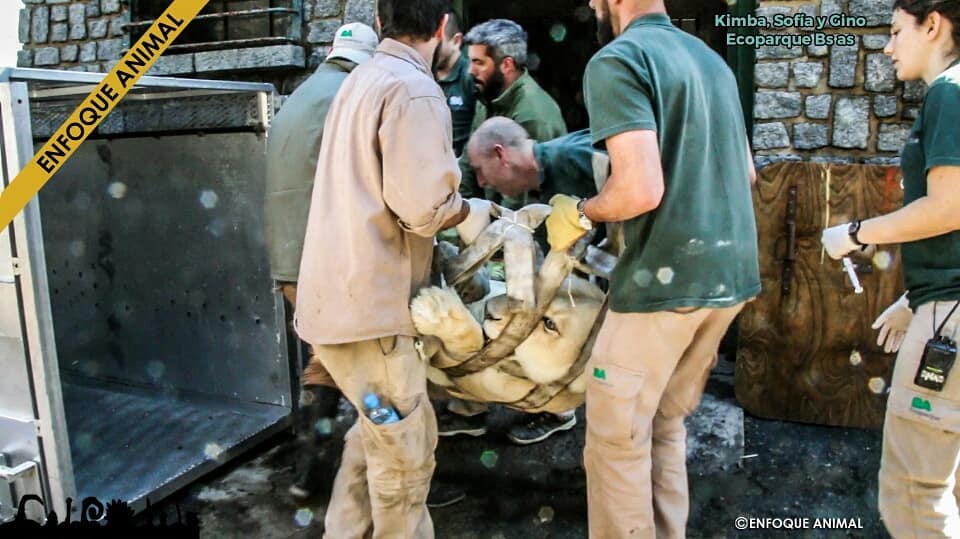 We worked with them for almost two years on this possible relocation. Zoo staff flew to the United States to look at many possible sanctuaries for their lions. After visiting The Wildcat Sanctuary, they decided it would be the best place for their lions to live out their lives, wild at heart.

Arranging transport for Sofia and six other lions was a monumental undertaking. It’s never easy coordinating international rescues. There are so many authorities, agencies, and entities involved, all speaking a different language.

Sofia and the other six lions made the 6,000 mile journey, arriving safely after being transported by airplane to Miami and then driven to Minnesota.

Sofia had been known as a “cranky” and very aggressive eater. The Argentina caretakers who accompanied her were brought to tears when they were able to feed her at The Wildcat Sanctuary, and she took her food so calmly.

With so much nature around her, so much space to enjoy, she no longer had to act aggressively to protect the little territory she’d had before. Her personality changed drastically.

This literally was a life-changing journey for Sofia.

The day of rescue is only day one of a lifetime of care expenses. If you’d like to help with Sofia’s support, a wonderful way to do that is by becoming her sponsor parent. Or even a one time donation to help with his support would mean the world for her.

You can do that easily using the buttons you’ll see at the top of this page. Thank you!