Residents In Memory Tasha – In Memory 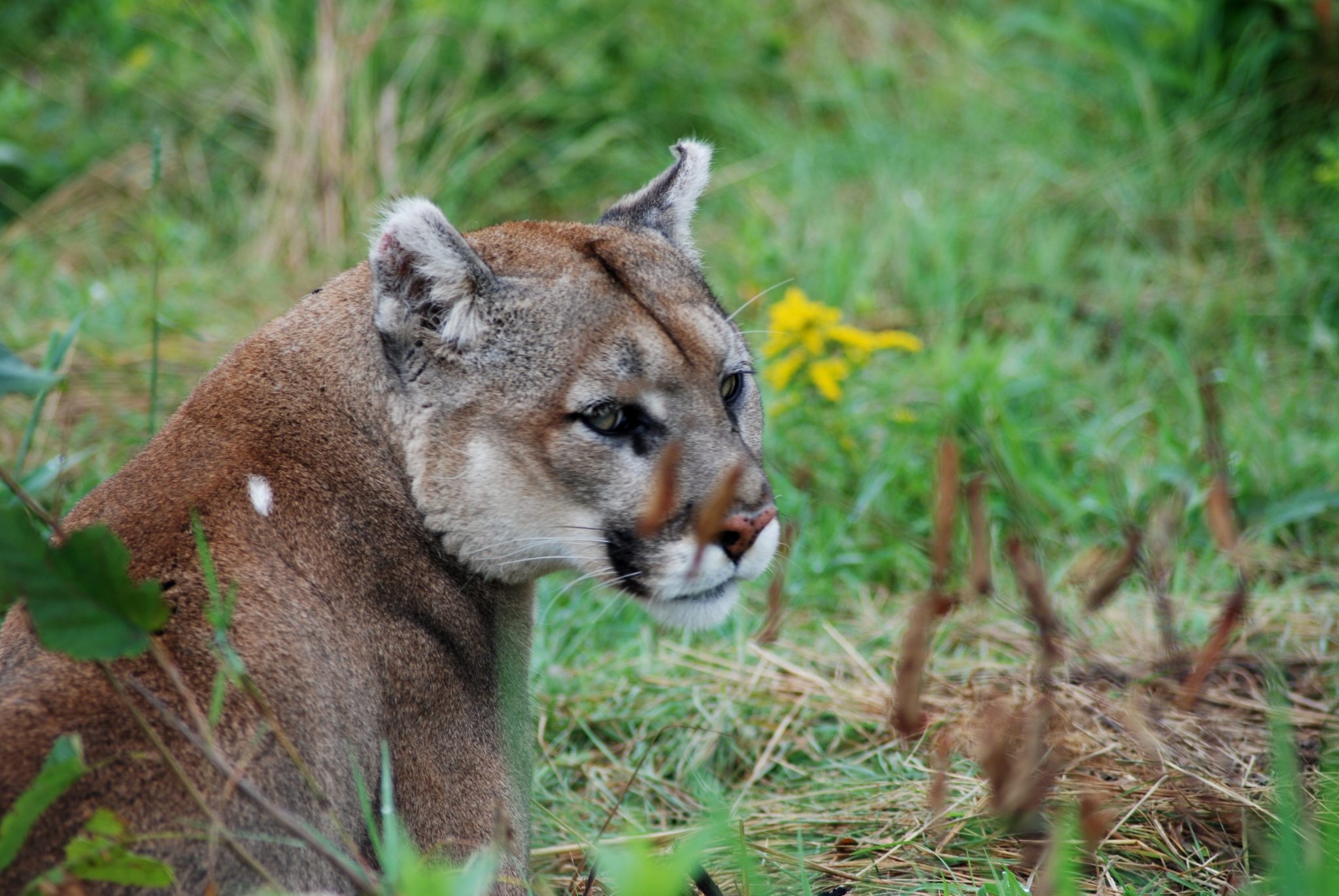 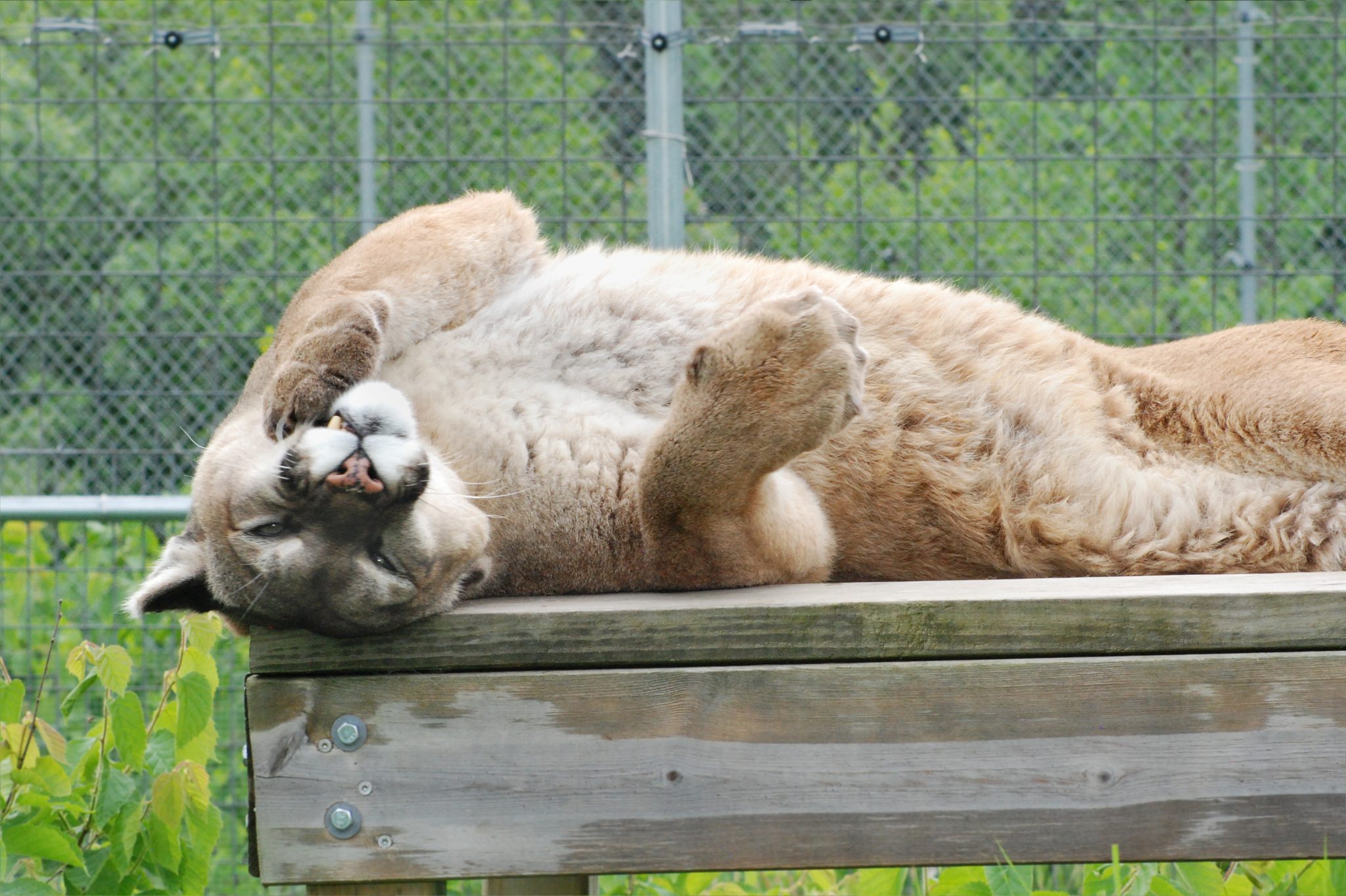 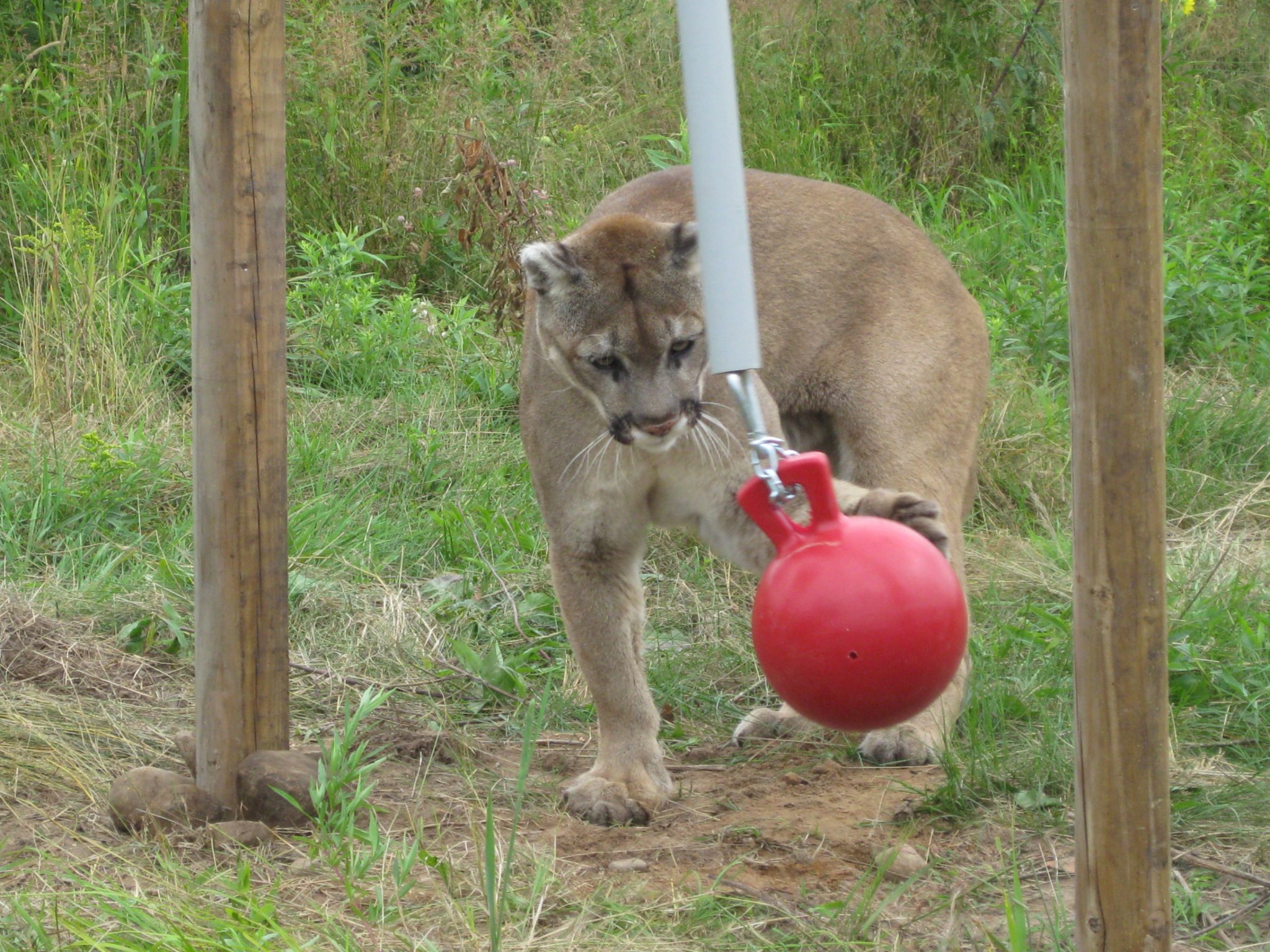 A pet tiger was shot by authorities in Iowa after it had escaped and attacked the owner’s dog (read news article below). The owners also had Tasha and another cougar Raja in their possession and contacted TWS for help. Tasha and Raja came to TWS in 2007.

Tasha is a female cougar with a sweet disposition who “talks” constantly.  She is very easygoing and loves all sorts of 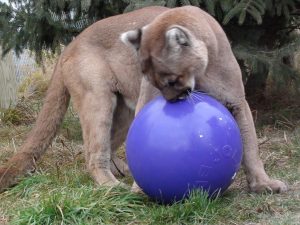 enrichment, like balls and whole prey. In fact, Tasha is so playful that she will often provide her own enrichment, tossing her food dish around or stalking nearby interns.

Unfortunately, as she approaches advanced age, Tasha has begun to experience kidney problems and other age-related issues. Tasha receives special supplements which are added to her daily diet in order to keep her as happy and healthy as possible.

Tasha prefers to live alone and tends to hold herself in higher regard to other cougars.  She has established herself as the princess of TWS. 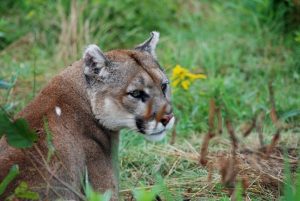 Sadly, we had to say good-bye to one of the strongest voices here at TWS, 17-year-old cougar Tasha.

Tasha had been treated successfully for years for advanced renal disease and hip dysplasia.  A few years ago, she began having seizures, but those also subsided.

This week, the seizures returned and her prognosis was poor.  We had to make the difficult decision to let this joyous girl move on to spread her specialness elsewhere.

Every single day, Tasha brought a smile to our faces and was full of fun antics.  She was a cat everyone at the Sanctuary looked forward to seeing.  And she felt the same way in return. Her distinctive voice was much deeper than a normal cougar and her personality stood out.

She would run along the fence with her caretakers, stalk behind the smallest blade of grass, and be the first and last to greet everyone near the entrance to the Cougar Cove section of the Sanctuary.  Her head bobble was precious and her purr was contagious.

When she was younger and had more energy, she played for hours with her tug toy.  She loved to 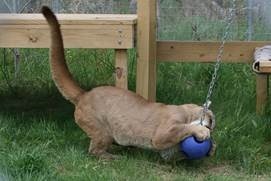 entertain herself as well as all of us.  And if you gave too much attention to her neighbors, her distinct call could be heard to lure you back her way. No one could resist her.  And why would you want to?  She could bring a smile to anyone’s face.

As social as she was to people, she was not that way with other cats and chose to live alone.  She would not tolerate a cougar even on a shared wall, so bobcat Baby Jenga moved in to be her next door neighbor.

Tasha liked being the queen of her castle, and all of Cougar Cove.  She was the first to be heard in the morning and last at night.  Oh how we’ll miss her being such an important part of our daily routine.

We love you Tasha and know your joyous spirit is no longer hindered by your body.

May the rescued residents that follow in your footsteps enjoy their days at the Sanctuary as much as you did. And make sure as they arrive, they hear your special call welcoming them to their forever home.

You will always be a special part of TWS and a voice for those still in need of rescue.