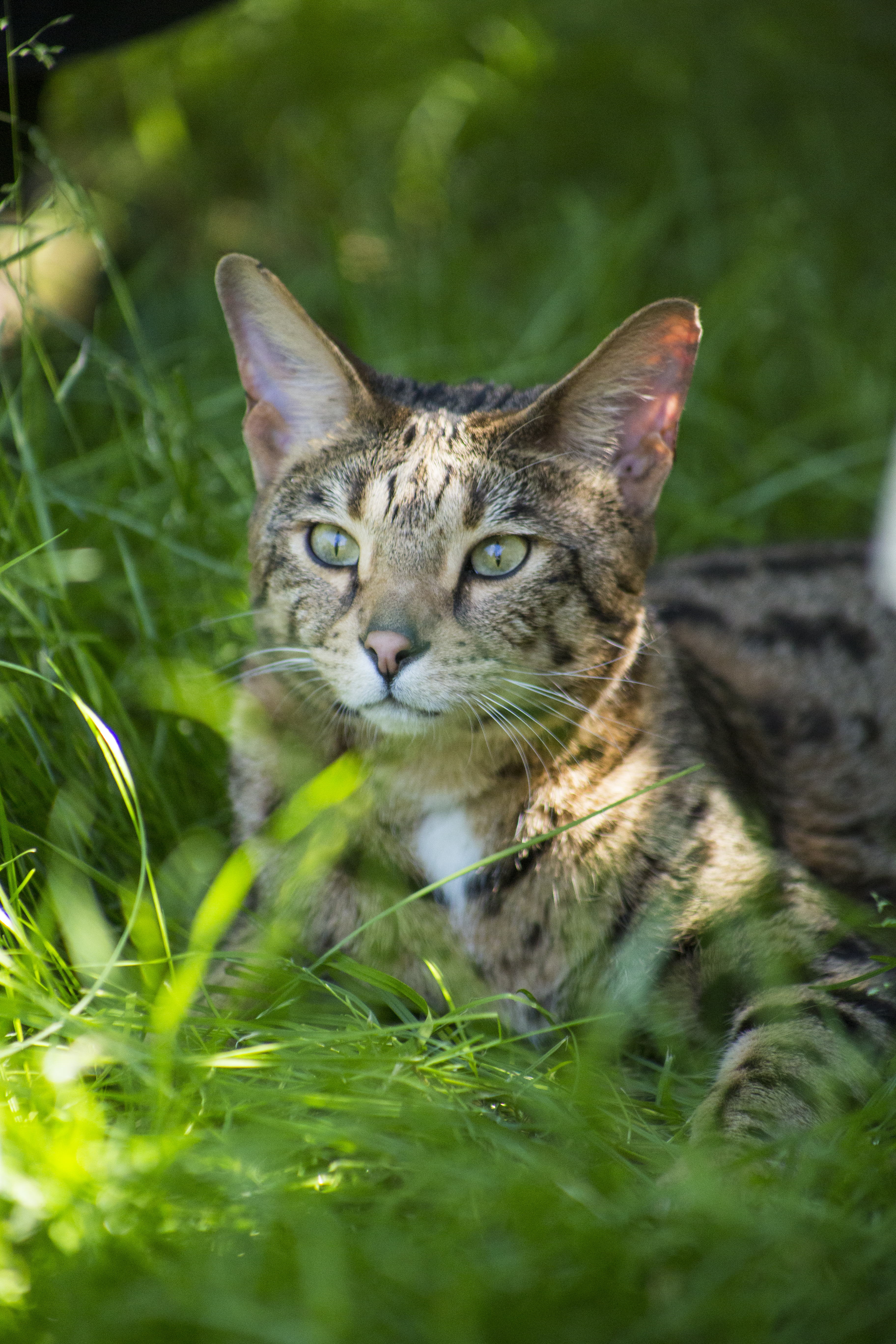 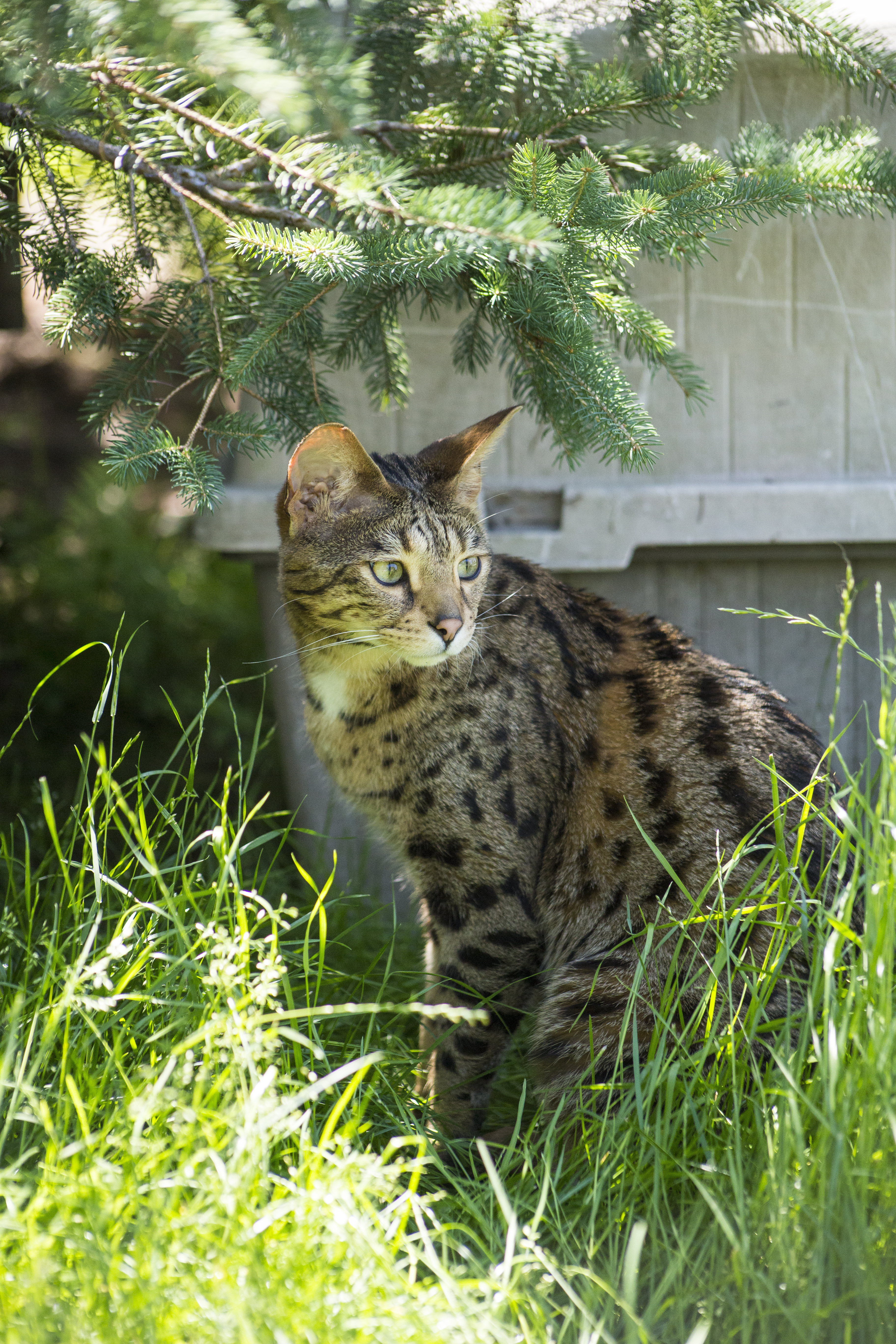 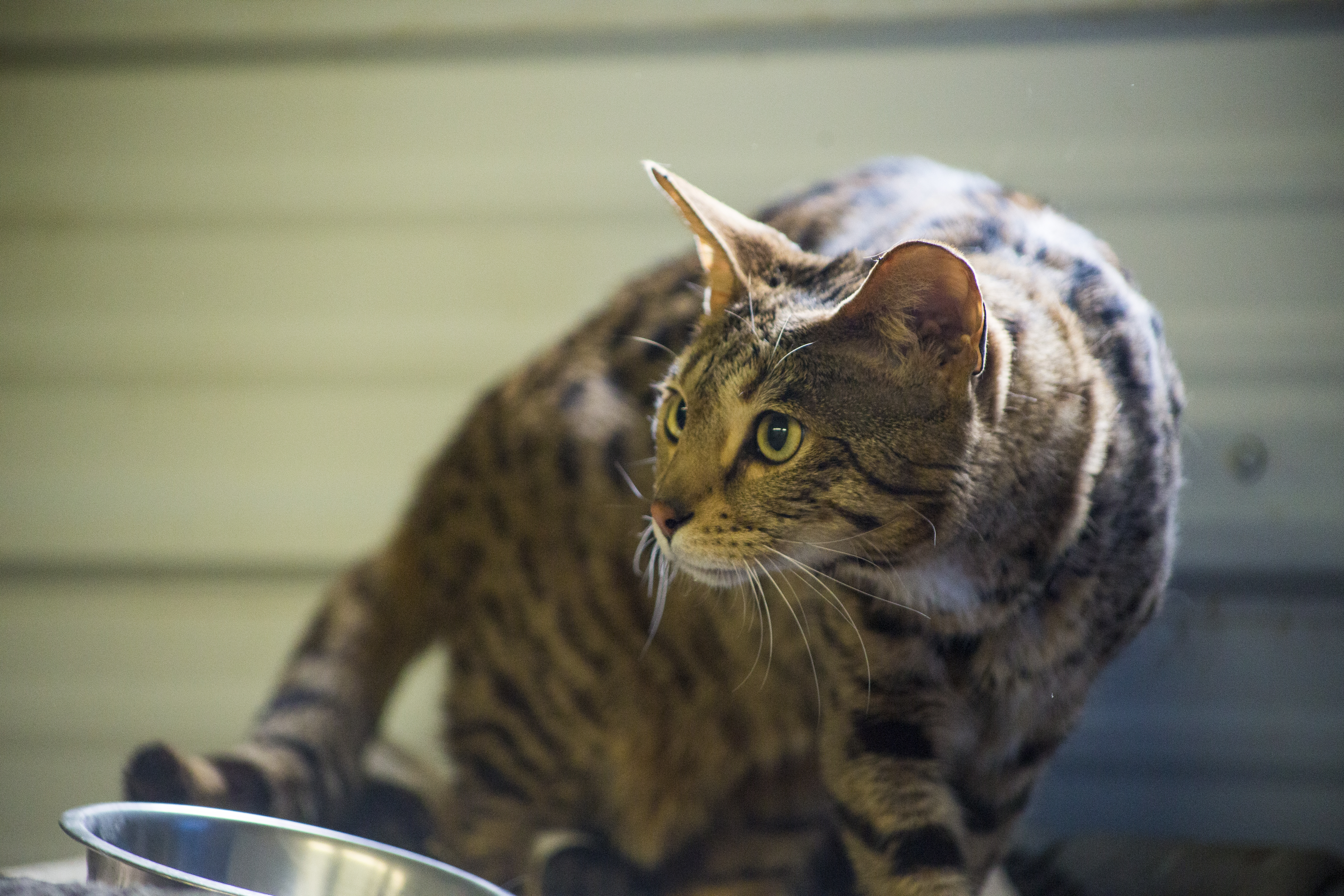 Thor is a male F2 Savannah who came to the sanctuary in July of 2019. He was three years old at the time.

It’s cases like his that break our hearts and why we’re always trying to educate the public about hybrids and why you shouldn’t buy them from breeders. Thor’s owner was promised by the breeder that Savannah cats use the litter box, just like domestic cats. That was NOT the case.

We can’t help but be mad at these breeders who make promises that can’t be kept. It tears apart two lives – the human’s and the cat’s. Thor’s owner reached out to the breeder for support and never even received a return phone call.

This isn’t the first time we’ve heard this story. It’s a pattern that’s like a broken record, and keeps repeating itself. Breeders who are selling hybrids and wild cats as pets need to be held accountable. That’s why we educate as much as we do. To prevent hybrids like this from being bred and purchased at all. And it’s why we support legislation that prevents private breeding and ownership of hybrids and wild animals as pets.

Thor’s owner was committed to him. She tried everything she could in hopes he’d stop marking the house. She had scheduled feedings and bathroom breaks, brought him to the vet where cat Prozac was recommended.

We’d connected with her about a year ago, and she was continuing to try to make it work. She really loved Thor and didn’t want to give him up or turn his world upside down. But in the end, she knew it wouldn’t work for her or Thor. The owner is brokenhearted. 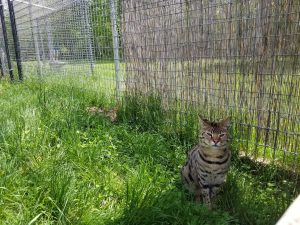 And now, Thor needs to start a new life. We know he’ll be very happy here. We’ll be introducing him to others of his own kind so he’ll have companionship. And he’ll be able to stretch his wild side in a habitat designed specifically for hybrids like him.

After a bit of time here, Thor found his perfect buddy – Maximillion, another surrendered Savannah cat. Maximillion had lived alone for quite some time. But when he showed some interest in Thor through a shared wall, they had many successful play dates and are now living together! 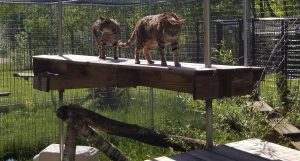 Caring for a wild cat for life – even a small hybrid like Thor – can be quite expensive. Hybrids usually come to us with genetic and/or medical issues due to their breeding.

Our sponsorship program helps support the cats’ care costs and allows you to form a special bond with them. Would you consider becoming Thor’s sponsor parent?