Residents In Memory Zepo – In Memory 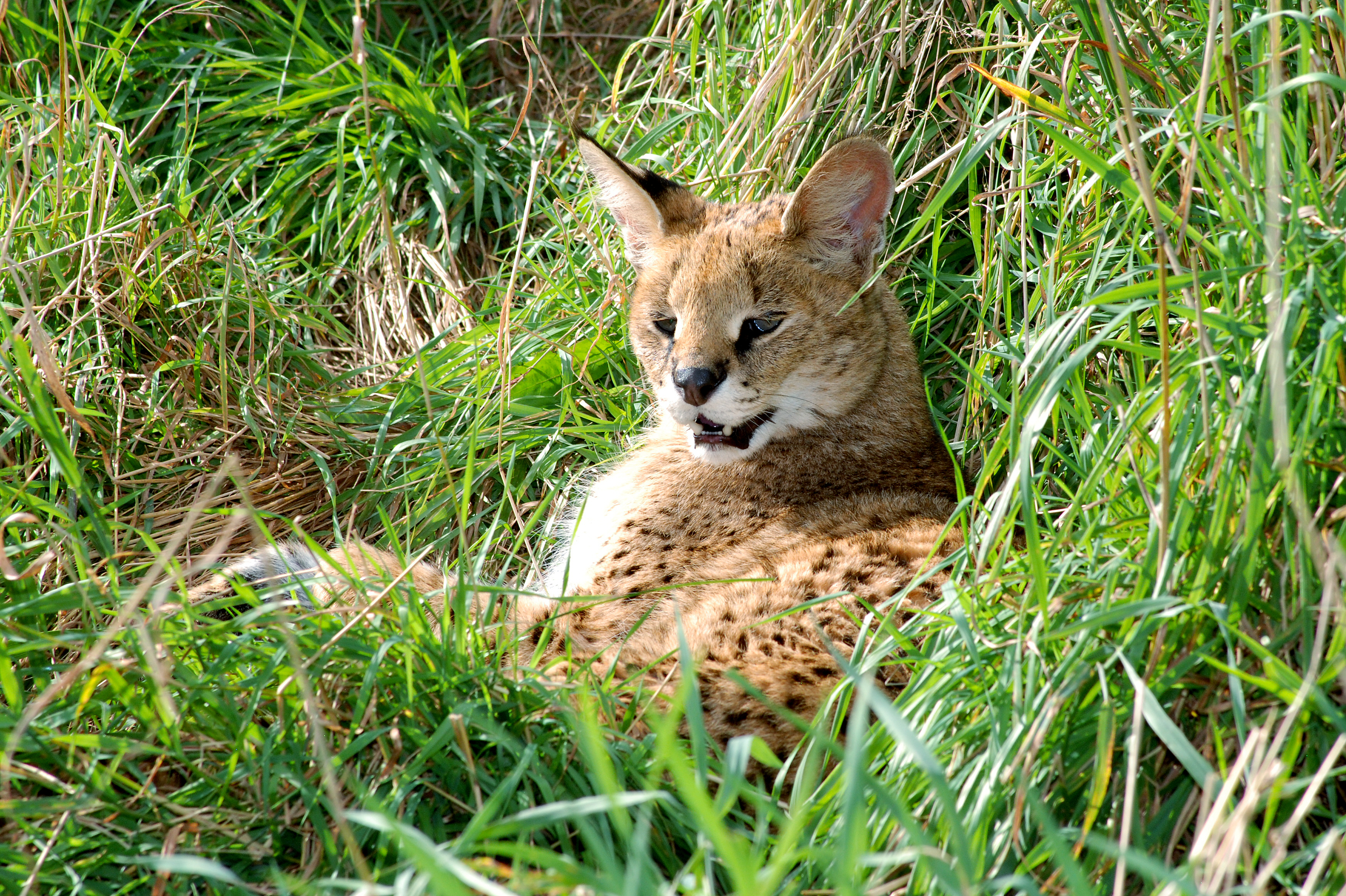 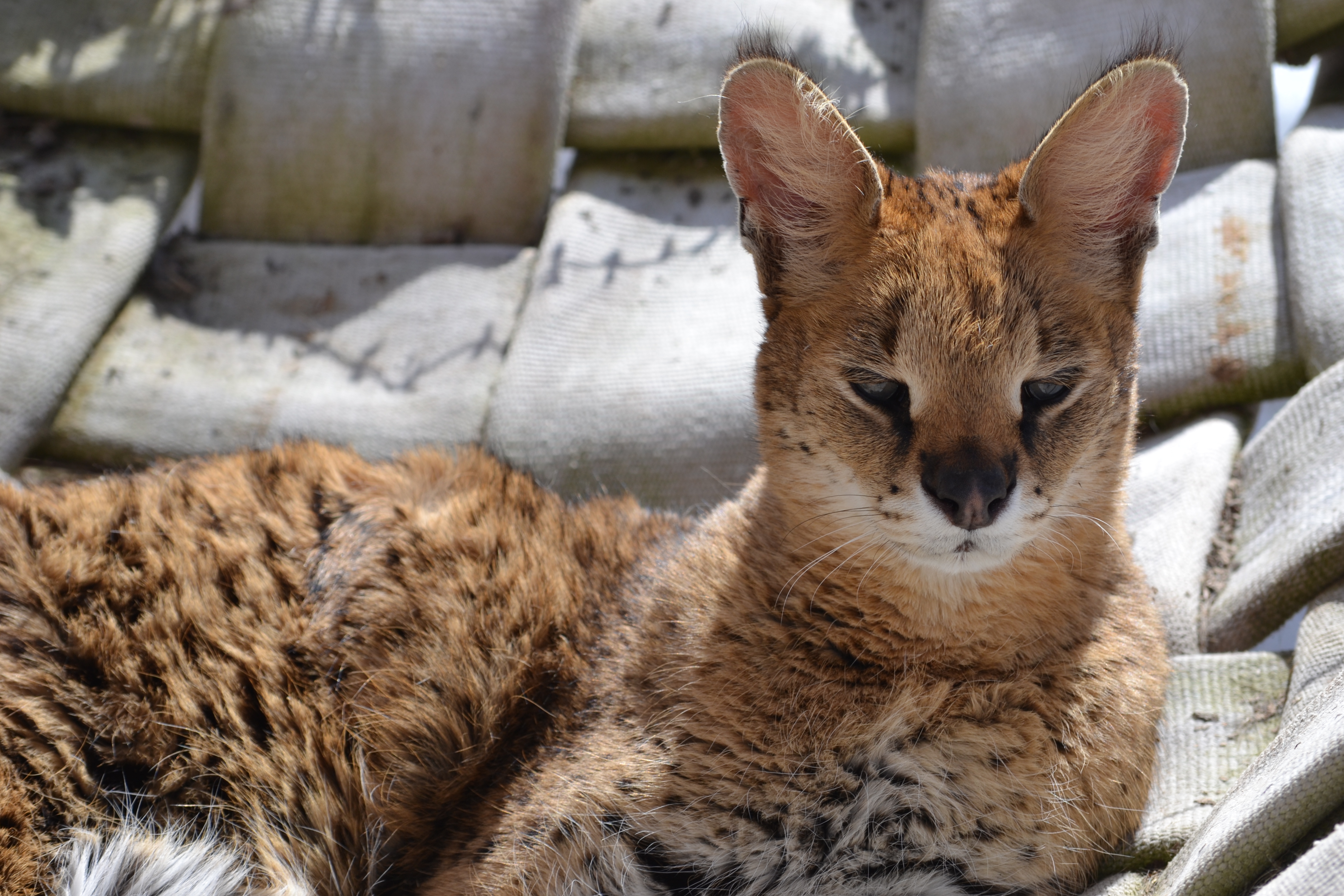 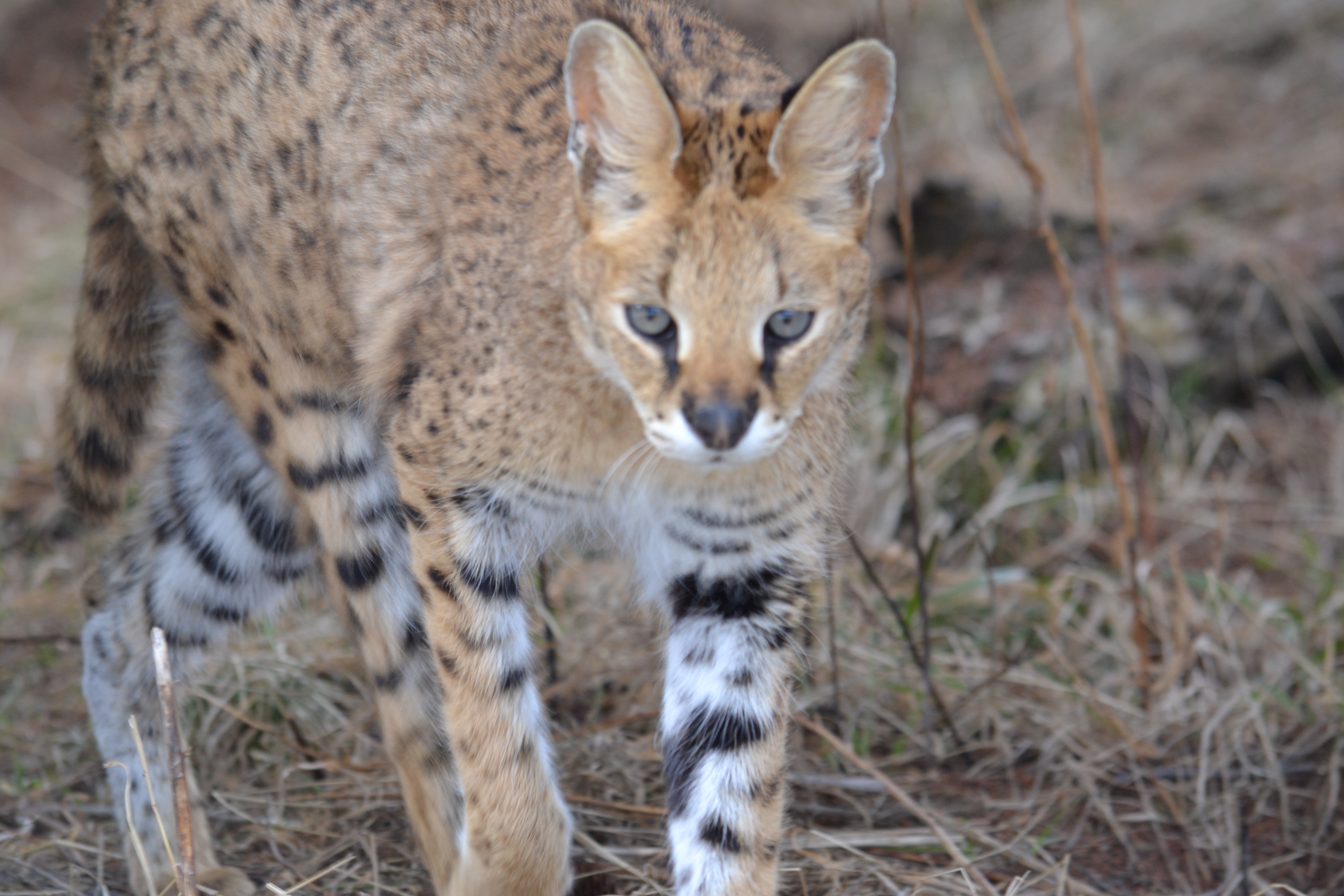 We received a call from the Humane Society regarding a wild cat who was being kept in a suburban area of Minneapolis. The humane officer had spoken with the owner. He would willingly surrender the cat because he was biting his son and girlfriend. At the time of the surrender, Zepo’s story was featured in City Pages. 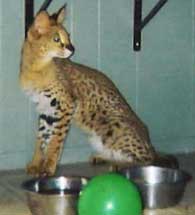 TWS was provided very little information about Zepo the caraval’s background. A caraval is a cross between a serval and a caracal.

We do know that this man was Zepo’s second owner. The first owner had purchased Zepo from a breeder in northern Minnesota. The man who surrendered Zepo informed us he had no toys or “personal” items to come with because Zepo destroyed everything.

Zepo arrived dealing with a few medical issues, including ear mites and a bacterial infection. At two-years-old, Zepo weighed a mere 13 pounds and vomited frequently. Zepo’s malnourishment was caused by an intestinal blockage.

Zepo underwent emergency surgery to remove the foreign object—a large piece of plastic about 1-inch in diameter that he’d ingested prior to coming to TWS. Zepo rebounded nicely from the medical conditions he came with.

Bosco, a baby serval, did not care about the differences and saw something special in Zepo. The other servals opened up to Zepo when they saw the special bond that developed between him and Bosco. We’re happy to report Zepo’s now a full-fledged member of the team. 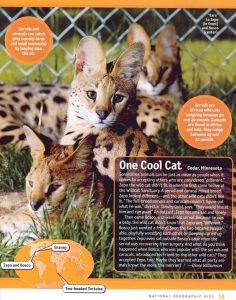 This story of friendship through diversity caught the eye of a National Geographic Kid’s Magazine editor who put their story in the October 2003 issue you can read HERE.

Zepo now shares a habitat with other servals who have whole-heartedly accepted him. He has also completely overcome all the health issues he came to TWS with.

Formerly a cautious and apprehensive cat, Zepo has blossomed into a confident and inquisitive soul. We feel so fortunate to be able to provide Zepo a home where he can be wild at heart.

Our hearts are heavy as we had to say goodbye to Zepo, the caraval.

At 15-years-old, he was geriatric.  Caracals normally live between 15-17 years in captivity and hybrids lives are even shorter.

Even so, Zepo didn’t seem old to us.  We have had cats live to be in their 20’s. Zepo had health issues over the years and so we were hoping this was another hurdle we could get him through.

He had good and bad days.  He was calm and patient during the bad ones, and playful and full of personality on the good ones.

Zepo was different, not just because he was a hybrid between a caracal and serval,

but because he was so accepting.  He accepted every cat he was ever introduced to, even if they didn’t.  And in his 14 years at the Sanctuary, that was quite a few.

He had special bonds with servals Bosco and Rocky. He was calm and happy and accepted his life in captivity, lliving each day to the fullest.  Even during his recent medical issues, he was patient and accepted the treatments we provided to try and pull him through.

Zepo touched so many during his lifetime. His rescue was featured in a local paper educating many people why exotic cats do not make good pets.

His story of friendship with Bosco was featured in National Geo Graphic kids magazine educating future generations about tolerance.  And over the 14 years of his life, he touched every caretaker, intern, volunteer and sponsor parent.

Even the last few months of his life, he was still making an impact on us. Due to his unique symptoms, specialists, sanctuary veterinarians and exotic veterinarians were involved in his case.  Some checked in every day to see how he was doing and how he was responding.

During the last month, our own veterinarian and caregivers spent so much time with him and we felt so connected.  He was so patient and allowed each of us to do what was needed for him.

It’s been a devastating loss, but he told us it was time to let go.  He accepted it and we had to honor that for him.

We know he is stronger now without his body to hold him back. He was part of our feline family for over a decade and it won’t be the same without him here.

Zepo, it was our honor and privilege to be your caregivers.  You were truly special in so many ways. Enjoy your freedom and visit us often.