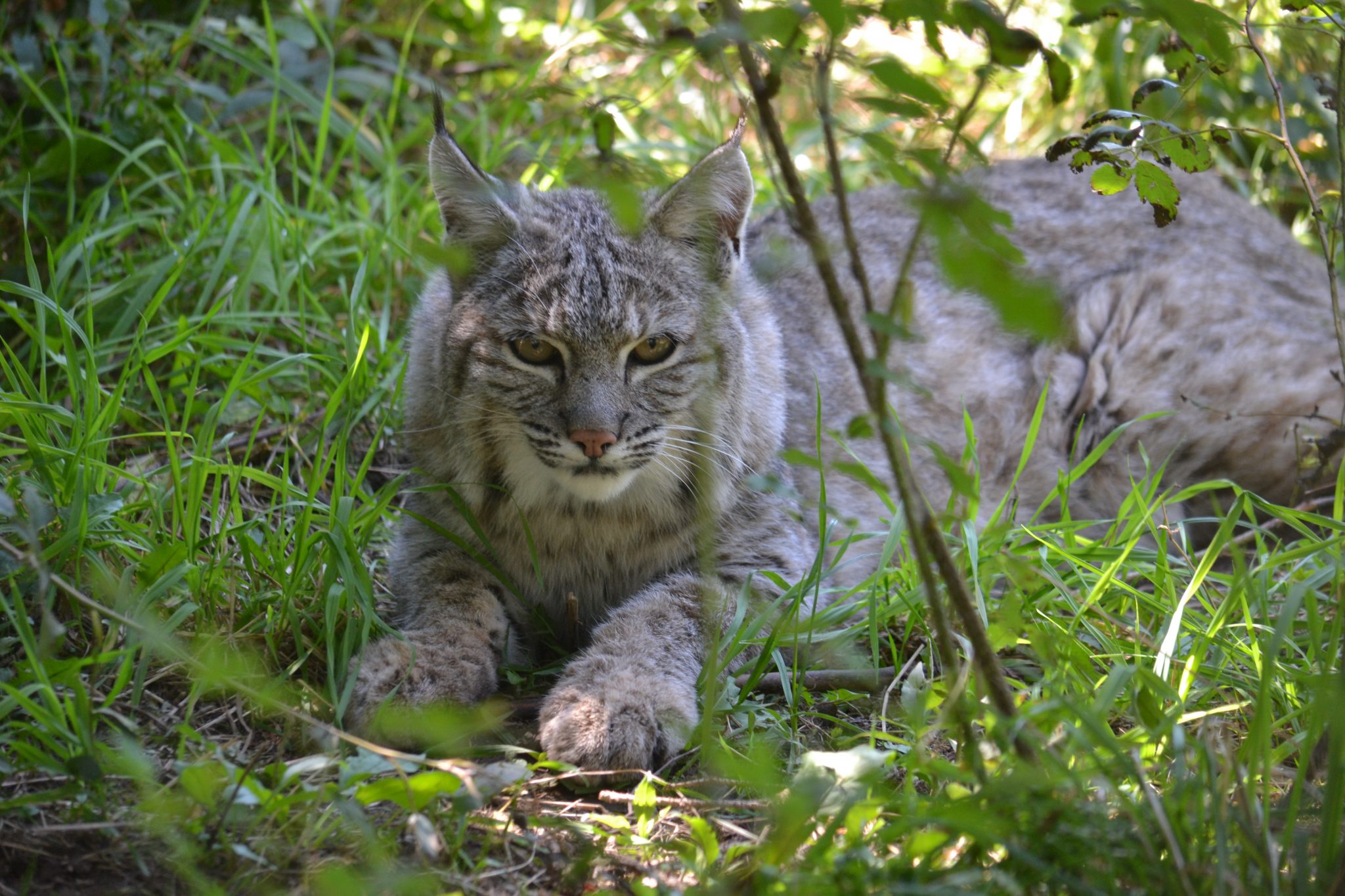 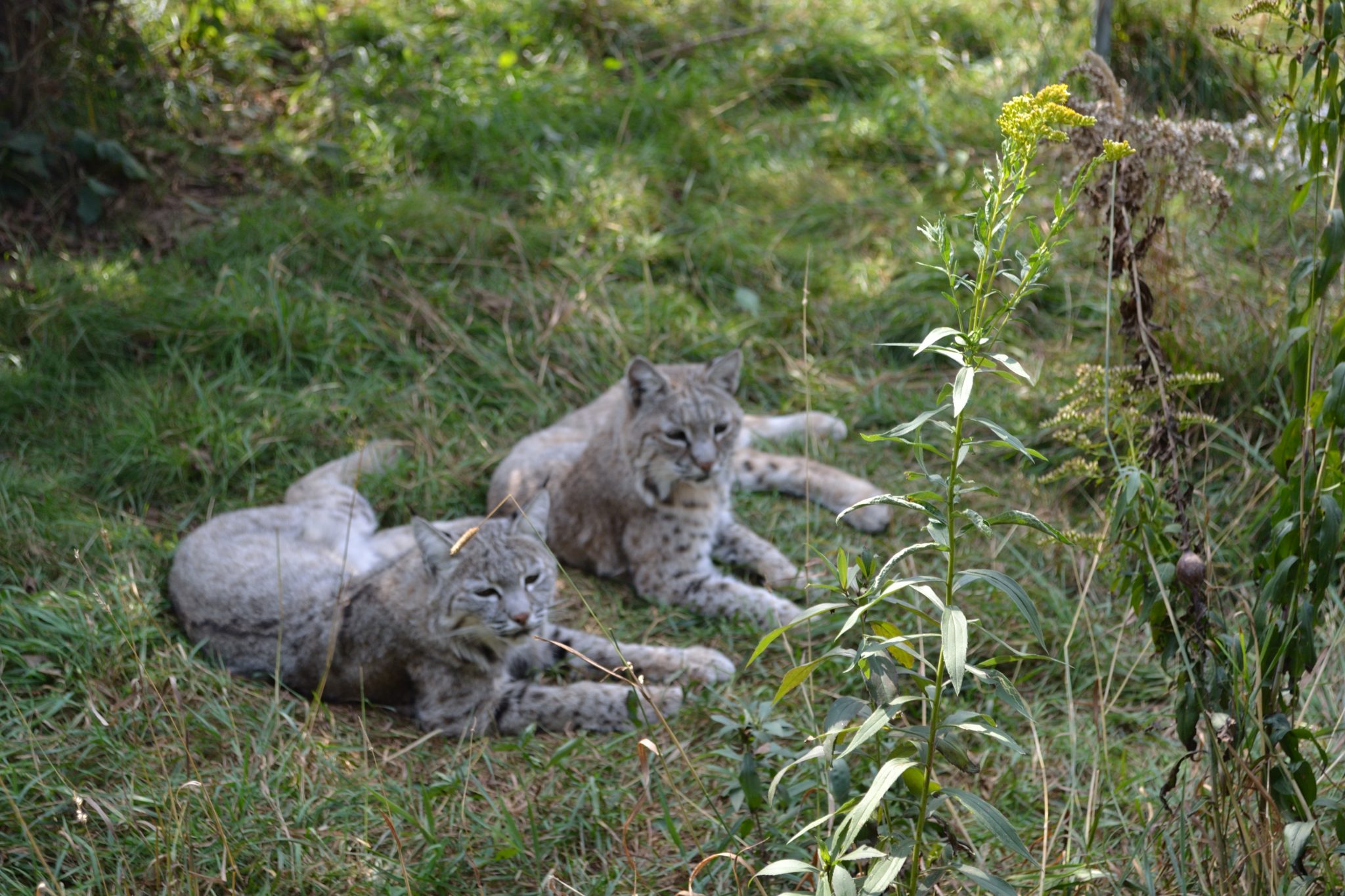 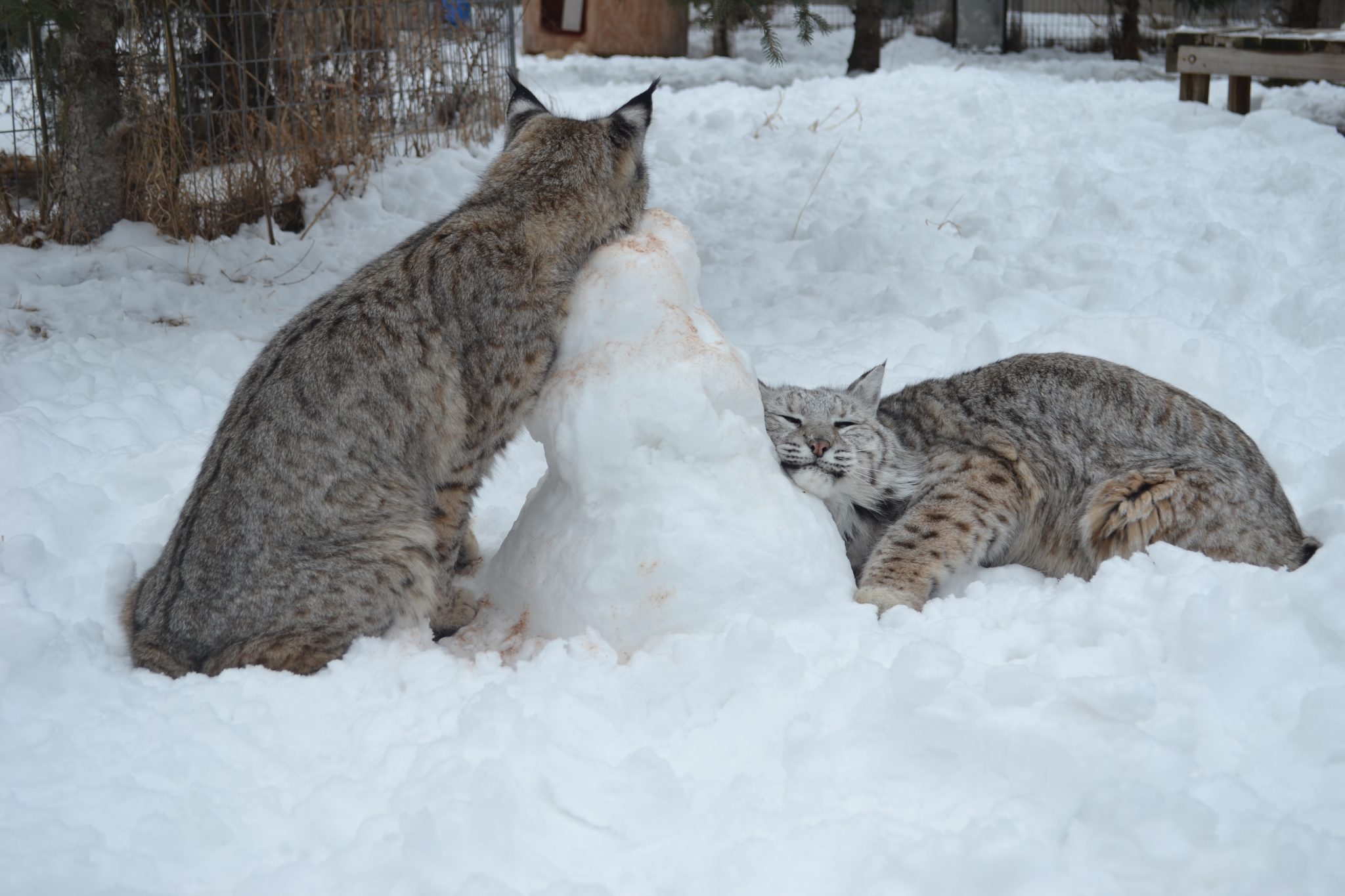 Brianna is a female bobcat who arrived at the sanctuary in 2012. She was 5 years old at the time.

We’d received a call from a Minnesota owner of four bobcats looking to relinquish them.  His 3-year old granddaughter had a very close call while near one of the cages and the owner was also scratched severely, requiring stitches.  His family convinced him to reach out to The Wildcat Sanctuary in order to spare the bobcats’ lives. 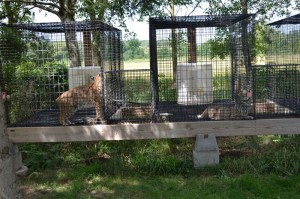 Sadly, in order for the owner to remain detached, none of the bobcats had been named. We agreed to take them in, since we were concerned about the safety of this family and the lives of these bobcats.  All of our permanent enclosures were full, so we quickly built temporary enclosures for them.

The bobcats lived in 4×8 wire suspended cages in the owner’s backyard.  The pick-up went extremely well and the owner was very helpful. Once we 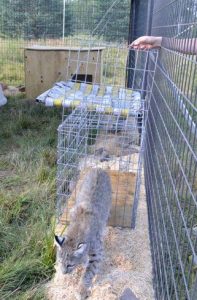 safely captured and  transported the bobcats back to the sanctuary, our vet performed intake exams, as well as spay and neuters on them.  All were treated for intestinal parasites, too.

Having never felt grass under their paws, this would be the bobcats’ first opportunity.  It was a joyous moment when they were released into their habitat here at the Sanctuary.  They began acting like kittens, exploring their new areas, tossing their enrichment high into the air, batting it around and rolling in the grass and on the different scents.

We could hardly contain our tears as we watched them jumping from hammock to den, marking and hugging everything in sight.  What a great day providing a home to these wild cats in need, giving them a second chance at life!

Brianna and Stelter have lived together here at the sanctuary for many years now. Being able to give them companionship for life, and the chance to live wild at heart is the greatest gift ever!

Lifelong care for wild cats is very expensive. That’s why we started our sponsorship program, to help cover these costs. Would you consider being Brianna’s sponsor parent?

Or even a one-time donation toward her care goes a long way in helping.  It’s easy using the buttons at the top of this page. Thank you for your compassionate support! 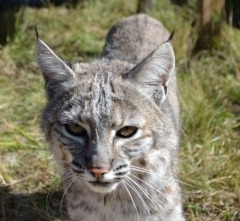 Brianna was named by supporter Charlene Boden who won the naming rights via our eBay auction.  Brianna means “Strong One,” which she definitely is since she always puts herself between her caregivers and her male companion.  Charlene thinks she would have been a good huntress since she’s an alpha female, for sure.

It’s been a few months since four bobcats were rescued and brought to our Sanctuary.  And my, oh my, how life has changed for them! 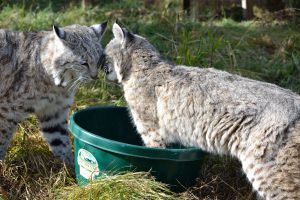 Three major news media stations were on-hand to cover the story of their rescue.

You can watch their coverage here: