Residents In Memory Hamlin – In Memory 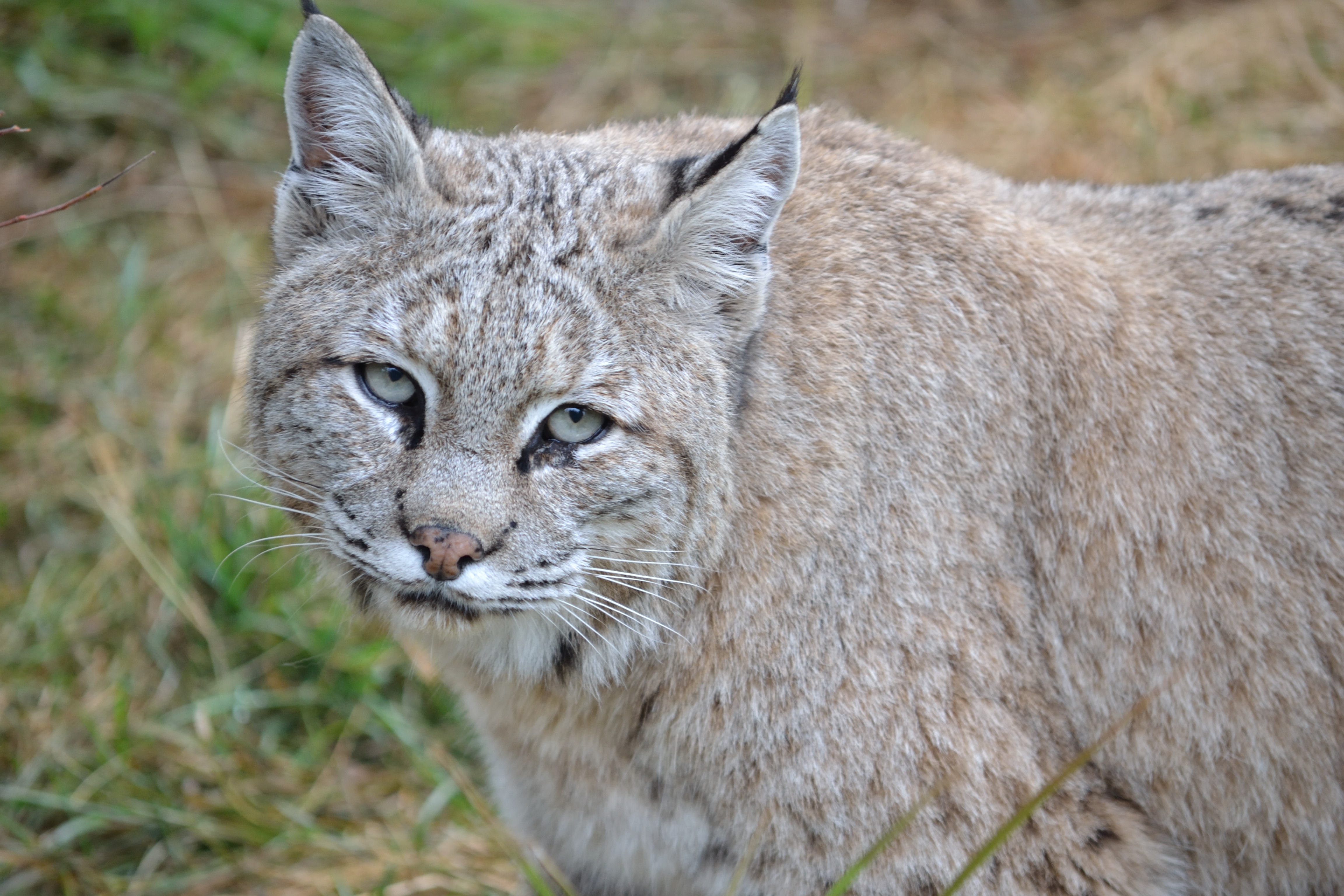 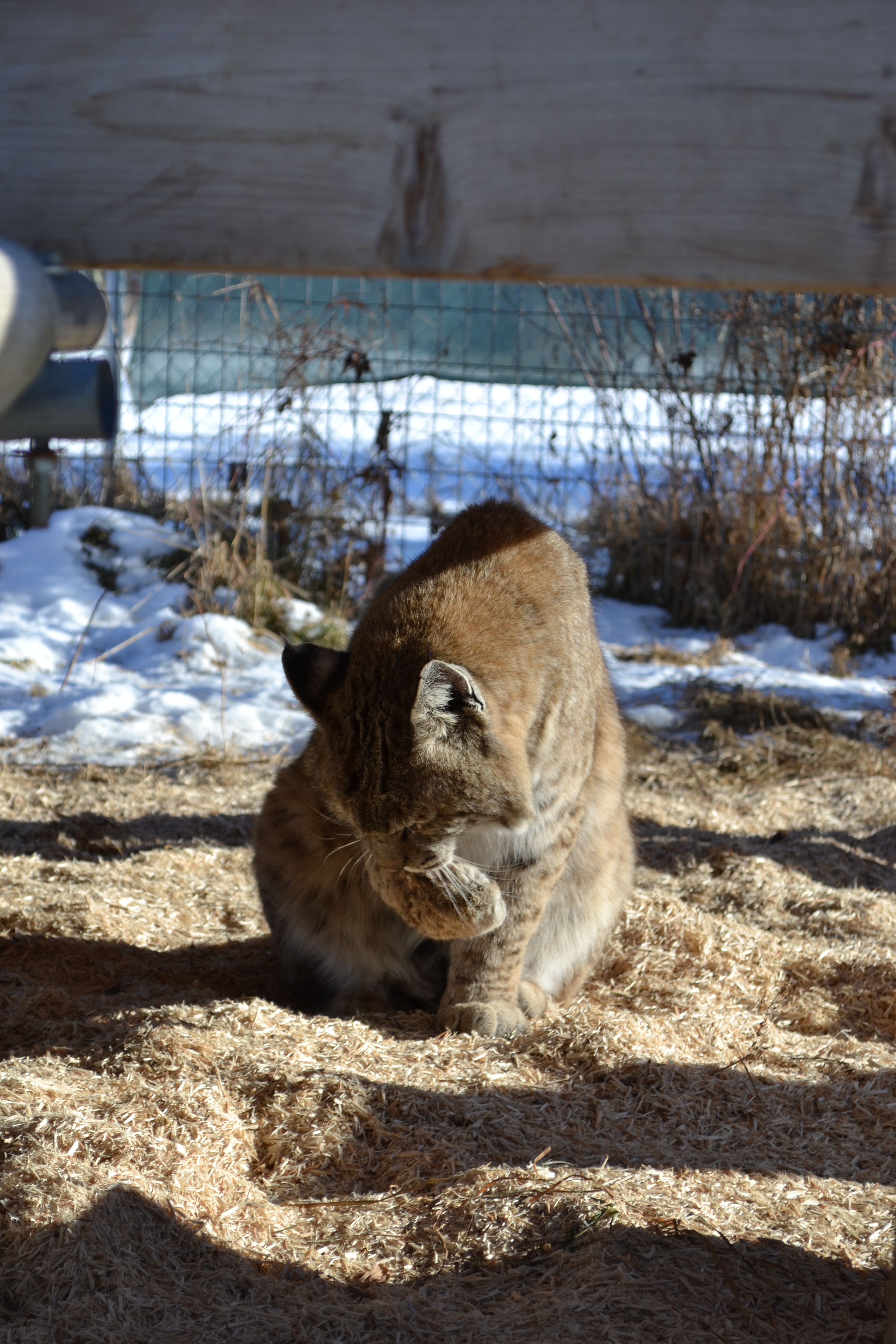 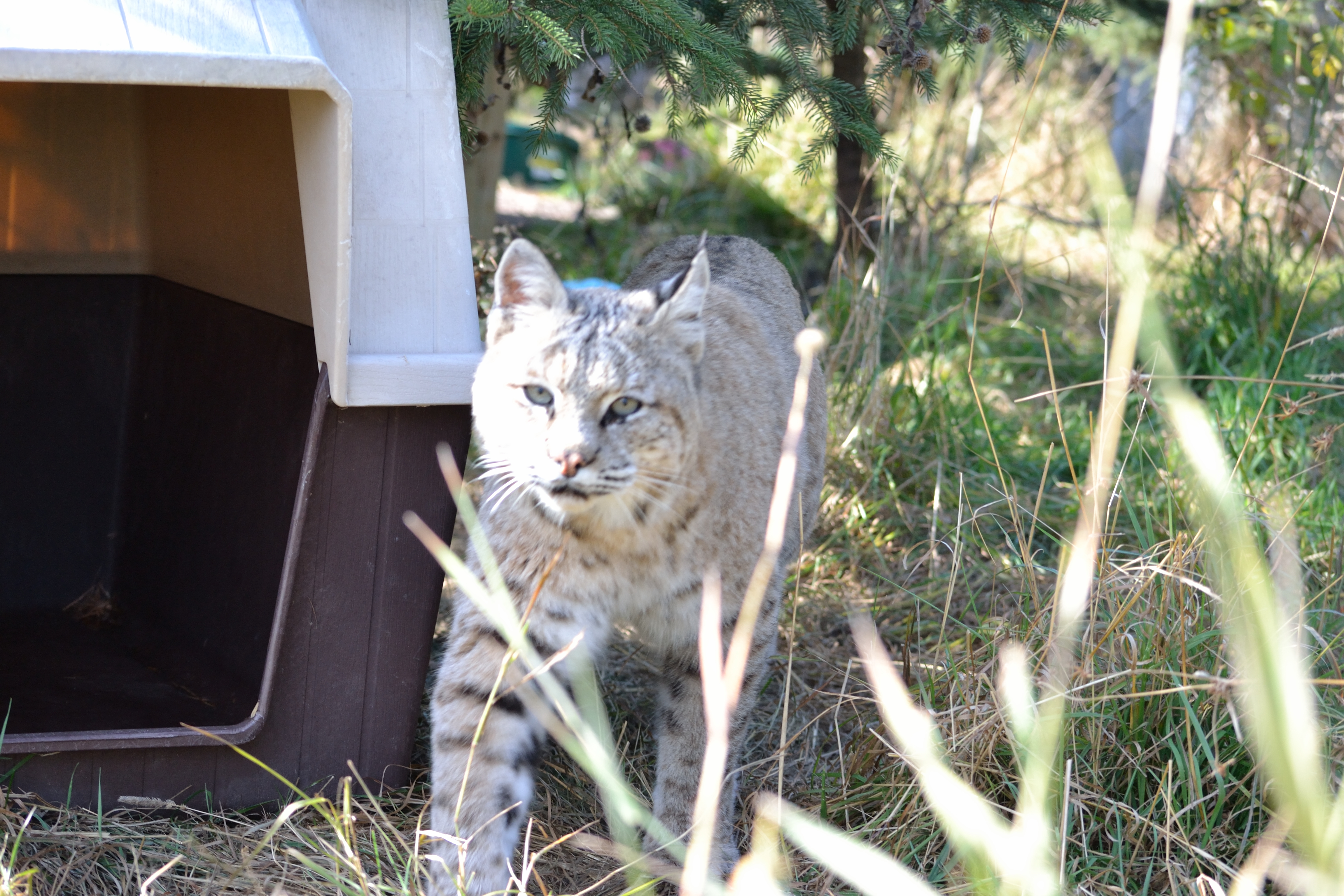 We received a call from a Minnesota owner of four bobcats looking to relinquish them.  His 3-year old

granddaughter had a very close call while near one of the cages and the owner was also scratched severely, requiring stitches.  His family convinced him to reach out to The Wildcat Sanctuary in order to spare the bobcats’ lives.

Sadly, in order for the owner to remain detached, none of the bobcats had been named.  We agreed to take them in, since we were concerned about the safety of this family and the lives of these bobcats.  All of our permanent habitats were full, so we quickly built temporary enclosures for them.

These bobcats lived in 4×8 wire suspended cages in the owner’s backyard.  The pick-up went extremely well and the owner was very helpful. Once we safely captured and  transported the bobcats back to the Sanctuary, our veterinarian performed intake exams, as well as spay and neuters, on them.

Three of the four bobcats will need full dental treatments due to advanced dental disease.  Two of the bobcats were spayed and neutered right away, with the remaining two scheduled soon after.  All were treated for intestinal parasites, too.

Having never felt grass under their paws, this would be the bobcats’ first opportunity.  It was a

joyous moment when they were released into their habitat here at the Sanctuary.  They began acting like kittens, exploring their new areas, tossing their enrichment high into the air, batting it around and rolling in the grass and on the different scents.

We could hardly contain our tears as we watched them jumping from hammock to den, marking/hugging everything in sight.  What a great day providing a home to these wild cats in need, giving them a second chance at life!

We are so thankful they are with us, too!

Hamlin has a name now

One of our top supporters, Russell Cowles, had a wonderful idea of recognizing one of our volunteers.

Hamlin looked healthy during his intake exam, but he’s scheduled for a special neuter for his cryptorchid.  He had fleas and intestinal parasites, but was in good condition otherwise.

It’s been a few months since Stelter, Brianna, Felicity, and Hamlin were rescued and brought to our Sanctuary.  And my, oh my, how life has changed for them!

You can tell, from these pictures, that they’re so happy they literally kiss the ground they walk on!!

No longer timid, they’ve spent so much of their time exploring around the tall grass and flowers of their summer habitat.  The trees, hammocks, pools, perches, and indoor dens have been such treats for them.

Imagine how life has changed from what little they had before to all we’ve been able to give them now. 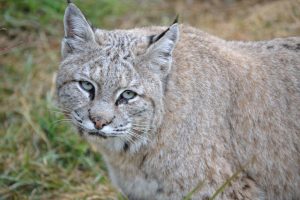 We are shocked and devastated at the sudden and unexpected loss of sweet Hamlin the bobcat.  Hamlin died suddenly from a bone fragment that was found lodged in the soft tissue at the bifurcation of the trachea.

This is an extremely rare occurrence in captivity, but also could happen in the wild.   The location of the bone fragment was not operable.

Bones, muscle and organ meat are all a crucial part of a wild cat’s diet.  This is first time something like this has happened at our sanctuary and we’re so saddened by the loss.

Even though he was only with us a short time, his curiosity and loving nature made everyone instantly fall in love with him.  He came with three other bobcats this past summer from a private owner here in Minnesota.  Once here, he was the first to venture out of his crate and feel grass under his feet for the first time.

He discovered so many other new experiences, too. Like lounging on a fire hose hammock all snuggled up with Felicity and shredding his very first paper towel roll enrichment.  One would think after enduring a life in a tiny cage above the ground, some anger and resentment of humans would exist, but not for Hamlin.

He was always happy to see the staff and would purr and rub on the fence to get our attention.  One of the reasons we gave him the name Hamlin, other than after one of our volunteers, is that he was a ham and loved the limelight.

We’re so glad he was able to experience freedom while he was here. I can honestly say watching him, Stelter, Brianna and Felicity run, play and be bobcats is one of my greatest memories and a victory for all exotic pets in the world.

So goodbye sweet Hamlin, freedom is yours now and forever.  We will never forget you and be forever grateful to have known you.

hree major news media stations were on-hand to cover the story of their rescue.  You can watch their coverage here: